The 12VHPWR adapter meltdown problem would concern " about 50 cases worldwide ".

When NVIDIA launched the first graphics card of its new "Ada Lovelace" generation with great fanfare on October 12, it obviously didn't expect to have to deal with such a problem. However, for a few weeks now, rather than talking about the performance of these power monsters, we have been talking mainly about 1/ the very high price of the RTX 4080 and RTX 4090 or 2/ the melting problem reported by several users around the world. A problem that concerns both the 12VHPWR adapter used to connect the cards to "old" power supplies and the socket on the graphics card itself.

Aware of the risk to its brand image, NVIDIA quickly reacted by indicating that it was requesting the return of all affected cards to be able to conduct an accurate investigation. Since this request for recall, the American company had however kept silent and it is specialized sites that have tried to understand the why and how of the casting. Without advancing any definitive conclusion, the site Igor's Lab came back on the quality of the adapter. Two versions of this adapter exist - manufactured by Astron or NTK - and the quality of manufacture is not the same: the NTK one would be better designed and would avoid bad connections. Igor's Lab actually states that it would seem that the connection is largely to blame for these melting problems.

An observation that Gamers Nexus also makes in its survey video, in which it goes further by concluding unequivocally on the insertion of the cable/adapter in the socket: an incomplete insertion would indeed be the cause. Very quickly after the publication of the Gamers Nexus video, NVIDIA issued an official communication that goes in the same direction. Relayed by Videocardz, the company's press release first specifies that the casting problem only affects a few users, " about 50 cases worldwide ". NVIDIA continues: " To date, our findings suggest that the concern is related to incomplete insertion of connectors into the card." The company goes on to explain that the first step is to insert the cable into the graphics card, " firmly and evenly ". Only then does the company recommend inserting the card into its PCI Express slot. 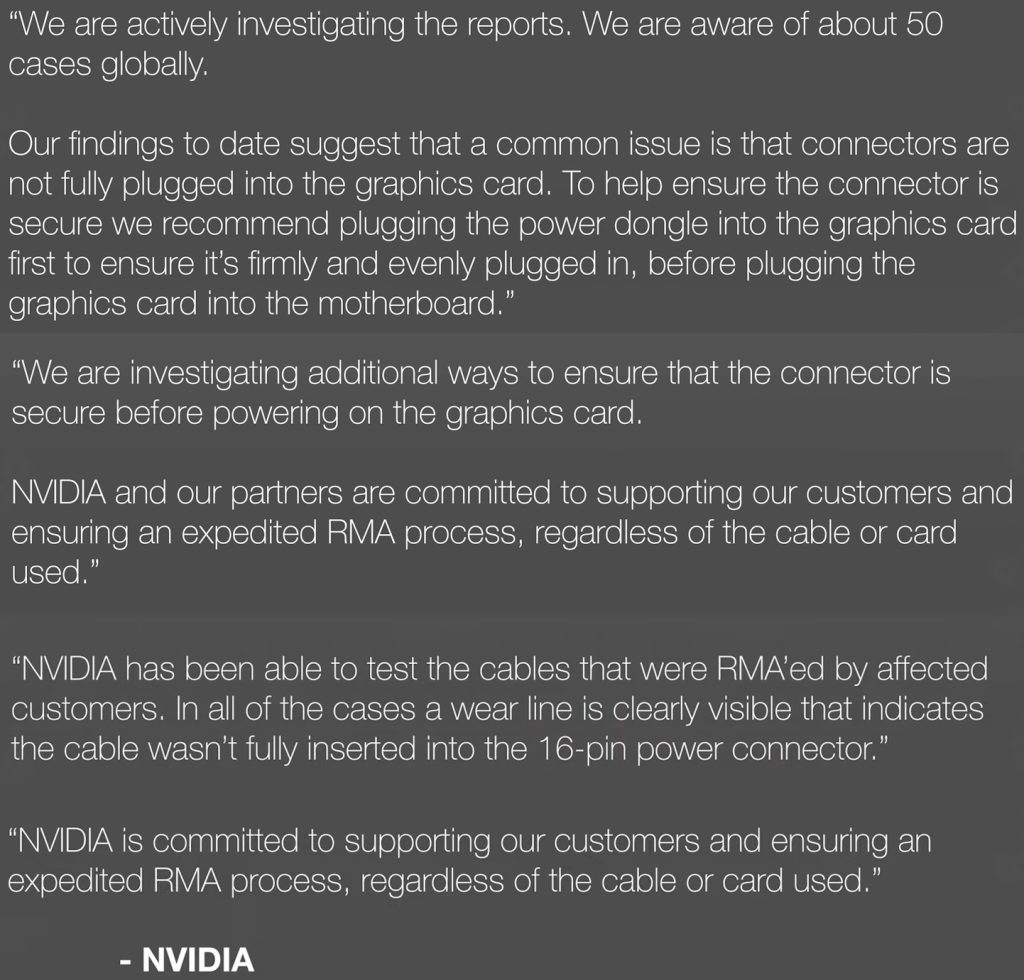 Without saying so clearly, NVIDIA still implies that the nature of the adapter, cable or plug could be improved and explains that it is " working on new methods to ensure that the connector is secure before power ing up". Fortunately for those affected by the problem, NVIDIA and its partners are committed to " supporting users and validating the return process regardless of the cable and card used " before stating that the investigation is still ongoing and ending with two photos to highlight the good and bad connection of the cable/adapter in the graphics card. 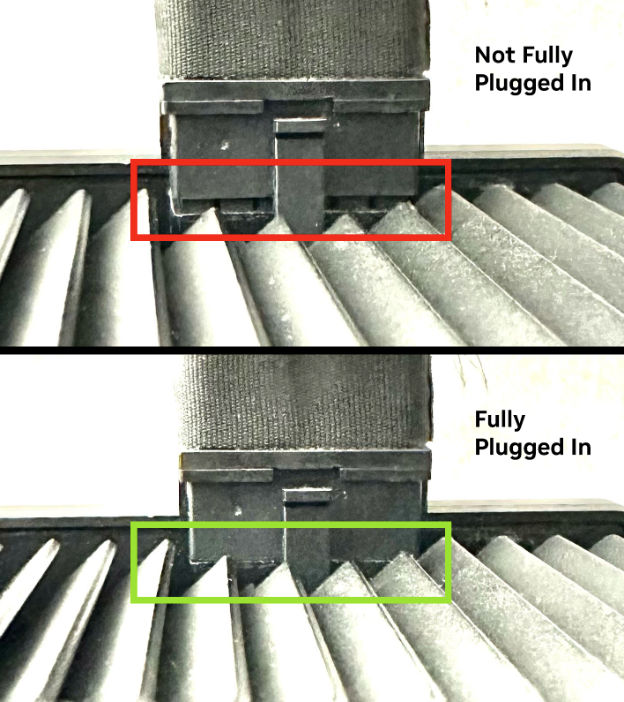