Aware that the graphics card battle is no longer won on the hardware alone, AMD is putting more and more energy into the software environment of its products.

Just last week, AMD followed NVIDIA's lead. While Jensen Huang's company presented its Ada Lovelace architecture and the associated GeForce RTX 4090 on September 24, 2022, AMD waited just under a month to show off its new graphics architecture. Called RDNA 3, the thing was revealed by Lisa Su - CEO of AMD - during the event " together we advance_gaming " held in Las Vegas. We have already had the opportunity to present the two cards announced at this event, the Radeon RX 7900XTX and Radeon RX 7900XT.

At least as interesting, the event allowed AMD to show its commitment to innovation. It is true that the most recent technologies were rather the prerogative of NVIDIA. AMD reacted by indicating that its RDNA 3 graphics cards will be the first to support DisplayPort 2.1 connectivity. The idea is obviously to accept much larger image definitions while improving the refresh rate of lower definitions. The table above summarizes things very well and points out that DP 2.1 allows 8K content at up to 165 Hz and, excuse the pun, at 900 Hz in 1440p. 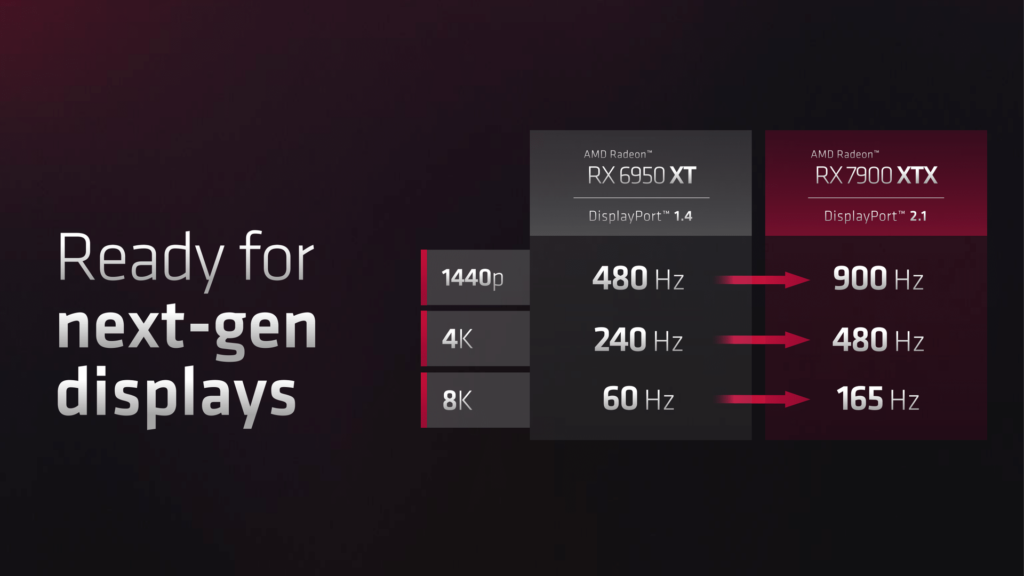 As with every technical leap, the question "Do we really need all this? a question that concerns much more the 1440p, which has little interest at 900 fps, than the 4 or 8K, which are still progressing a little less. However, offering an 8K display at 165 Hz does not seem to make sense and even a Radeon RX 7900XTX would struggle with such an image. To do this, AMD has decided to launch the third version of its FidelityFX Super Resolution. A third version in a very short time finally, proof that AMD 1/ believes in the super-sampling technology and 2/ wants to put all the means to ensure its deployment. 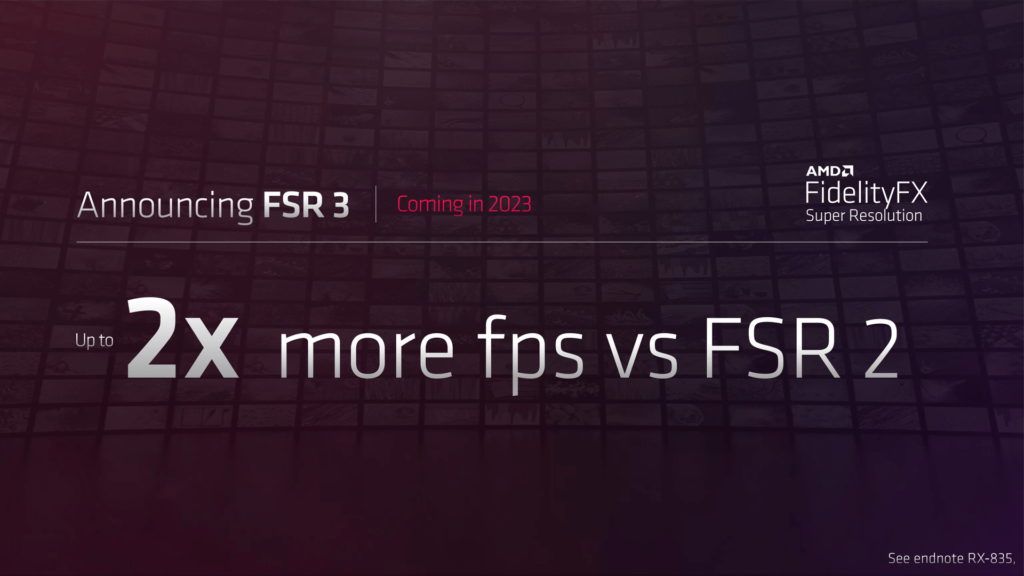 Alas, the FSR 3 will not be available before next year without any other precision from AMD which still takes the trouble to announce performances " up to twice as high " as those of the FSR 2 technology. To achieve this, the FSR 3 seems to use what specialists call " Fluid Motion Frames " while machine learning has not been retained by AMD on this version of the FSR. A version that should land on the Radeon RX 7000, but perhaps also on some older models. 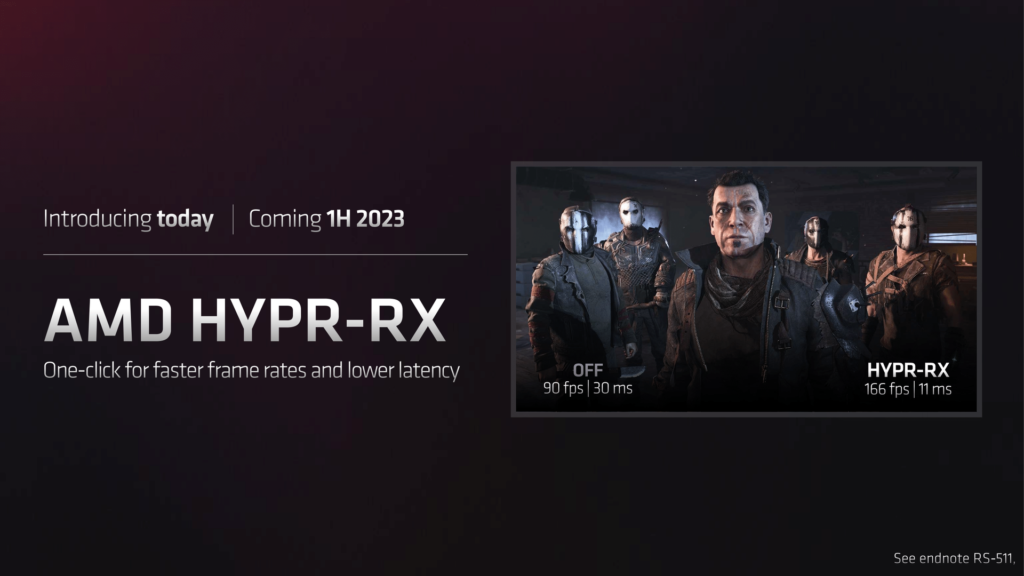 Finally, as if to support its commitment to make its technical findings accessible to the greatest number of people, AMD has come up with the HYPER-RX tool. Here again, things are rather vague as AMD has not planned to release HYPR-RX before the first half of 2023. The interest of HYPR-RX is obviously, especially for beginners: it should allow to activate, with a single mouse click and on all supported games, the best optimizations implemented by AMD from FSR to AntiLag and Boost to name a few.