Microsoft's fall event was of course an opportunity to update the Redmond giant's hardware configurations.

Alongside the Surface Pro 9, a hybrid machine halfway between the classic laptop and the big tablet, Microsoft had the idea of renewing its Surface Laptop and Surface Studio. In the first case, the novelty is called, as classically as possible, Surface Laptop 5. The most visible feature of this fifth version is undoubtedly the switch to a new generation of Intel processors, in this case the 12th. It's funny that this announcement comes today, just as Intel is preparing to launch its 13th generation of processors, which won't be available in laptop form for several months yet. 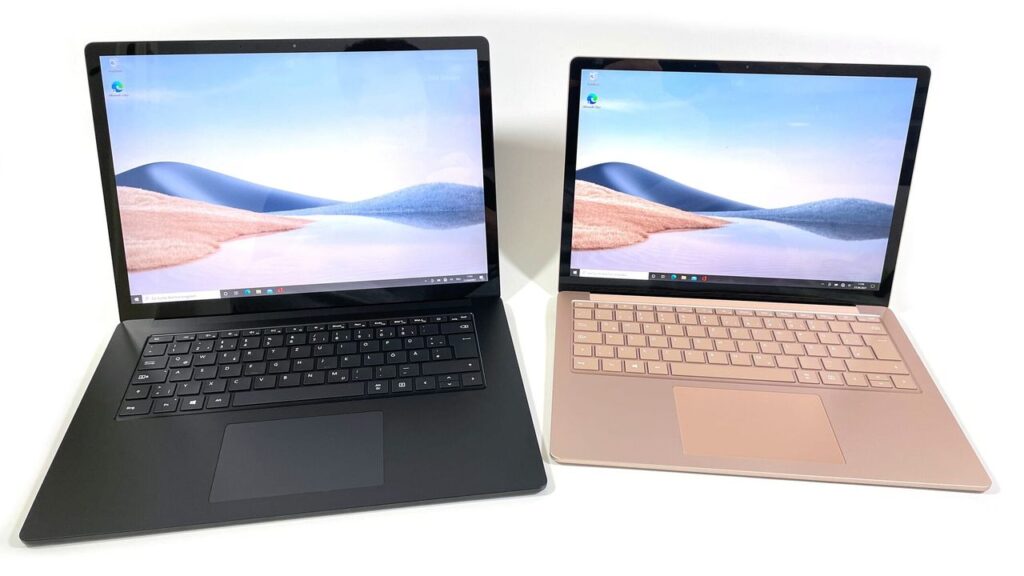 The Surface Laptop 5 is available in two versions, depending on whether you opt for the Intel Core i5-1235U or if you're aiming for a stronger Core i7-1255U. Without going into details, Microsoft announces that it is thus possible to benefit from performances on average 50% higher than on the Surface Laptop 4. As with the previous series, it is possible to choose between two screen diagonals: the 13.5 is available for both processors, while the i7 has the exclusivity of the 15-inch slab. In the first case, we're talking about a display definition of 2,256 x 1,504 points, while the second benefits from a 2,496 x 1,664 point slab with, in both cases, a 3:2 ratio.

Microsoft adds of course the Surface Connect power connector, Wi-Fi 6 and Bluetooth 5.1 compatibility and a 3.5 mm jack. As for autonomy, it seems possible to aim for 17 to 18 hours depending on whether you choose the most demanding or the most compact Surface Laptop 5. Unfortunately, Microsoft did not deign to communicate the release date and pricing of its new babies.

However, the editor unveiled the refresh of the Surface Studio 2. Why call it a refresh? Because Microsoft itself does not talk about version 3 and calls its new version Surface Studio 2+. The objective is simple: to keep the numerous assets of an exceptional machine and change some key elements to boost its performance. To do this, Microsoft has opted for a new processor, the Intel Core i7-11370H. Small disappointment, it is not yet a 12th generation CPU as Microsoft has done on the Surface Laptop.

The gain in computing power is still significant, especially since the Surface Studio 2+ can be equipped with up to 32GB of DDR4 RAM and a 1TB SSD, which is quite fast. However, things take an even more interesting turn when we mention the presence of an NVIDIA GeForce RTX 3060 graphics card. It's "only" an Ampere generation card - NVIDIA has just launched the Lovelace generation - but it's already a big improvement over the GeForce GTX 1060 and 1070 of previous Surface Studios.

As for the rest, there's no question of revolutionizing the concept of the Surface Studio, but the assets remain numerous, from the 28-inch touch screen with an exceptional definition of 4,500 x 3,000 dots to the tilting stand known as "Zero Gravity" which allows the beast to be oriented on a wide range of levels. The Surface Studio 2+ can also count on the presence of three USB-C Thunderbolt 4 ports, two USB-A 3.1 ports, a 3.5mm audio jack and a 1 GbE Ehternet network port. A 1,080p webcam, two microphones, two Dobly Atmos speakers and Wi-Fi 6/Bluetooth 5.1 wireless complete an offering that, alas, will be turned down by many enthusiasts

Indeed, Microsoft may "offer" stylus, keyboard and mouse Surface, the pain will really be too much for most users: available in a single configuration on the French market with Windows 11 Pro preinstalled, the Surface Studio 2+ is available for pre-order for a paltry 5,589 euros. It seems that when you love, you don't count, but in this case, even if you're very much in love, we'll count a little bit anyway! 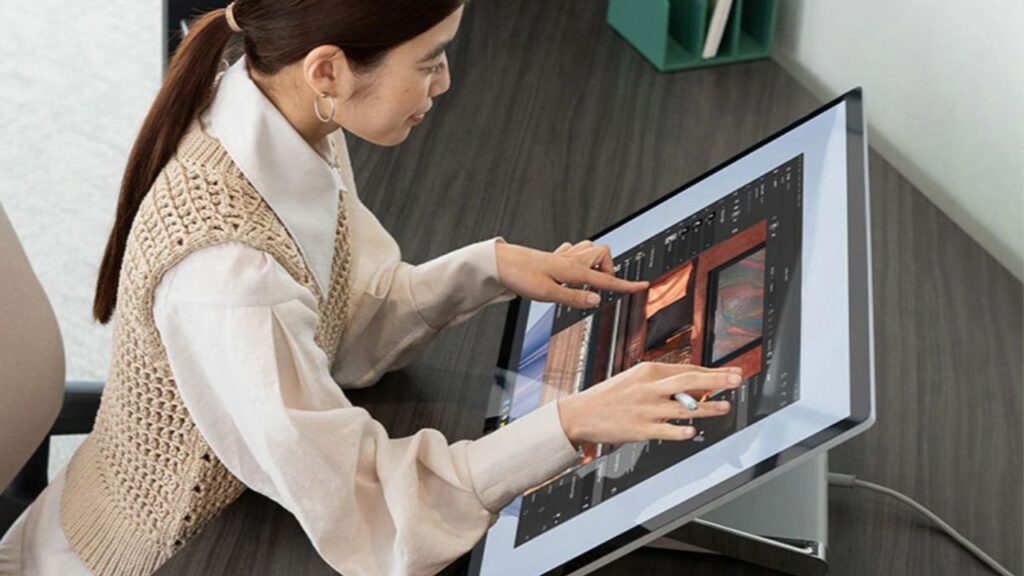