A mid-range card that should be 3 to 5% faster than its competitor at NVIDIA ... according to the figures published by Intel of course.

For several weeks now, disbelief and surprise have given way to skepticism. More and more observers seem to believe that Intel could, if not cancel, at least revise its ambitions largely downwards for its return to the dedicated graphics card market. We have to admit that things are a bit tricky on Intel's side: last year, the American company was aiming for a release of its Arc Alchemist cards in the first half of 2022. It's now August and Intel still hasn't announced a firm date.

However, Intel doesn't seem to change its communication technique and, ignoring all these rumors, it publishes a new video presentation dedicated to the Arc Alchemist range. This time it's about the second most powerful model, the Arc A750, a card that hasn't often had the honour of Intel's press releases. This time, Ryan Shrout and Tom Petersen took the microphone together to present the card, to talk about a test configuration and, above all, to reveal the first official results of this card against a GeForce RTX 3060 from NVIDIA. 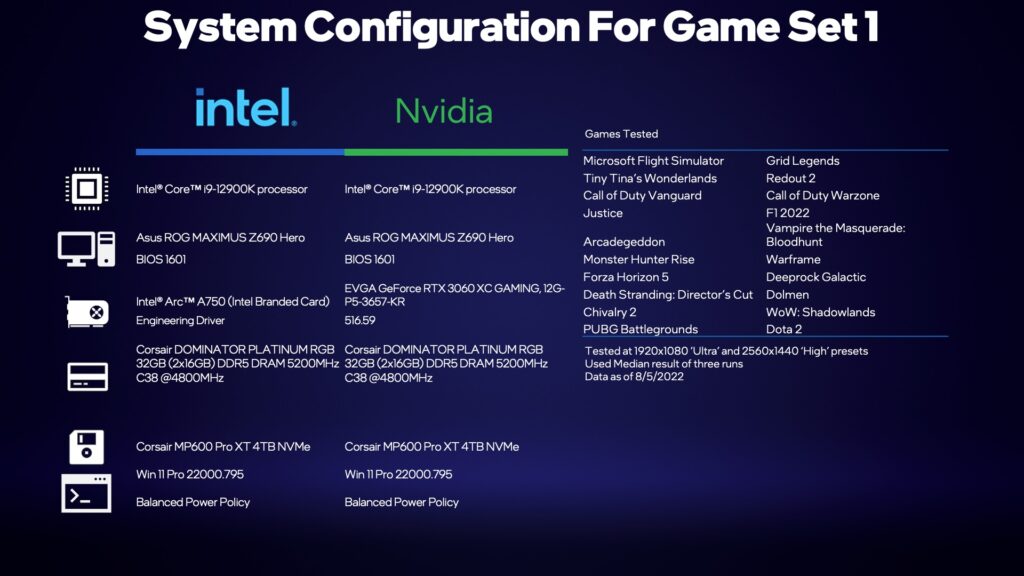 The idea here was to mount the cards on an identical configuration so that the comparison is relevant. An Arc A750 and a GeForce RTX 3060 were installed in turn on an ASUS ROG Maximus Z690 Hero motherboard. An Intel Core i9-12900K processor was also mounted and both components were paired with 32GB of DDR5-5200 Corsair Dominator Platinum RGB and a 4TB Corsair MP600 Pro XT SSD. This is quite a configuration to say the least. 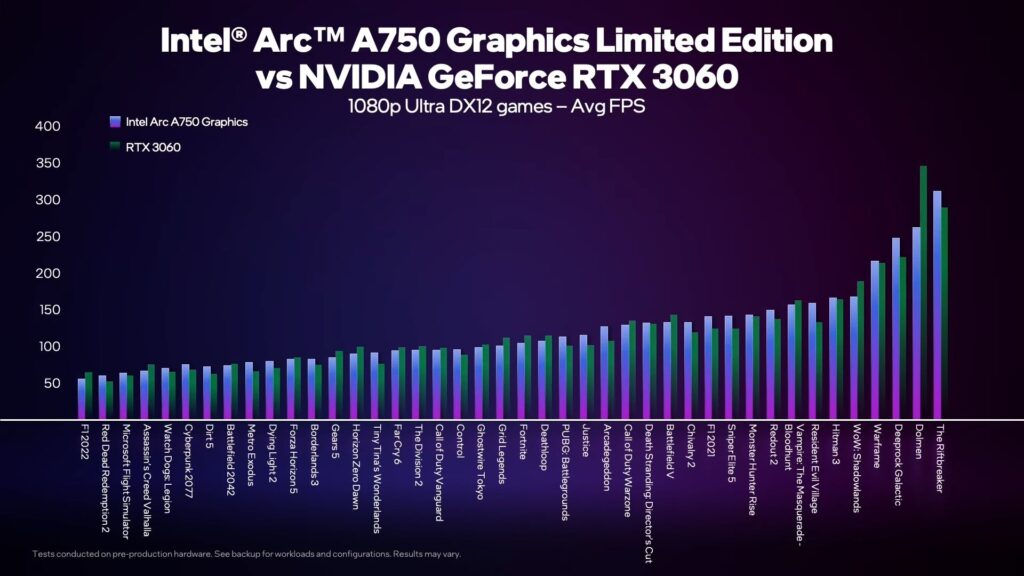 The tests involved a huge number of games that were configured first in 1080p and then in 1440p. There's a whole range of games using the more traditional DirectX 12 library, and a handful of other Vulkan-based titles. In either case, the findings are quite similar with - one would have expected - the Arc A750 dominating the GeForce RTX 3060. However, the difference is not colossal since it varies from 3 to 5% depending on the game and the definition chosen. 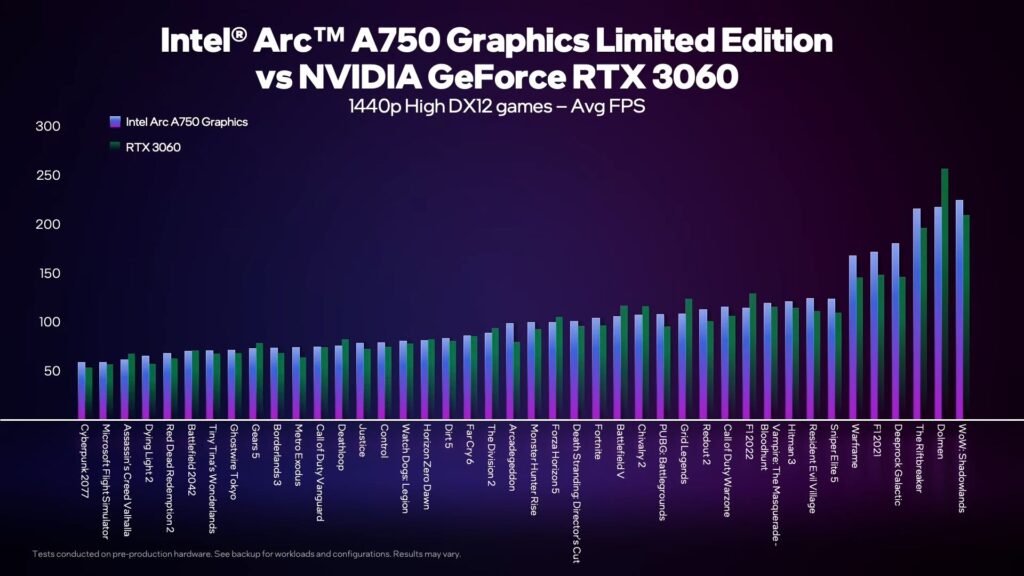 If the results are confirmed when the Arc A750 card is released and if it is offered at an interesting price, it could - despite Intel's delay - offer us an interesting alternative to the AMD / NVIDIA duo. However, it would be necessary for Intel to be able to propose an interesting price... and especially if it is finally able to market its graphics cards! 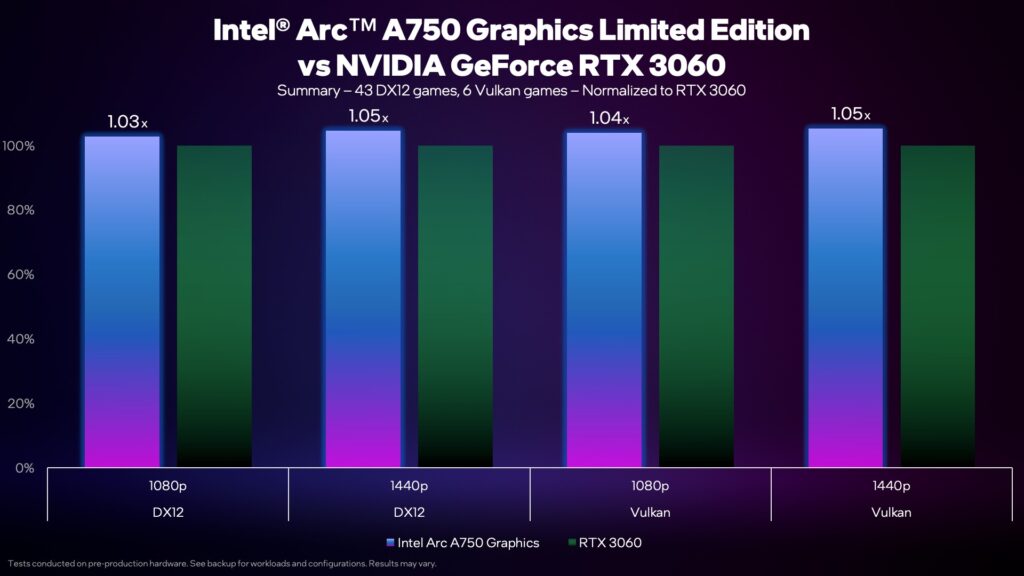