A hidden feature that Microsoft declines on all versions of its operating system and that always deserves your attention.

The so-called " God mode " is not a new feature. In fact, it has existed on previous versions of Windows since "the dawn of time"... well, since Windows Vista and even Windows XP, that is to say! However, this God mode is still unknown to users, even though it can be very useful. Clubic has decided to explain the interest of this mode and then to specify the steps to follow to take advantage of it.

So what is this God mode? Actually, the term may be a bit excessive in that it doesn't fundamentally change the operating system. Let's say it's about giving the user faster and more complete access to many Windows settings. To put it simply, Microsoft's teams have decided to bring together in what could be called a toolbox, within the same screen, almost all the elements that can be used to adjust the system: it is more complete, better organized and, in fact, more powerful than the simple Control Panel. It includes the options of the Control Panel, the Taskbar, the Network and Sharing Center, User Accounts,File History, Power Options and the Windows Security Center. 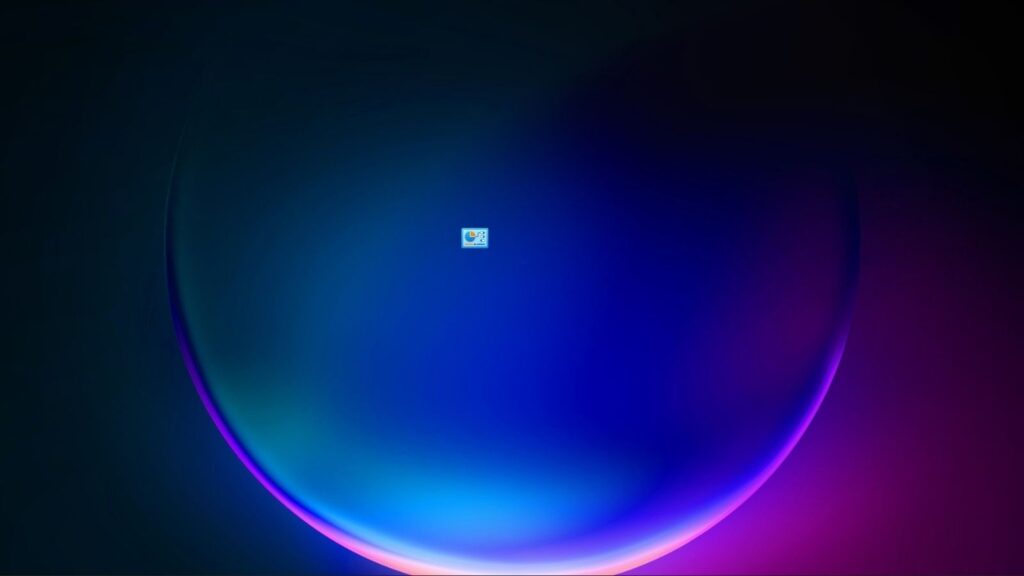 The Windows God mode icon has just been created © Clubic

Now that you feel like trying this famous mode, here's how to access it. The procedure is actually very simple and takes hardly more than a few seconds. All you have to do is create a new folder on the Windows desktop and give it a very specific - to say the least - convoluted name: GodMode.{ED7BA470-8E54-465E-825C-99712043E01C}. 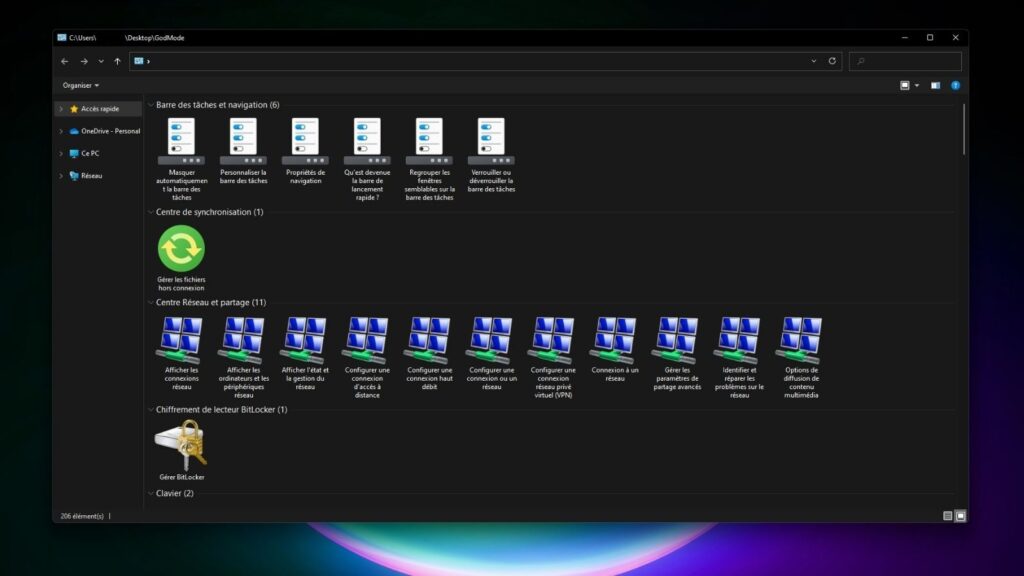 A single access to most of the Windows settings © Clubic

To enter such a complicated name, the simplest is obviously to use the function copy / paste (CTRL+C / CTRL+V): first you copy the name of the folder, then you create the new folder and, finally, you paste the name that the system kept in memory. When you validate the folder name, Windows will take over. By itself the operating system will recognize this special command and modify the newly created folder to give it this God mode icon. The folder that was just a folder now becomes a kind of special shortcut that allows you to access the toolbox that we mentioned earlier. The use of this toolbox is as simple as double-clicking on it as you would do for any application, any shortcut.

Once opened, the God mode toolbox gives access to a classic Windows window where you can find all the options, all the system settings. Of course, as with any Windows file explorer window, it is possible to change the display of the available commands so that things are more to your liking. Now we'll let you have fun with this toy, which is not a new feature of Windows 11. In fact, you should know that you can activate it in exactly the same way on older Windows systems. If you are still on Windows 7 or Windows 10, you know what to do.