However, by mobile, we are not talking about smartphones, but laptops.

There was more than just desktop machines at CES 2023 in Las Vegas, and AMD logically presented the extension of its Ryzen 7000 offering through several processors for laptops. A lot of processors, in fact. Almost too many processors. In fact, no less than five families of CPUs were presented by AMD. Five families that, to make matters worse, mix CPU and GPU microarchitectures without any problem: Zen 2, Zen 3, Zen 3+ and Zen 4 mix with Vega, RNDA 2 and RDNA 3. 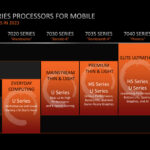 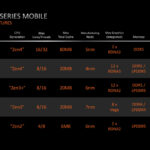 The fact remains that AMD clearly has in mind to reach all audiences, all possible scenarios with a laptop. This is the reason for the existence of these five ranges, which start with the Dragon Range, whose stated objective is the world of " extreme gaming and creator ", in other words the most demanding gamers and content creators. Also known as the 7045 Series, the Dragon Range will consist of four processors - the Ryzen 5 7645HX, Ryzen 7 7745HX, Ryzen 9 7845HX and Ryzen 9 7945HX - which have little to envy their desktop counterparts. The strongest is capable of reaching 5.4 GHz in boost mode and is equipped with 80 MB of combined cache for its 16 cores / 32 threads. The first laptops integrating these processors are expected to be released next February. 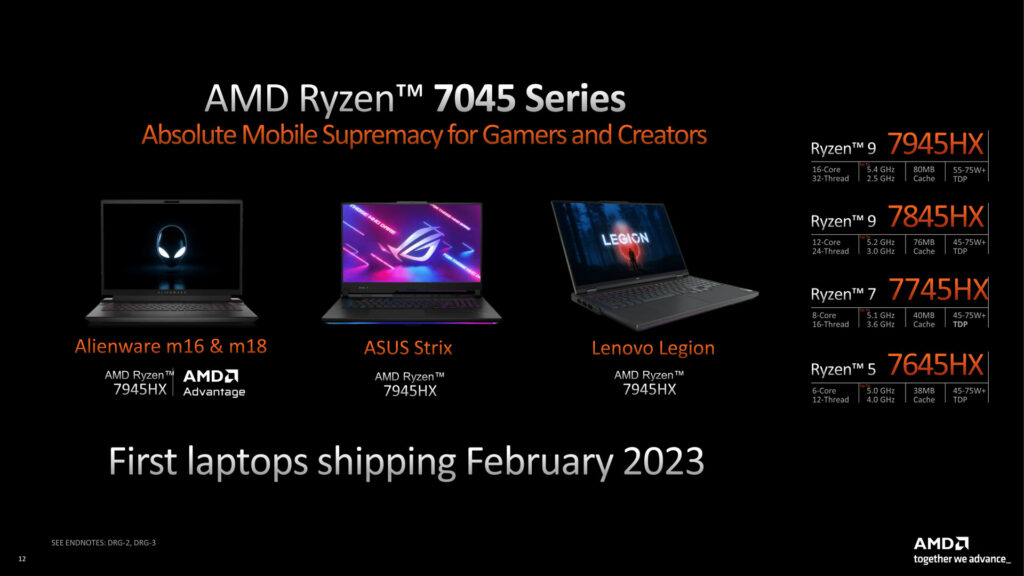 The Phoenix range of processors, which should now be called Ryzen 7040 Series, is quite similar to the Dragon Rage with one difference: while the latter combine Zen 4 and RDNA 2, the Phoenix - which will probably not benefit from a dedicated graphics card - combines the Zen 4 and RDNA 3 microarchitectures. This time, only three processors are considered by AMD from the Ryzen 5 7640HS to the Ryzen 9 7940HS through the Ryzen 7 7840HS. The combined cache is in all cases singularly reduced compared to the Dragon Range processors and the operating frequencies are lower. Logically, AMD is aiming for greater autonomy through a TDP between 35 and 45 Watts, whereas it could reach and exceed 75 Watts on the previous range. The release of the first laptops of the range is not planned before March 2023. 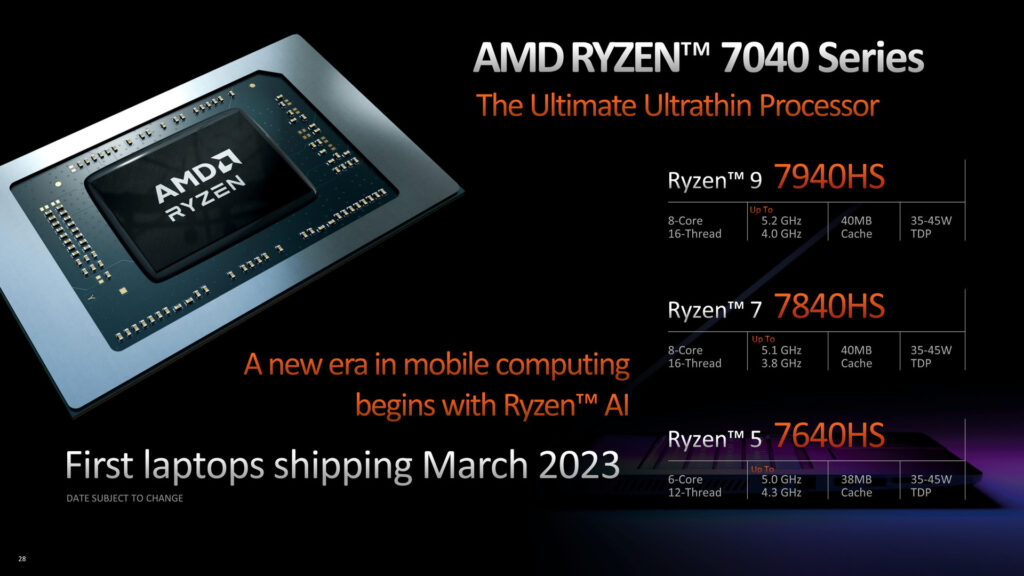 Finally, let's finish with the three other families on which AMD has put less emphasis, but which are no less interesting. The Ryzen 7035 Series is indeed planned to accompany users looking for laptops as thin as they are light - the premium thin-and-light - but still very powerful. They will combine the Zen 3+ and RDNA 2 microarchitectures for this purpose. One notch below, the Ryzen 7030 Series are oriented towards a slightly less demanding segment that AMD calls " mainstream thin-and-light ", machines that are still very thin and light, but significantly less powerful, which is why Zen 3 is associated with Vega. The smallest machines, also the most autonomous, will be designed according to AMD around the Ryzen 7020 Series processors: to preserve as much as possible the battery, the latter make the Zen 2 and RDNA 2 microarchitectures work together.