Windows Vista may have been one of the most monumental gimmicks for Microsoft, but the operating system still has its nostalgic fans.

Long known under its code name, " Longhorn ", Windows Vista was supposed to take over from Windows XP and bring a new visual and aesthetic impetus to Microsoft's operating system. Officially released on January 30, 2007, Windows Vista has been a very painful thorn in the side of the software giant. It has been blamed for almost everything that can be blamed on an operating system, from a chronic lack of supported hardware to performance deemed " insufficient ", to the point where, for example, the Texas Senate has banned the use of Windows Vista within its administration. 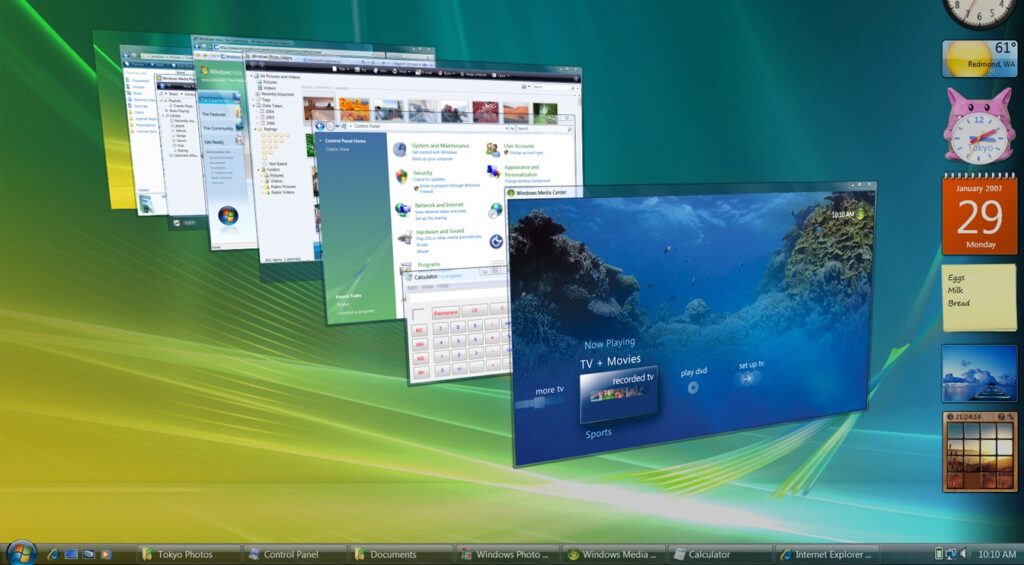 For Microsoft, the story could have ended much worse. If the editor was forced to face a rebellion as it has rarely known in its long history, it also quickly got back on its feet. Just as Windows XP was able to silence the critics of its predecessor - WinME - the release of Windows 7 on July 21, 2009 allowed to divert the attention of the public from the Windows Vista fiasco. The new OS - Windows 7 - is a success in almost every respect. It is in turn taken as an example to the point that its sequels (Windows 8 and Windows 8.1) will have difficulty to impose themselves.

But let's go back to Windows Vista which, besides real technical problems, also brought some notable innovations. Most of them have become part of the Windows landscape, such as 64-bit support, the Windows Update system, DirectX 10, SuperFetch and ReadyBoost. However, in the collective unconscious, the main improvement of Windows Vista was based on its aesthetic aspect with the implementation of the so-called "Aero" interface. Made of transparency effects, widgets and a style that contrasts with the somewhat rigorous side of previous Windows, Aero was a big part of the initial success of Windows Vista, in the fact that many users wanted to "see what it looks like".

Today, more than 15 years later, Aero still seems to stir the nostalgic feelings of some Windows users. While Microsoft is currently working on its "Mica" design, which should make the interface of Windows 11 even more sober and uncluttered, some smart guys have set out to reproduce the " wow effect " of Windows Vista to come up with what they have named Windows Vista 2022 Edition and which they show us in a video on Youtube.

In just over three minutes, they have taken everything that made Windows Vista so charming and adapted it to Windows 11. We discover a taskbar at the crossroads with a Windows Vista style on a Windows 11 organization. The desktop becomes once again the seat of widgets that borrow from tools recently implemented by Microsoft such as the " News and Fields of Interest " module. The examples are multiplied by creators who summarize their idea in a small phrase that will perhaps hit home with Microsoft who knows, " Fluent meets Aero ". 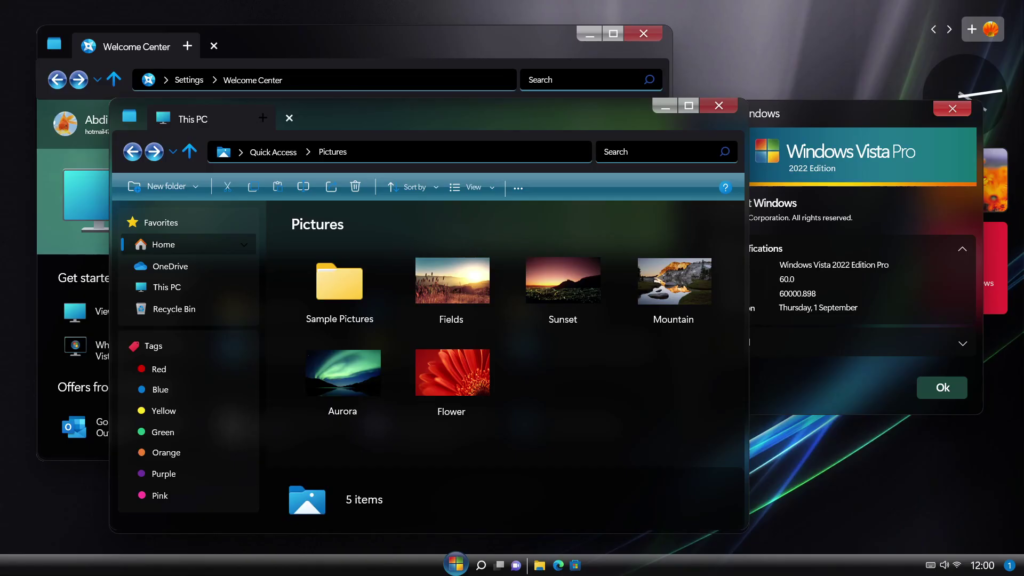 It is important to know that as successful as it is, this video is only the fruit of the imagination of these creators. Windows Vista 2022 Edition is nothing more than a "kid's dream" that has no chance of coming true. As we said, Microsoft is busy with its Mica interface and we've never seen the editor run several hares at once in the development of its OS. In principle, it's a shame to see that Microsoft is not able to consider several aesthetic orientations simultaneously. It's true that this represents a certain amount of work, but rather than throwing away everything that has been done previously to introduce novelty, there would probably be a way to satisfy more users at once, wouldn't it?