A phenomenon that seems to affect only a few people, but which is nevertheless worrying.

Announced months ago and officially presented only a few weeks ago, the GeForce RTX 4090 is the flagship of the new line of "Ada Lovelace" graphics cards designed by NVIDIA. This new generation brings a new level of performance compared to the previous generation, which was already very powerful. The GeForce RTX 4090 is obviously very expensive and at around 2,000 euros, it breaks a record of sorts: never before has NVIDIA distributed a "consumer" graphics card at this price level. 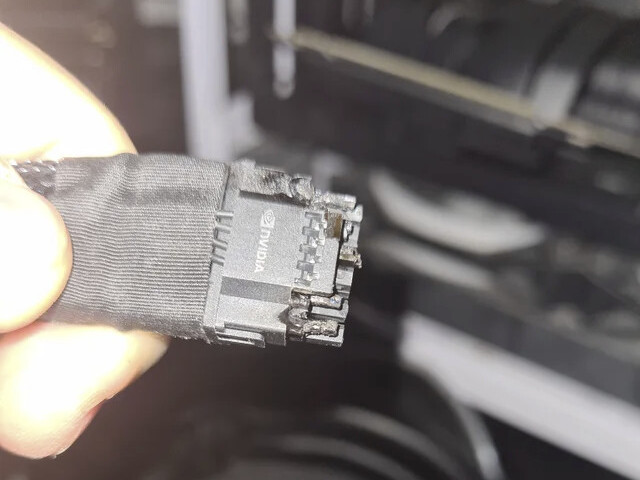 The problem is that NVIDIA has never had such a disappointing product launch before. Indeed, the card quickly disappeared from the shelves due to a high demand and an insufficient offer, but even more embarrassing, some of the lucky (?) buyers started to publish disturbing pictures. The first to make himself known is a certain "reggie_gakil" who, on Reddit, published photos of his latest acquisition. He says he " doesn't know what happened ", but says he "smelled a funny smell and saw smoke ". 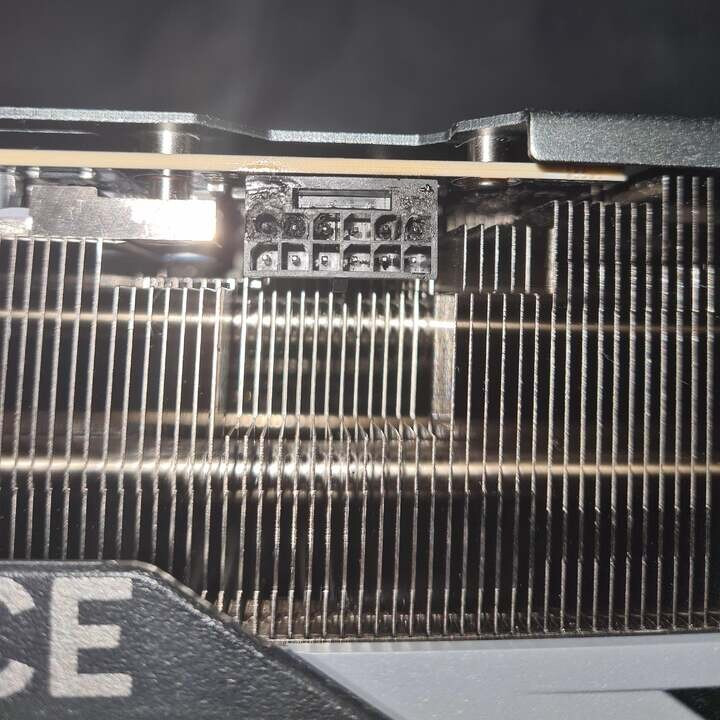 After turning off the PC and unplugging the beast, he could notice that the adapter delivered by NVIDIA was partly melted. An adapter that is essential as the GeForce RTX 4090 uses the new 12VHPWR connector, which is designed to increase the power consumption of the new graphics solution from 450 to 600 Watts. Reggie_gakil also explains that the graphics card suffered damage with a connector that was also partly melted, but that this did not prevent the GeForce from working.

Following this first testimony, a few other cases have come to light, but the problem still seems to be quite limited. NVIDIA is not turning a deaf ear and explains that it is " investigating these reports " before specifying that it is " in contact with the first user " and that it is " looking for more information from others ". For some PC power specialists like Aris Mpitziopoulos, who officiates on his YouTube channel Hardware Busters, the problem comes from excessive twisting of the adapter by the users concerned.

The explanation given in the video above doesn't seem far-fetched, but it's hard to draw any conclusions at this point. Let's hope that NVIDIA finds a solution quickly, while AMD has been quick to point out that it will not use the famous 12VHPWR connector on its new generation of RDNA3 graphics cards, which are to be presented to the public next week. Instead, AMD is sticking to the classic 8-pin connectors that need to be multiplied on the most powerful cards: for the time being, a maximum of three 8-pin connectors have been observed.
{{comment.author}}
CiteAnswer