Microsoft is evolving the Surface Pro range and is likely to draw a line under the Surface X.

Until now, if you wanted to turn to an ARM solution designed by Microsoft, you had to turn to the 'X' branch of the Surface range. A relatively limited branch, with few models and less renewed than the other ranges of machines stamped Microsoft. This distinction between ARM and x86 machines is however blurring a little more today as Microsoft took advantage of its fall event to announce the new Surface Pro 9.

we should say "to announce the new Surface Pro 9" because, with this ninth iteration of its hybrid laptop/tablet, Microsoft has decided to build a bridge between ARM and x86 architectures. It is no longer a question of two distinct universes and, when you go to the Surface Pro 9 product page, the choice between the two architectures is only one option among others: processor, RAM, storage unit, color... It should be noted, however, that the ARM models are less varied and have fewer options than the x86 models. 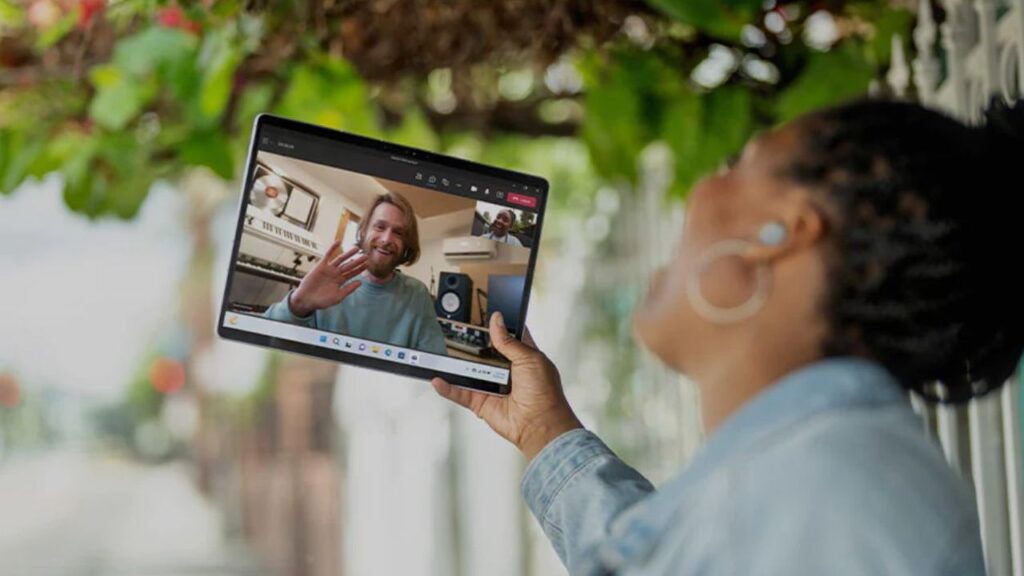 Thus, the Surface Pro 9 equipped with the SQ3 SoC developed jointly by Microsoft and Qualcomm only have the choice between 8 and 16 GB of LPDDR4X RAM and an SSD of, at most, 512 GB. On the other hand, they have the advantage of integrating 5G connectivity thanks to their SoC and have a significantly higher autonomy: Microsoft evaluates it at 19 hours when it mentions "only" 15 hours and 30 minutes for the x86 models. The latter have the advantage of richness with configurations in 8, 16 or 32 GB of LPDDR5 and 128, 256, 512 or 1024 GB for the SSD.

For the rest, the Surface Pro 9 ARM or x64 are very similar to each other. We find the PixelSense touch screen in IPS panel of 13 inches with this definition of 2,880 x 1,920 points for a rather unique ratio 3:2. The latter benefits from a refresh rate of 120 Hz capable of adapting to the type of content in order to preserve the autonomy of the machine. Microsoft remains wise on the connectivity side with the two USB-C Thunderbolt 4 ports and the power jack, always a Surface Connect.

Microsoft announces a single color - platinum - for the ARM version while you can also opt for anthracite, forest or sapphire, on the Intel versions. The latter will cost from 1,299 to 1,859 euros while the ARM SQ3 version starts at 1,549 euros.