Convincing on many points, the new AMD Ryzen 7000s suffer from a flaw that some may find objectionable: they get hot, and not just once but twice.

It's no secret that the processors in our PCs are getting more powerful. Similarly, any user knows that his or her machine tends to get hot and that the cooling system adopted should not be neglected. However, there is one thing that we can't necessarily perceive when we don't have enough hindsight and that is how much of a problem this heating has become. The older among you may remember processors like the Intel 80286 that did not need any cooling solution. With some 80386 and 80486 came heatsinks and soon small heat sinks to get rid of that excess heat.

At the time, we were talking about "racing beasts" that reached frequencies of 25, 40 or even 50, 75 or 100 MHz with a few technical tricks. Today, the most powerful processors exceed 5,000 MHz, and for many years now we have been talking about GHz. The problem is that higher frequencies mean higher power consumption and heat generation. The latest generation of Ryzen processors is proof of this. Until now, AMD didn't necessarily try to compete with Intel on the frequency side, but AMD wanted to prove that its Ryzen 7000s are also capable of climbing in frequency. The Ryzen 9 7950X can exceed 5.5 GHz on all its cores... when all conditions are met. 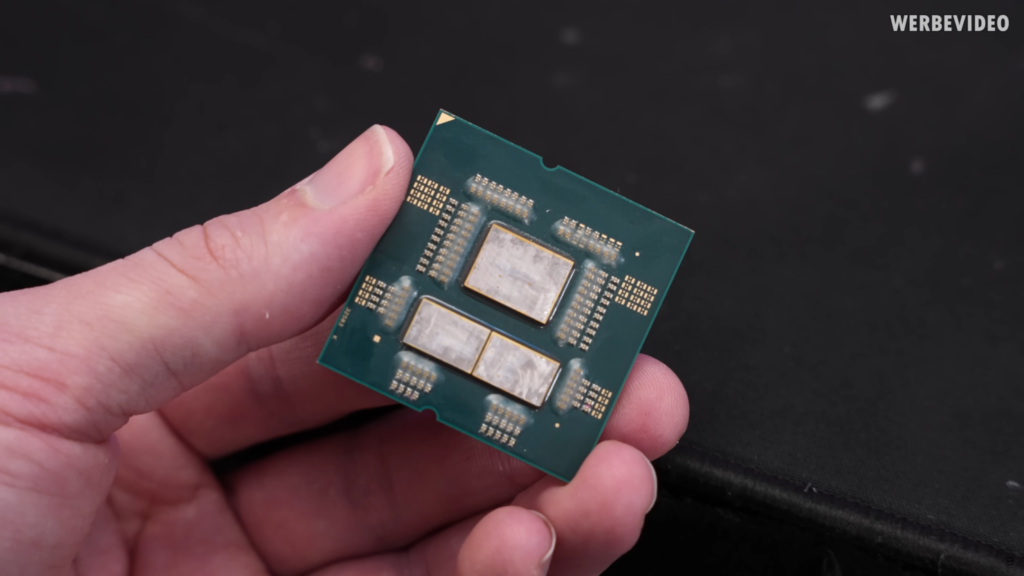 This is where the problem lies. With such high operating frequencies and an unimaginable transistor density, the Ryzen 7000s are real little ovens that happily exceed 90°C on the heaviest tasks, those that require all the cores to get to work. However, the well-known German overclocker Der8auer has proven that the increase in frequency is not the only reason for this temperature problem. AMD would have opted for a rather thick IHS which clearly handicaps the evacuation of heat, even with the most muscular watercooling solutions.

The IHS - Integrated Heat Spreader - is used to dissipate heat from the processor, but it also protects the CPU die. Before Intel and AMD decided to install these IHS, the dies were directly visible on the surface of the processor and the somewhat haphazard installation of the cooling unit could quickly damage it. In absolute terms, the IHS is therefore an essential element of safety and performance of a modern processor. In absolute terms. Indeed, on the Ryzen 7000, probably due to the design of the CPU, AMD has opted for a particularly thick IHS which seems to hinder good heat dissipation.

Der8auer set about removing the IHS and replaced the structure put in place by AMD with some elements of its own. The result is clear: on the same tests, in the same configuration, the same processor (a Ryzen 9 7900X) loses a whopping 20°C. In fact, it drops below 75°C, or even below 70°C for something much more acceptable. AMD probably had its reasons for designing the IHS this way, but we think that some optimizations might have been possible? For the time being, however, don't expect to perform the Der8auer maneuver at home: it wasn't easy enough on previous generations of CPUs, and it's even harder with the Ryzen 7000.