A few weeks after AMD's announcements, it's Intel's turn to shake up the PC microprocessor world.

On September 27, AMD officially released its first Ryzen 7000 processors based on the Zen 4 architecture, while Intel announced its 13th generation of PC processors, the famous Raptor Lake. Pat Gelsinger took the floor during the Intel Innovation Days in San Jose to give an update on everything that had been said about Raptor Lake. He especially took the opportunity to announce a specific schedule and clarify the pricing planned by Intel. 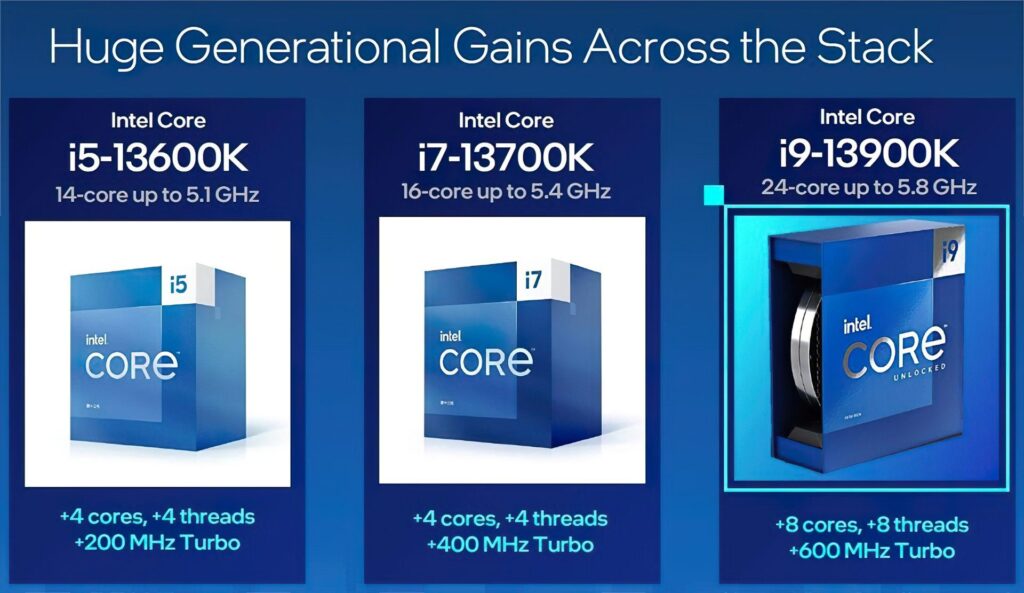 From October 20, it will be possible to buy a Raptor Lake processor among the six references that will constitute the first wave. Others will be released at the beginning of next year, but we won't know more about that for the moment. The six references announced by Pat Gelsinger are actually 3 processors with, each time, two variants. We will have the Core i9-13900K and its KF variant (without integrated graphics solution) as well as the Core i7-13700K / KF and Core i5-13600K / KF. The pricing seems interesting insofar as despite the rather tense international context, Intel does not announce any increase in its prices compared to the launch of 12th generation processors, Alder Lake. 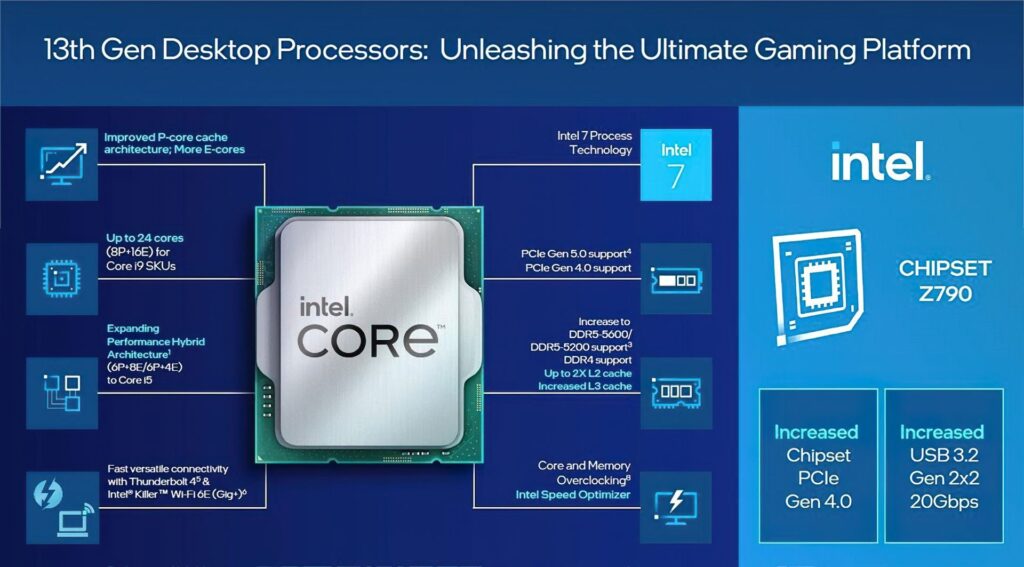 Six references that Intel details in the table above, but for which we notice a clear increase in L2 and L3 caches, as well as a more or less impressive increase in operating frequencies: the higher the range, the more this increase in frequencies is important with +600 MHz in boost frequency for the Core i9-13900K and KF when it is necessary to be satisfied with +200 MHz on the Core i5-13600K and KF. Of course, the six references are able to support both DDR5 (up to 5600) and DDR4 (up to 3200). 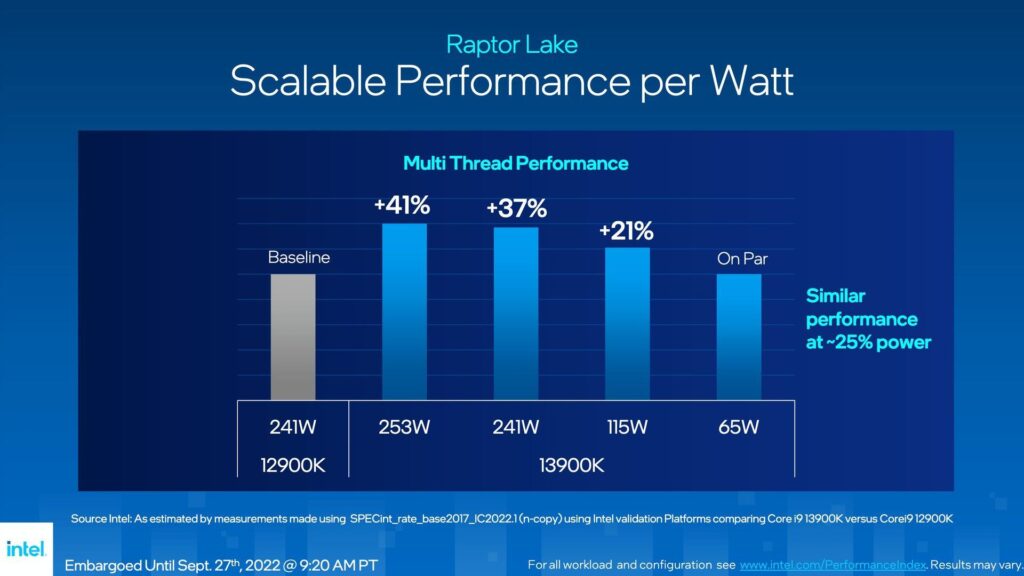 Intel will have a lot to do to compete with the powerful Ryzen 7000, but the American seems confident. It announces that the flagship of its new range, the Core i9-13900K, is capable of making +15 performance in single-thread and +41% in multi-thread compared to its ancestor, the Core i9-12900K. Even better, it mentions a marked improvement in energy efficiency: to ensure performance at least equivalent to that of the 12900K, the 13900K would need only 25% of its power consumption. 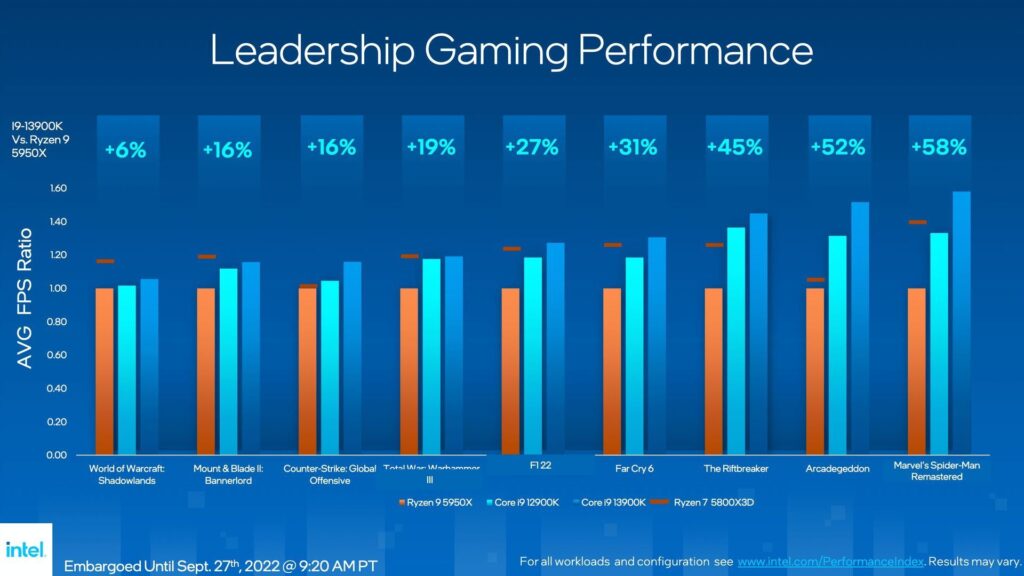