Following the announcement of the GeForce RTX 4090 and RTX 4080, NVIDIA is highlighting an equally important "software" innovation.

The GeForce RTX 4000 will be a card with an absolutely formidable computing power. Whether it's 60 frames per second or 100 or 144, nothing should scare them. They are obviously designed to run the most demanding video games in 2160p (4K) as well as possible. However, there is an option that could give them a hard time at the highest image resolutions: the famous ray tracing. This is a particularly realistic and consistent rendering technique, but it involves very heavy calculations that NVIDIA intends to make less of a handicap for graphics cards. 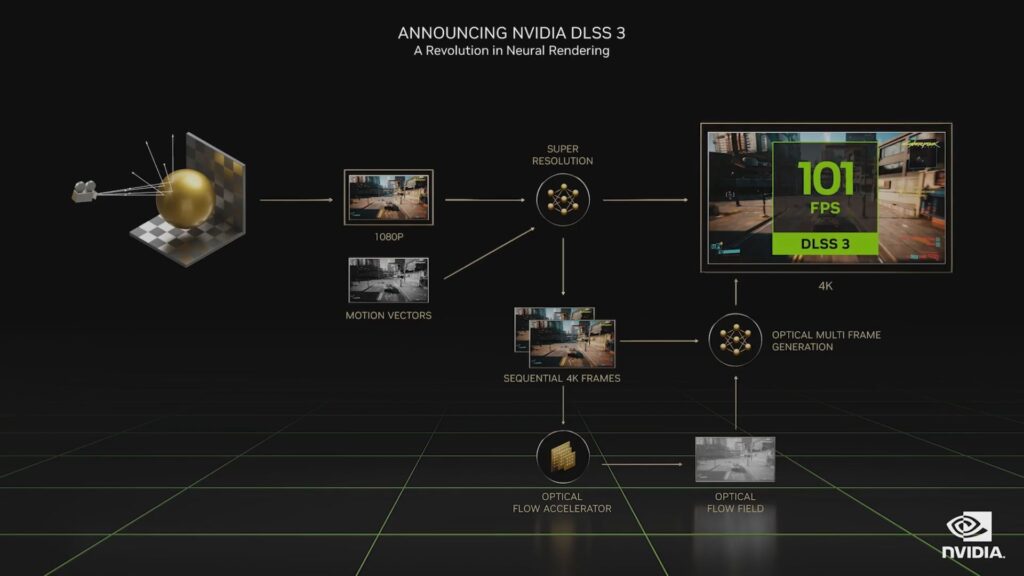 At the same time as the announcement of the new generation of GeForce, Jensen Huang - co-founder and CEO - has introduced the third generation of super sampling deep learning, better known as DLSS. This is an image display technique that relies on artificial intelligence to calculate the rendering in a higher definition than the one actually displayed. Then a rescaling technique is used to adjust things as best as possible. In practice, if DLSS 1 had not been very convincing, DLSS 2 convinced most players: we can enjoy a finer and sharper image while keeping a high level of fluidity. 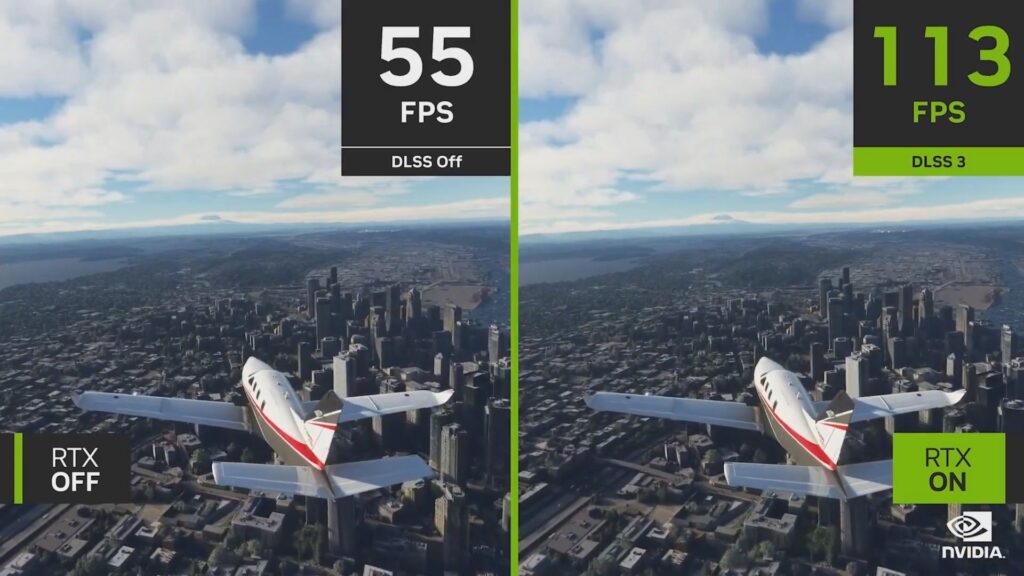 However, NVIDIA considered that it was possible to improve its technique and thanks to the introduction of new units specific to the GeForce RTX 4000 GPUs, it will be possible to switch to DLSS 3. NVIDIA says that the artificial intelligence used on DLSS 3 not only calculates the frames that arrive, but also anticipates them to prepare "future" frames, even before the GPU has begun to calculate them. This anticipation technique is based on what the manufacturer calls the optical flow accelerator. This one looks carefully at the previous frames, looks at the vectors to estimate the trajectory of the different components of this frame. 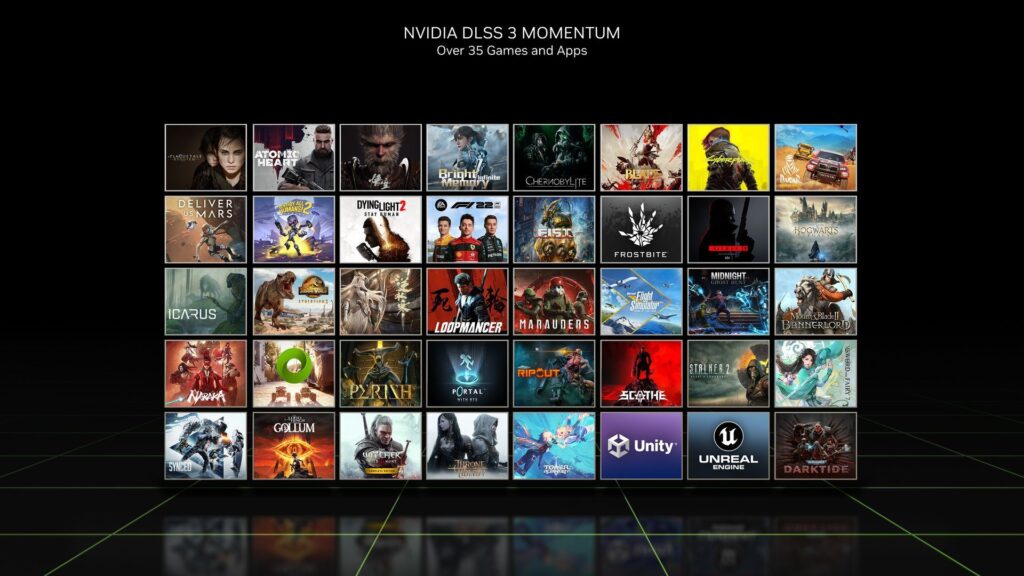 According to its promoter, DLSS 3 is capable of real prowess and NVIDIA does not hesitate to speak of a tripling of performance on Cyberpunk 2077 or a doubling on Flight Simulator. Scheduled for the release of the first GeForce RTX 4000 - the RTX 4090 on October 12 - DLSS 3 should then be supported by more than 35 games and tools. A list that will logically grow quickly, but still requires serious work from NVIDIA with development studios.