Interesting perspective, Intel shows us the insides of the Arc A770 graphics card Expected for months, the graphics cards designed and manufactured by Intel are still not available, except for the smallest models.

A little before the summer in China and since a few weeks in North America and Europe, the Arc A380 is more or less available. More or less, because the supply does not seem particularly abundant in our latitudes, perhaps due to a delicate positioning while the prices of the competition have seriously dropped with the fall of cryptocurrency prices. That said, more importantly, it's not the A380 that's expected by those most enthusiastic about Intel's return to the graphics card market. Instead, they are targeting the A580, A750 and A770.

The latter is presented as the most powerful solution in Intel's catalog and should be able to outperform the GeForce RTX 3060, or even the RTX 3060 Ti, to get closer to the RTX 3070. A card that we are waiting for in order to judge in a more global way this return of Intel which, in any case, will obviously not be able to eclipse in a single generation of GPU years of experience - and advance - for AMD with its Radeon RX and NVIDIA with its GeForce RTX. 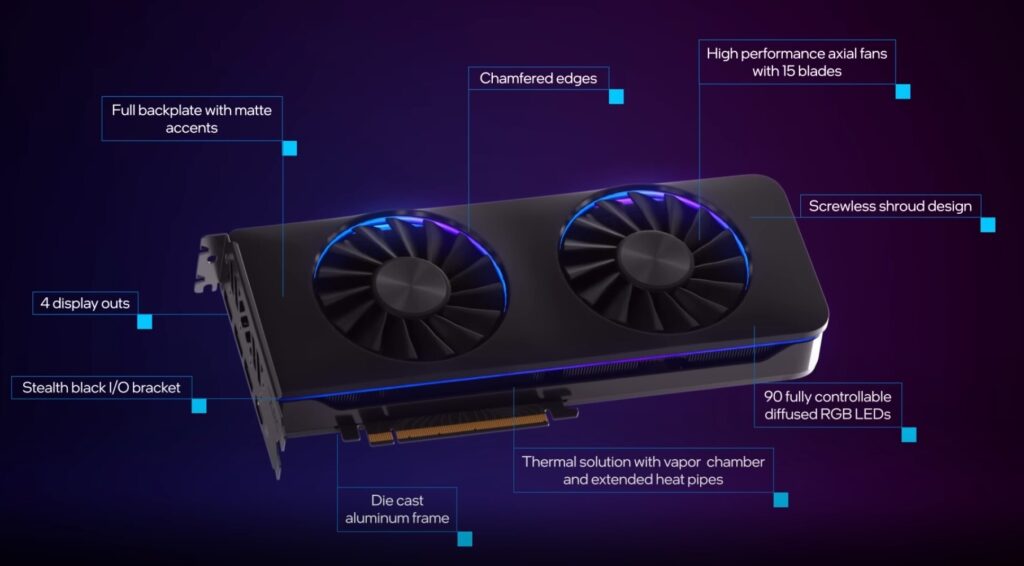 Through a video hosted by Tom Petersen and Ryan Shrout, Intel has decided to talk about this A770 and its little sister, the A750. A fascinating video for anyone interested in the world of graphics cards insofar as the Intel representatives take the time - a relatively rare occurrence - to present the design of the card. Tom Petersen actually comes back to the design of the cooling solution of this so-called "Limited Edition" A770 card. 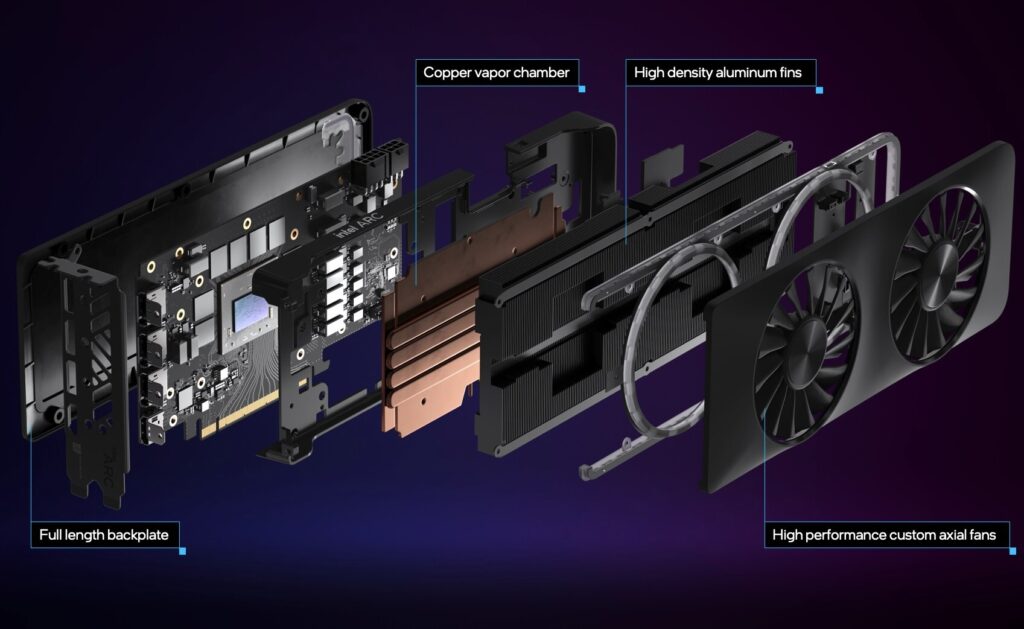 Of course, the aluminuim is present everywhere with an imposing heatsink equipped with fine and numerous fins. Four heat pipes are also in place and cross the structure from one side to the other in order to conduct the heat to its fins so that it is then evacuated by the two 80-millimeter fans maintained by a casing that we assume to be plastic. Intel also insists on the use of a vapor chamber on the base structure so that the dissipation is as efficient as possible. 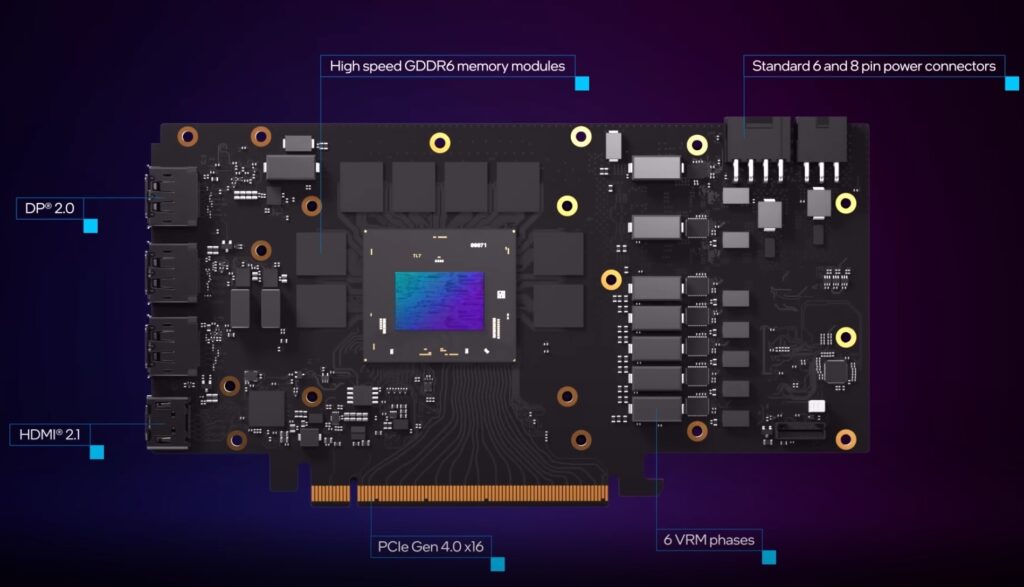 All in all, this allows Intel to offer a relatively compact mid-range graphics card, especially on the thin side. Remember that around the GPU, the Arc A770 Limited Edition also has 8 GDDR6X memory chips at 16 Gbps for a total of 16 GB. To decorate all this, Intel has arranged 90 LEDs spread over four areas and the whole thing is powered by a classic duo of connectors: the first is 8-pin and the second has 6 pins for a maximum power supply of 300 Watts. It remains only to give a precise price and a release date Mr. Intel.