Corsair and then Gigabyte talk about the first PCI Express 5.0 SSDs and their fantastic data rates More than 10 GB/s will only be useful in specific cases... for the moment.

Last November, Intel was the first to market a platform capable of using PCI Express 5.0 with the release of the Alder Lake generation. On paper, a maximum of 16 PCI Express 5.0 lines are managed by the processor: they must therefore be shared between the graphics card on one side and a possible SSD on the other. In reality, Alder Lake platform buyers will not have had to choose, since since the launch of this 12th generation of Intel, no graphics card or SSD with the new standard has been marketed.

However, things could change before the end of 2022. First of all, in a few weeks, Intel will no longer be alone in this niche. AMD is actually planning to release its Ryzen 7000 processors and their AM5 platform - capable of supporting PCI Express 5.0 - in September. In addition, Alder Lake continues to sell well and Intel is expected to bring out its 13th generation, Raptor Lake. In fact, hardware manufacturers will soon be able to count on a larger pool of "PCI Express 5.0" machines. 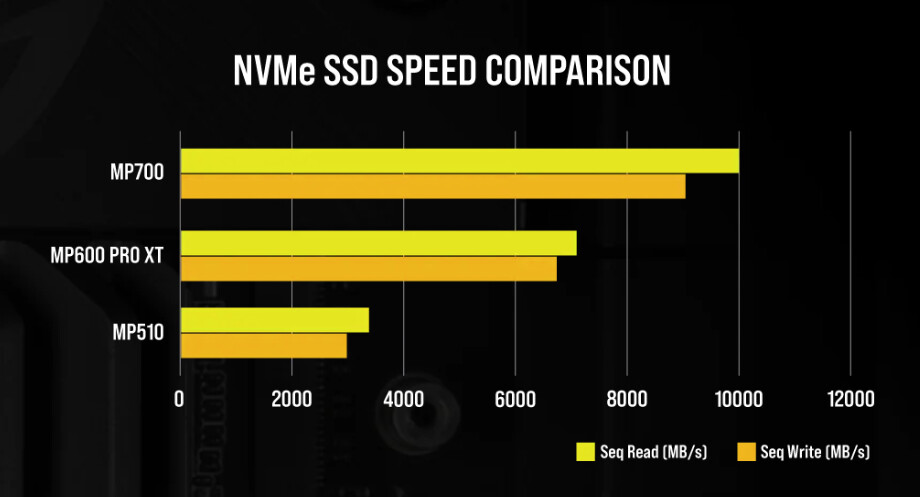 Probably what they were waiting for to launch items to this standard and if the question still arises for the next graphics cards from AMD (Radeon RX 7000 in "RDNA 3") and NVIDIA (GeForce RTX 4000 in "Ada Lovelace"), this is clearly no longer the case for SSDs. Several companies have already shown their work in this area and Samsung has even launched units for professionals. Today, it is Corsair and Gigabyte who, in turn, have pushed the nail in the coffin, launching themselves into a small race. 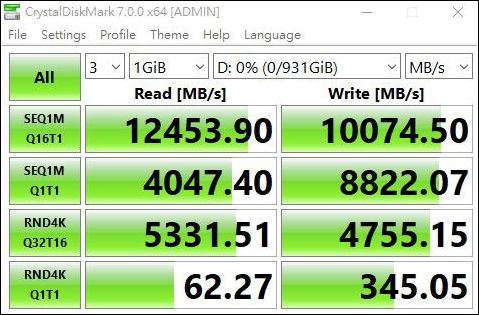 Corsair opened the ball by mentioning the first results of its MP700, a PCI Express 5.0 model with a nice heatsink. The SSD is still only a pre-release, but Corsair already mentions speeds of 10 GB/s and 9.5 GB/s respectively in sequential reading and writing. If the thing is impressive with a 40% improvement in performance compared to the best PCI Express 4.0 of the American - the MP600 Pro XT - it is still far from the theoretical maximum speeds of the PCI Express 5.0 interface. Gigabyte has also sniffed out a good opportunity with its AORUS Gen5 10000 SSD, which seems to be a little more efficient: on CrystalDiskMark, it talks about reaching 12,453.9 MB/s and 10,074.5 MB/s respectively in sequential reading and writing, which makes the manufacturer say that it achieves results " 55% higher than those of PCIe 4.0 models ".

That said, for the moment such speeds have no concrete use for the common man: we will still have to wait for the generalization of DirectStorage so that video games, for example, exploit them. Finally, it should be noted that even though they have presented some initial results, neither Corsair nor Gigabyte have given a launch date or price.