While we are still far from having outgrown the technical capabilities of Wi-Fi 6 / Wi-Fi 6E (at least in the home), their successor is already pointing to its MHz.

If Wi-Fi is the term known to all, the real name of this wireless standard is the IEEE 802.11 standard whose first specifications date back to 1997. At that time, it was not necessary to be too demanding and it was a question of speeds - theoretical of course - of 1 or 2 Mbit/s. Year after year, things have evolved, the characteristics have progressed and various frequencies have been added in order to be able to accept more and more devices at the same time while offering higher and higher data rates. 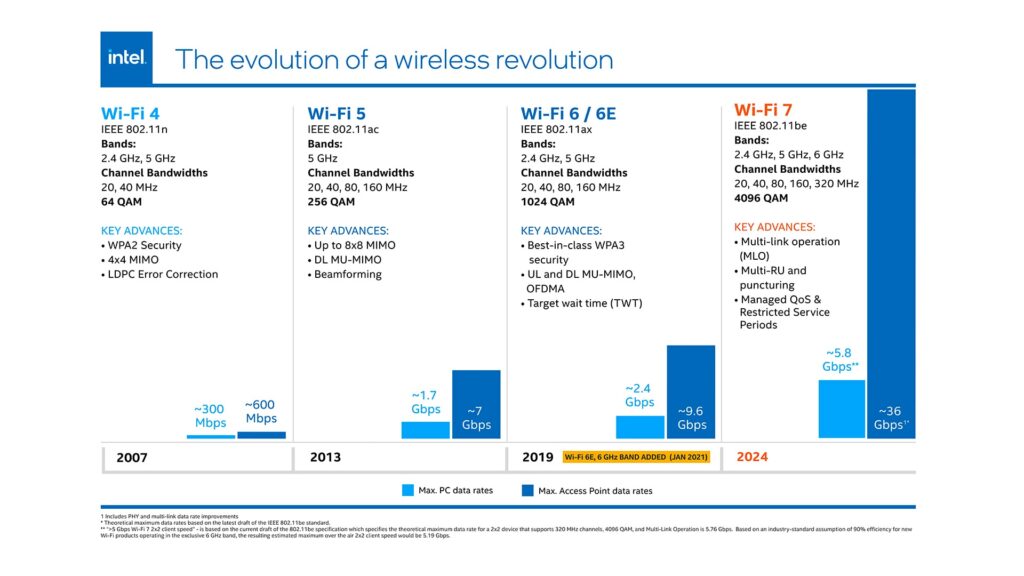 The latest commercially available standard is none other than the Wi-Fi 6 and Wi-Fi 6E duo, which is just starting to spread within our Internet boxes, while it has already been in use for several months in the latest smartphones. Covering three frequency ranges - 2.4 GHz and 5 GHz via Wi-Fi 6 and 6 GHz via Wi-Fi 6E - this latest standard is obviously not intended to conclude the work of network engineers and Wi-Fi 7 has already been in preparation for several years. According to the main stakeholders, the first commercial products could arrive in late 2023 and all the big names are already on the line. 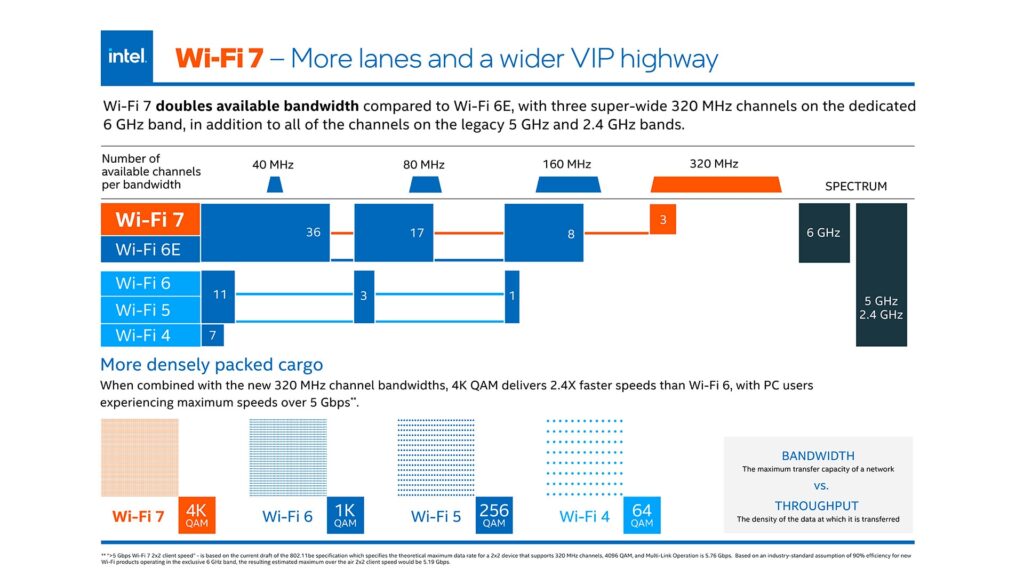 As the number one supplier of wireless network controllers for laptops, Intel can't afford to be too far behind the big names in mobile telephony. Although the American company does not seem to be ready for 2023, it has stated that it plans to have its products available by 2024. Products that will logically take advantage of the latest developments in the 802.11be standard and, in particular, a clear increase in bandwidth through a channel length of up to 320 MHz. This means that we are talking about a maximum cumulative bandwidth of 40 Gb/s. 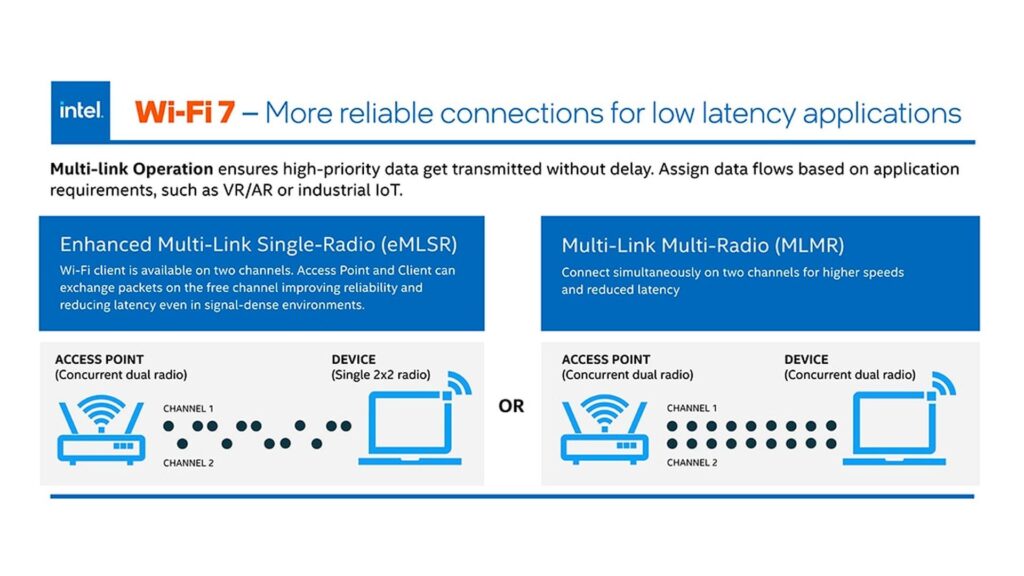 Vice-president of wireless solutions of Intel, Eric McLaughlin was in charge of the communication of the American in this respect. He confirmed that the first controllers available to laptop manufacturers will be available in 2024, but he still took some precautions by explaining that he "expects to be present in all major markets in 2025. We can therefore estimate that if Wi-Fi 7 will arrive in 2024, it will probably take until 2025 for it to become truly widespread and we are not yet talking about our national operators. 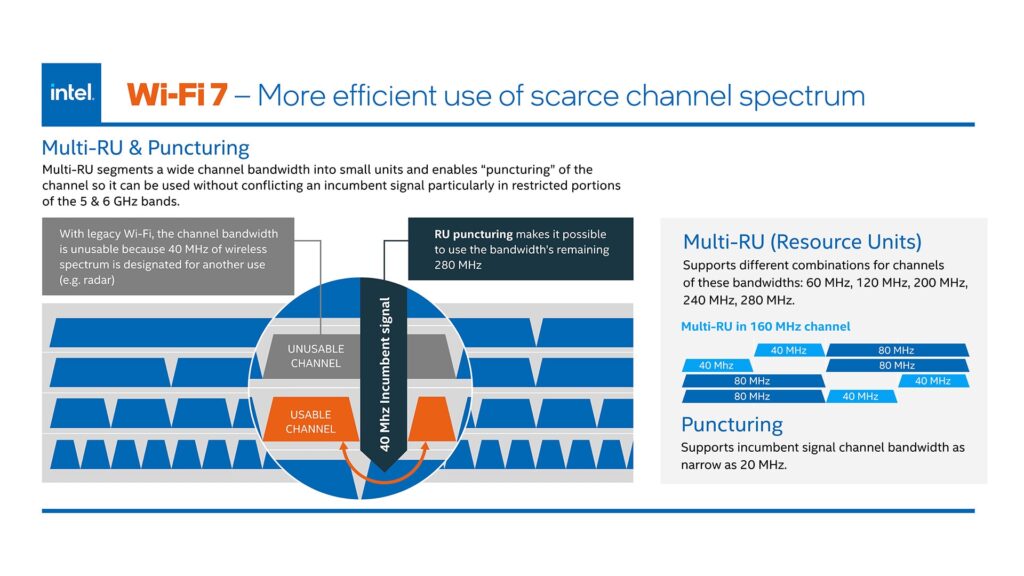