as the "workshop of the world", China wishes to impose itself a little more and in all the fields on the advanced technologies. This includes a better semiconductor industry.

While Chinese leaders have always been keen to achieve trade that gives them access to the most advanced technologies without too much difficulty, they have realized that this position is nevertheless fragile. More recently, tensions with the United States and the multiple trade barriers that have been put in place on both sides of the Pacific have made them aware of their dependence on certain Western technologies. Since then, China has been making every effort to move forward as quickly as possible in both the processor and graphics sectors. 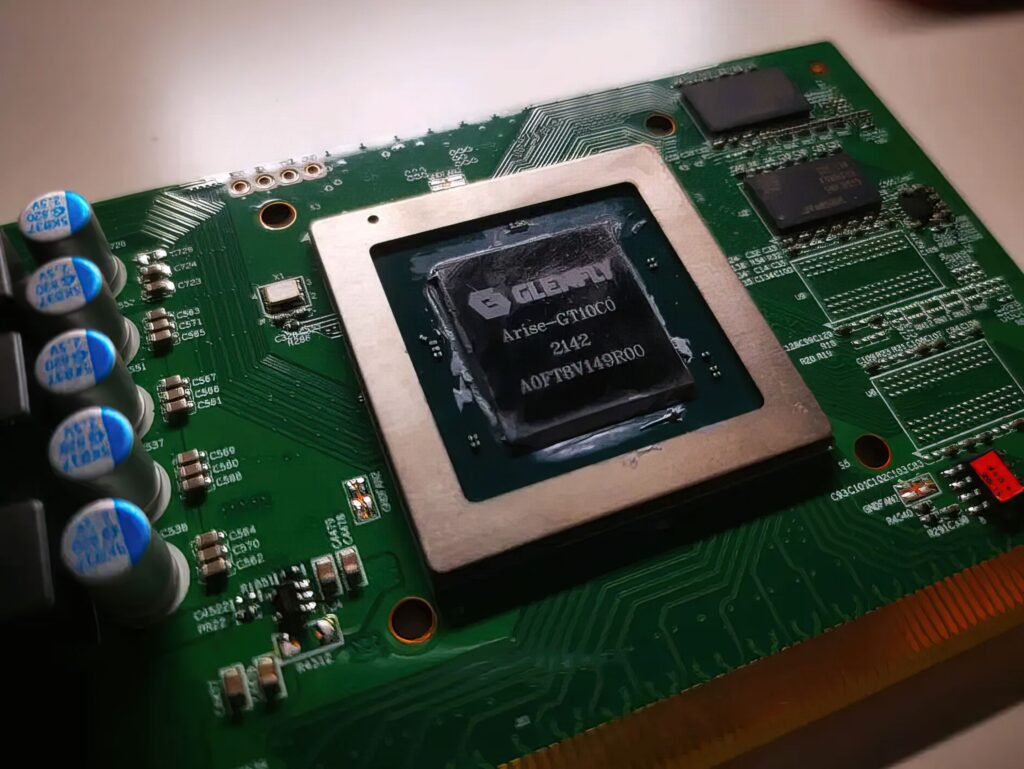 As proof of the progress made by Beijing in just a few years, the company Zhaoxin is now able to present a chip that we usually call an APU. This is neither a CPU nor a GPU, but a solution that combines both in a single component. In this case, the KX-6000G is first of all the logical evolution of the KX-5000 that Zhaoxin has been distributing for a little over five years now. The KX-6000G integrates 4 cores / 8 threads and is distinguished by an operating frequency of 3 GHz. It is etched using a 16nm process and supports DDR4 RAM as well as PCI Express Generation 3.

More importantly, Zhaoxin has been able to combine this CPU part with a GPU and even if things are not yet very precise, it seems that the Chinese manufacturer has been able to double things: two KX-6000G dies would have been associated on the same package in order to count 8 cores / 16 threads and a computing power of 1.5 TFLOPs Advances that allow Zhaoxin to reach the graphics performance of a GT 630 chip from NVIDIA. Nothing fantastic some will say, knowing that such a chip was marketed ten years ago by NVIDIA.

It's true that considering the performance obtained, there doesn't seem to be anything to be proud of. However, Zhaoxin has achieved a 318% increase in performance compared to its previous generation of GPUs. Progress that must be associated with the results of the CPU part which is now on par with a processor like Intel's Core i5-7500 and slightly ahead of the AMD Ryzen 3 1300X, two chips released during 2017. Beyond performance alone, one must especially imagine where the Chinese engineers are starting from and how quickly they manage to catch up. In addition, we must see that the American sanctions do not only deprive Chinese manufacturers of Western technologies, but also of the material used to simply engrave most of the most advanced components. Here again, managing to produce this kind of chips without the assistance of the Dutch AMSL machines is a great achievement.