DirectStorage: the first game with optimized loading times is delayed by several months It is not yet tomorrow that we will be able to verify "on the spot" the validity of Microsoft's statements about DirectStorage.

When the Xbox Series X was released, Microsoft made it a point of honor to address the issue of loading times and the responsiveness of the storage component. The console can thus count on the presence, internally, of a high-performance SSD and a technology that allows the central processor to be relieved of a large part of the management of graphic data. The technique is called DirectStorage and as a direct consequence of the proximity between the Xbox Series X and the PC, it should also concern the Windows environment " more or less soon ". 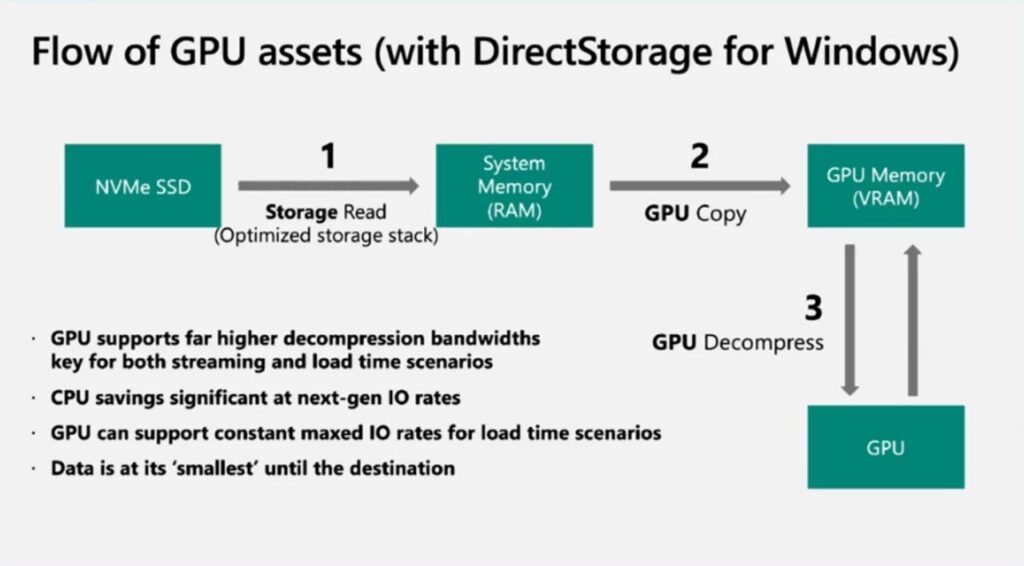 Problem is that for more than two years that it has been mentioned, DirectStorage still hasn't arrived on our PCs, whether they are in Windows 10 or Windows 11. Well, no, that's not quite true. The technique itself is available as we explained in this news from last March. Microsoft has published a large blog post about it. No, the problem is that despite this availability, very few video game development studios have taken advantage of the technique. Microsoft had insisted on the " primary " interest of DirectStorage in the world of video games. 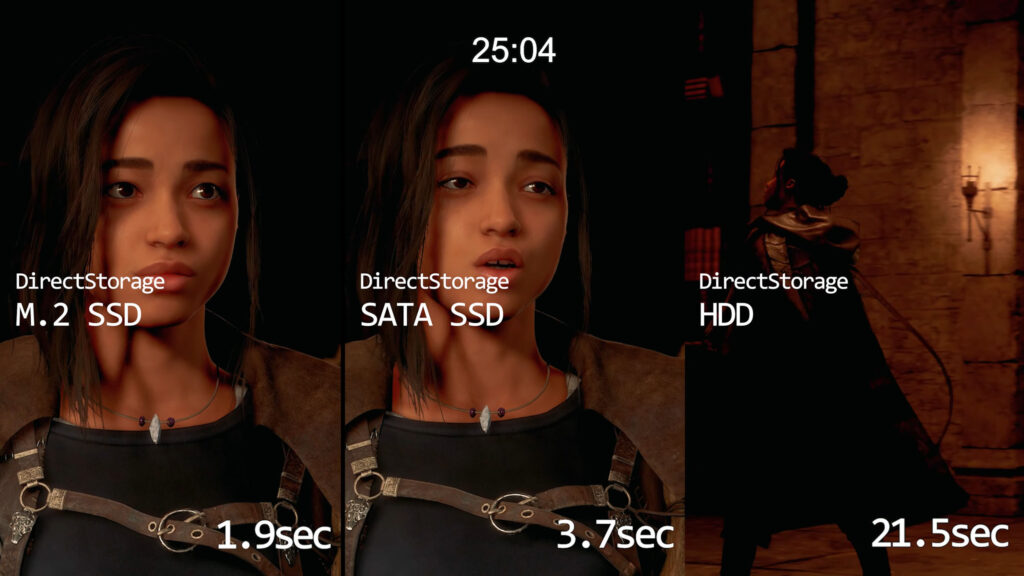 Despite Microsoft's efforts, projects that use DirectStorage can be counted on the fingers of one hand, and one of the most successful ones has just been largely rejected by its creators. At the beginning of the year, the game had been used as a technical demo for DirectStorage. Microsoft took the opportunity to highlight the lower CPU usage induced by DirectStorage: the reduction was between 20% and 40%. Microsoft also underlined the impact on NVMe SSD throughput.

Forspoken was originally scheduled for May 24, 2022, but was later pushed back to October 11, 2022. The developers at Luminoux Productions, who are designing the project for Square Enix, indicated that they needed more time to complete the project. This was obviously not yet enough, as they have confirmed a new postponement: Forspoken is no longer available until January 24, 2023.