The launch of mass production on this process paves the way for Intel's future generations of processors, including Meteor Lake and Granite Rapids.

For years, Intel seemed to have great difficulty in modernizing its production tools. While Samsung and TSMC - its two main competitors - were catching up and then overtaking it, the American company was having a hard time overcoming the obstacles linked to 10nm. In fact, for a long time, it was forced to extend the life of 14nm with successive updates that were more like a hiding place than real technological advances. 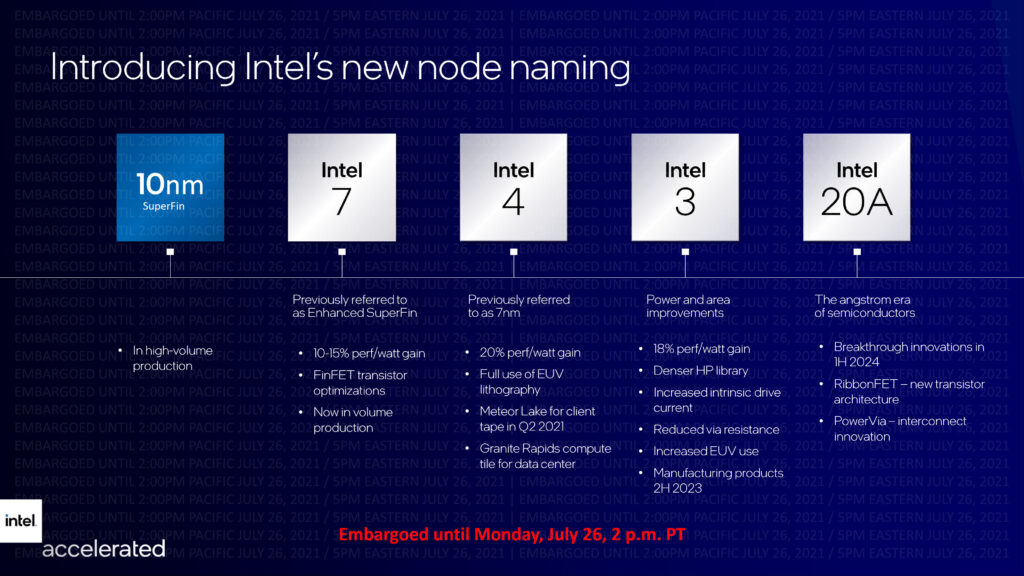 To partly justify its problems - and there is probably some truth in this - Intel explained that its competitors use less precise technologies. According to its own statements and at equivalent engraving level, Intel would indeed have a density of transistors much higher than Samsung or TSMC. A finding that has led him to revisit his nomenclature and rather than talking in "nm", he now opts for process names. Thus, the old 7 nm is known since almost a year under the name of Intel 4 as to show that it allows a density of transistors as important as the 4 nm of its competitors. 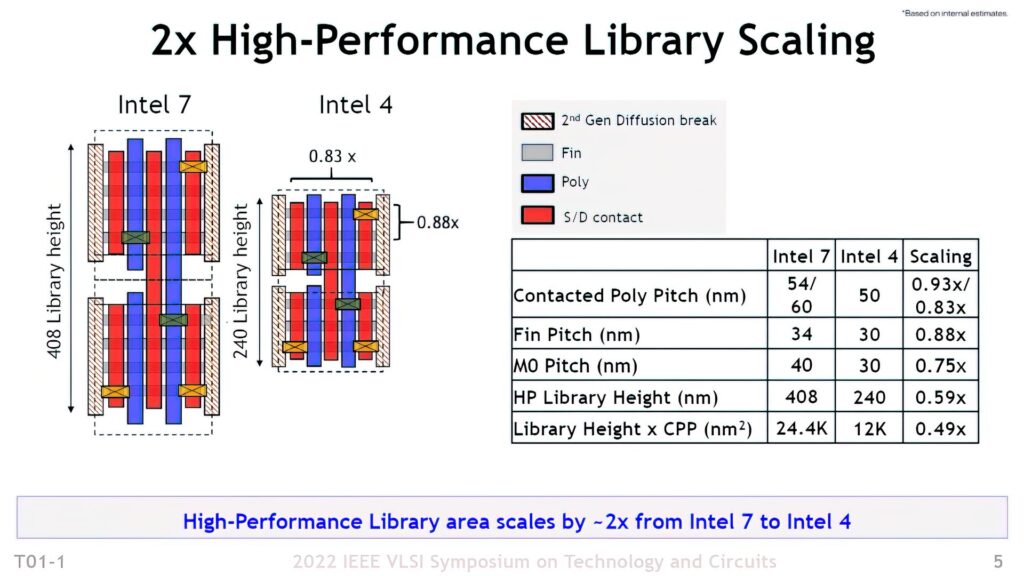 Precisely, at the IEEE Symposium on VLSI Technology & Circuits held last month in Hawaii, Intel gave news of this Intel 4. The process of engraving which must be the next major evolution of the American is thus perfectly in time. Indeed, Intel would be ready to launch the mass production around this process of engraving during the second half of 2022. Intel has also made some clarifications by indicating that the Intel 4 allows an increase in performance of 20% at equal power consumption. At the same frequency, the Intel 4 even allows an increase in performance of about 40% compared to the Intel 7 used on the Alder Lake and Raptor Lake generations. 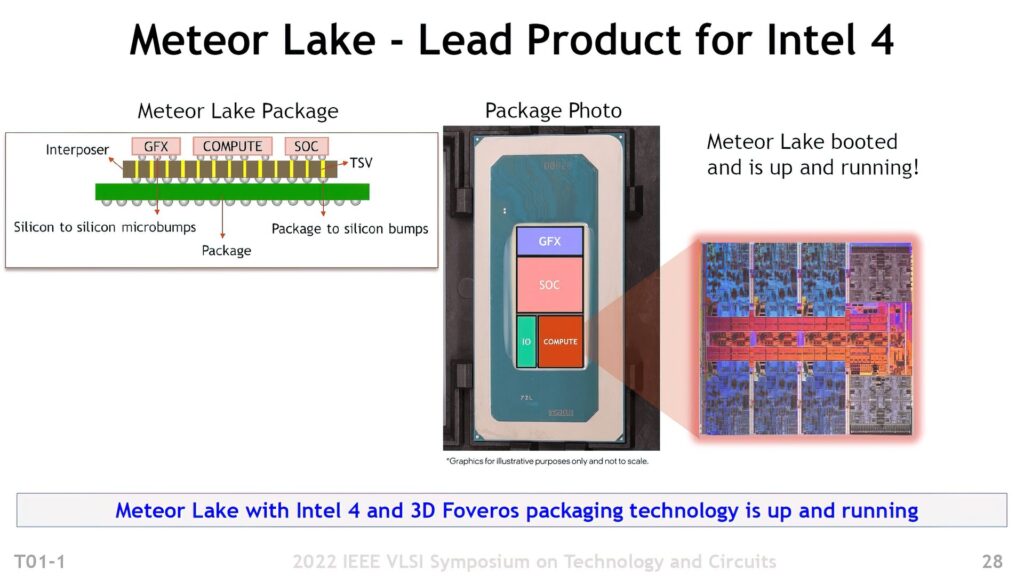 This performance improvement is due, of course, to the number of transistors that the Intel 4 allows to integrate into CPUs. Intel uses EUV lithography for this engraving process. This allows it to double the density of transistors compared to the Intel 7, which will be kept for many months. Indeed, the first processors to use the Intel 4 are not expected before, at best, the second half of 2023, it is the Meteor Lake generation for the general public and Granite Rapids for the business world. Note that the announcement of Intel on the Intel 4 process is precisely a way to tell us that all is well for Meteor Lake / Granite Rapids. The American also takes the opportunity to say that everything is going well for the rest of the operations. Indeed, the Intel 3 is already on track and would offer a new increase in performance: Intel expects +18% compared to the Intel 4.