It's probably not necessary to draw you a picture, but while the best commercially available NVMe SSDs cap out at 7GB/s read/write, GRAID Technology is now promoting its new PCI Express solution. The SupremeRAID SR-1010 improves on the already outstanding performance of the SupremeRAID SR-1000, which the company introduced in the summer of 2021 with a PCI Express 3.0 interface.

For the SupremeRAID SR-1010, GRAID Technology has logically raised the bar a bit higher. While PCI Express 5.0 is not yet in the works, it is being upgraded to 4.0 via a PCIe x16 expansion card. GRAID Technology doesn't mince words when it says that its solution is " the world's fastest PCIe Gen 4 NVMe and NVMeoF RAID card ". While we won't be able to test the beast, we can confirm this assertion, but GRAID Technology seems confident in its claim of a stable sequential read rate of 110 GB/s, but a doubling of the write rate from 11 GB/s in the previous generation to 22 GB/s today. 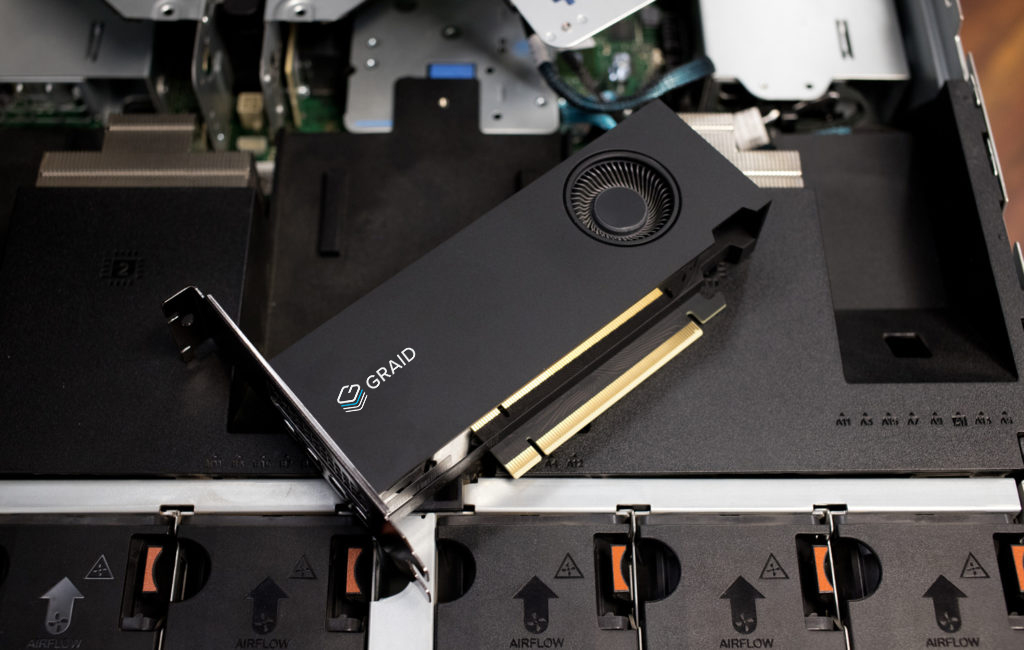 Of course, the random performance is the same, with a power of 19 M IOPS when the SupremeRAID SR-1000 had to be satisfied with 16 M IOPS in reading. For random writing, it's much the same, with an increase from 820K IOPS on the previous generation to 1.5M IOPS for the SupremeRAID SR-1010. To reach such speeds, the card would be based on a new component, GRAID Technology would have effectively swapped the T1000 GPU from NVIDIA for an RTX A2000 GPU from the same American brand: an evolution from the Turing generation to the Ampere generation.

As you can imagine, such a storage solution is not intended to populate your PC, even in the case of a war machine designed for 8K. GRAID Technology points out that it can enable RAID 0, 1, 5, 6 or 10 and can integrate up to 32 NVMe SSDs for a budget that probably far exceeds any gamer's. GRAID Technology has yet to release pricing for the SupremeRAID SR-1010, which is expected to be available in the next few weeks.