Overclocking the new DDR5 memory at the heart of AMD's concerns? A little behind Intel in DDR5 support, AMD seems to want to convince expert users through new overclocking features.

Last November, Intel launched its new range of processors for desktop machines, the famous Alder Lake CPUs. With them, the American company has introduced a new architecture, but has also ensured support for such modern technologies as PCI Express 5.0 or DDR5 RAM. The latter allows much higher data rates than its ancestor - DDR4 - and according to tests, one can go from 50 GB/s to more than 70 GB/s. Of course, this depends a lot on the configuration and memory settings used.

However, these performances could not leave Intel's eternal competitor, AMD, indifferent. AMD is lagging behind the Alder Lake CPU developer, but it should catch up soon: Ryzen 7000s with DDR5 support should not be too long now. There's no mention of an official date yet, but the latest rumors point to a release in the summer of 2022 or, at worst, in the fall after that. 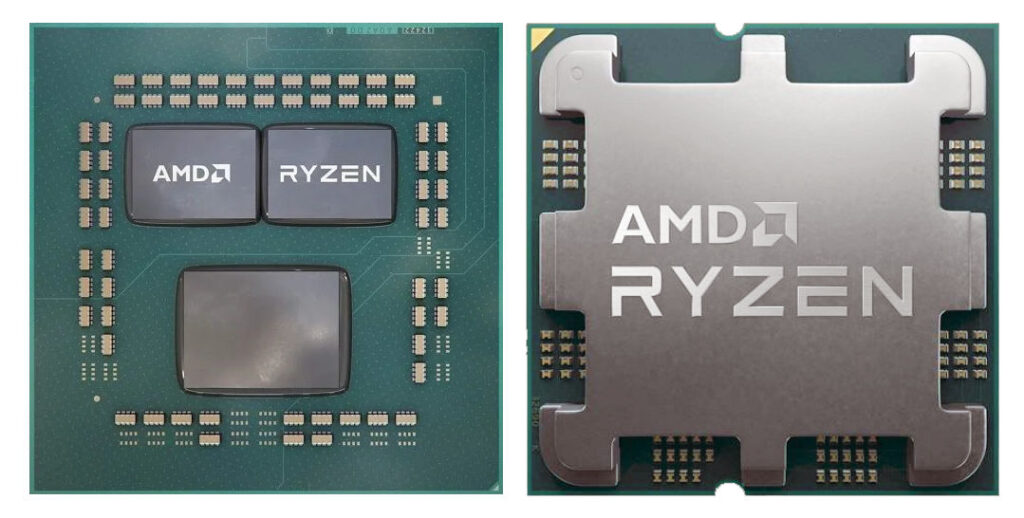 Here is what an AMD Ryzen 7000 processor should look like, ready for its AM5 socket... and its DDR5

Beyond the strict support of DDR5, the question is how AMD is going to do it, and this is where things are a bit complicated. Indeed, last January, everything led us to believe that AMD was going to use a technology called RAMP for Ryzen Accelerated Memory Profile, but there was no question of knowing more. Today, we are talking about EXPO for EXtended Profiles for Overclocking, without knowing if it is just a name change or if they are two very different technologies.

What is certain, however, is that AMD is trying to caress the most demanding users by offering them tools to overclock their RAM. The idea here is to offer something close to Intel's XMP 3.0. Thus, EXPO would involve two profiles that can be selected to optimize RAM in different ways. The first profile seeks to emphasize bandwidth by increasing frequencies(higher frequency). The second profile, on the other hand, focuses on latency for better responsiveness(tighter CAS timings). All this will be clearer once the Ryzen 7000 is presented in more detail by AMD, but the latter does not seem to want to leave too much space to Intel.