Could Ubisoft be the next big buyout in the video game world? Without doubt one of the last big "prey" for investors looking for profitable investments.

On January 18, Microsoft brought out the heavy artillery to acquire a giant in the video game sector, the American firm Activision-Blizzard. The Windows publisher didn't hesitate to take out the checkbook to buy the publisher behind the Call of Duty, Candy Crush, Diablo and Warcraft franchises. We are talking about an amount of around 68 - 69 billion dollars, which is obviously the biggest acquisition in the sector, and by far. 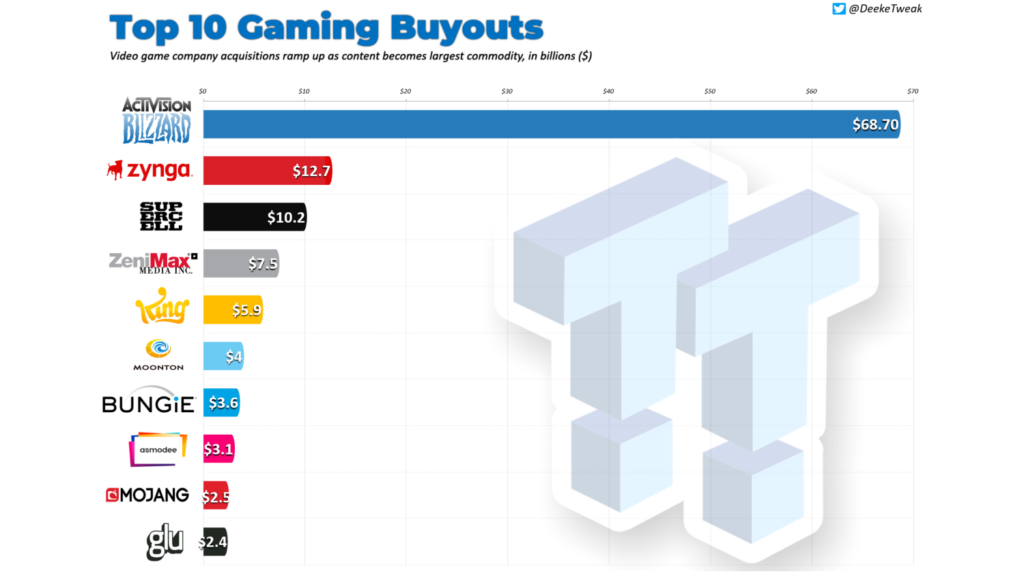 After the announcement of the Activision-Blizzard buyout, the market seemed to have calmed down. The amount paid by Microsoft may have raised fears of inflation in the cost of the most interesting companies, but several signals are now reviving the hypothesis of a takeover of the giant Ubisoft. As the world of video games turns more and more to subscriptions, dematerialized offers, the power of franchises and the ability to develop an entire environment around the most powerful of them, Ubisoft seems to be one of the best equipped.

In fact, the French company is one of the few "targets" worthy of interest. It has well-known and recognized franchises such as Assassin's Creed and Rainbow Six, to name but two, and a catalog full of titles with interesting potential. Relayed by Bloomberg, several sources even mention an interest in Ubisoft from particularly powerful financial companies like Blackstone or KKK. Firms that would have the means to achieve their ambitions, knowing that at the last estimate, Ubisoft would be valued "only" at 5.2 billion dollars.

A sum that would of course have to be substantially increased to convince its current owners to "let go" of the business. Indeed, let's remember that a few years ago, Ubisoft's boss - Yves Guillemot - had fought tooth and nail against a takeover attempt by Vivendi. At the time of publishing his latest financial results, the same Yves Guillemot reminded us that " Ubisoft can remain independent " before adding " We have the talent, the financial dimension and a catalog of powerful franchises. If we were to face a takeover bid, the board of directors would look at it in the interest of our shareholders ". This last statement does not mean that any takeover attempt will be rejected. Has Ubisoft's position changed?