Since the release of Windows 11, the question of its adoption rate has been subject to debate.

Officially announced on June 24, 2021, Windows 11 was released on October 5, even though the rollout of the upgrade from Windows 10 was spread over several months after that date. However, since the official release of Microsoft's new operating system, there has been a lot of contradictory information about its adoption rate. It must be said that by forcing the hand of users - with the need for a reliable platform module (TPM) 2.0 in particular - Microsoft has reduced the number of eligible machines.

Very quickly after the release of the operating system, various institutes set out to evaluate the adoption rate of Windows 11. Contradictory studies have been published on the subject and it is difficult to have a clear vision of the situation today... knowing that Microsoft itself does not seem to be in a hurry to communicate. 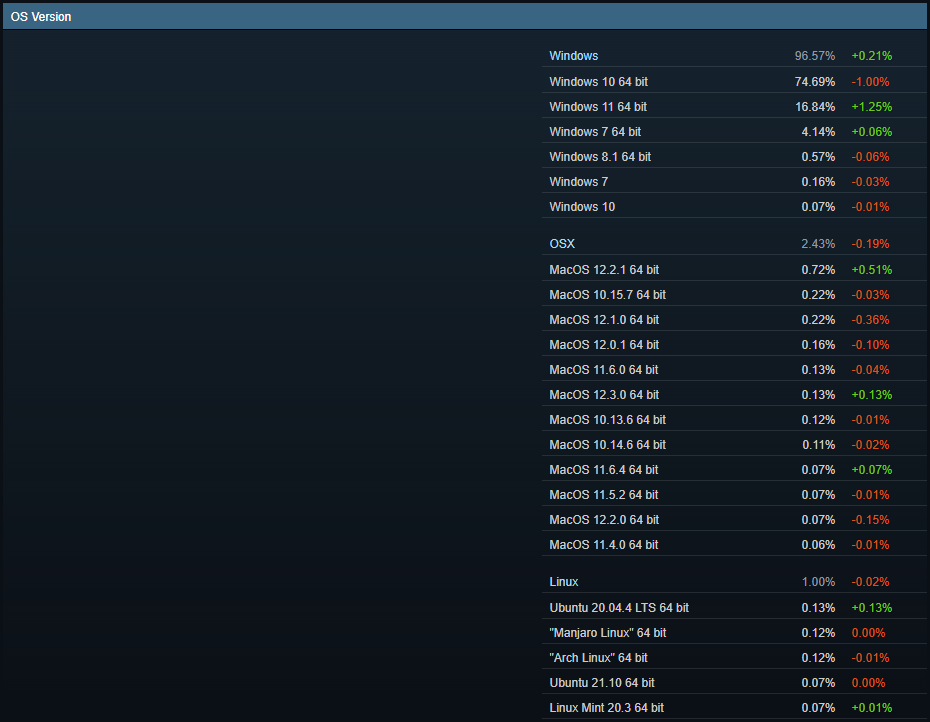 Besides these studies, we can also rely on the hardware surveys conducted monthly by the Steam platform. Number one in PC gaming, Steam regularly surveys the configurations of its subscribers. Of course, this is not a perfectly reliable source since it does not concern all Steam subscribers. However, the details of the configurations provide a lot of information and, as the number of people surveyed does not change much from one month to the next, we can also identify some trends.

This is precisely what the Neowin site has just done, stating first of all that last December, just under 9% of Steam users had a PC running Windows 11. Since then, things have progressed quite a bit and the survey published in March 2022 by Steam shows 16.84% of PCs running Windows 11. Although the progress is significant, it seems to be slowing down: in February 2022, there were already 15.59% of machines running Windows 11. Moreover, there is no way of knowing what percentage of machines is eligible for Windows 11 migration.