Intel launches Arc Alchemist, but limits itself to laptops for now After months of more or less precise announcements, Intel is now back on the graphics card market, but has not yet presented all its products.

We've been talking about Intel's return to the dedicated graphics card market for several years now, when the sector was inevitably divided between AMD and NVIDIA, between Radeon and GeForce. After many presentations and conferences focused on the technology implemented, Intel has finally lifted the veil on real products of this range that we know for almost a year under the name of Arc Alchemist. The problem is that while the products have been presented, Intel will clearly segment its offer.

During the presentation on March 30th (in video above), the American company focused on GPUs for gaming laptops, and it's still keeping some under wraps since the launch of the Arc A-series Mobile Graphics will be done in two stages. First of all, we have the entry-level GPUs, the least powerful ones, based on ACM-G11 SoC: the A350M and A370M. Not only is the chip at the heart of the two GPUs identical, but the specifications are also very similar, although the latter has more Xe-Core (8 versus 6). In fact, the A370M is better equipped in every respect: more execution units (128 vs. 96) and more FP32 cores (1024 vs. 768). On the other hand, the amount of video memory is the same (4GB GDDR6) and the interface bus remains the same (64-bit). 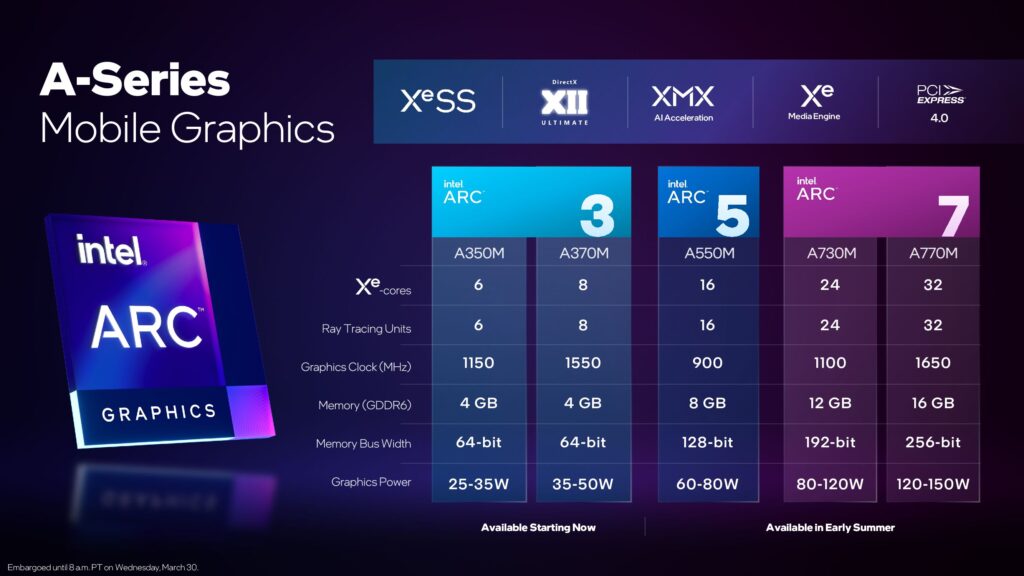 Intel specifies that these first two GPUs are now available through many laptops (more than fifteen partner manufacturers) for which the American manufacturer has developed the EVO platform. As in the good old days of Centrino, it's all about certifying a certain level of performance and functionality through components recognized by Intel. Thus, the EVO platform is designed around 12th generation Intel processors - the famous Alder Lake - and, of course, an Arc Alchemist A350M or A370M graphics solution. 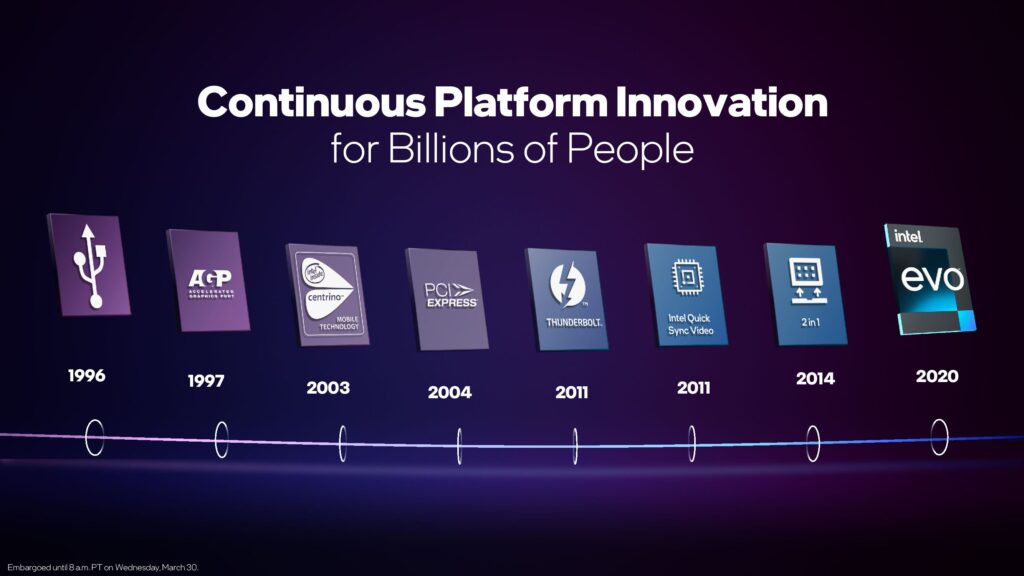 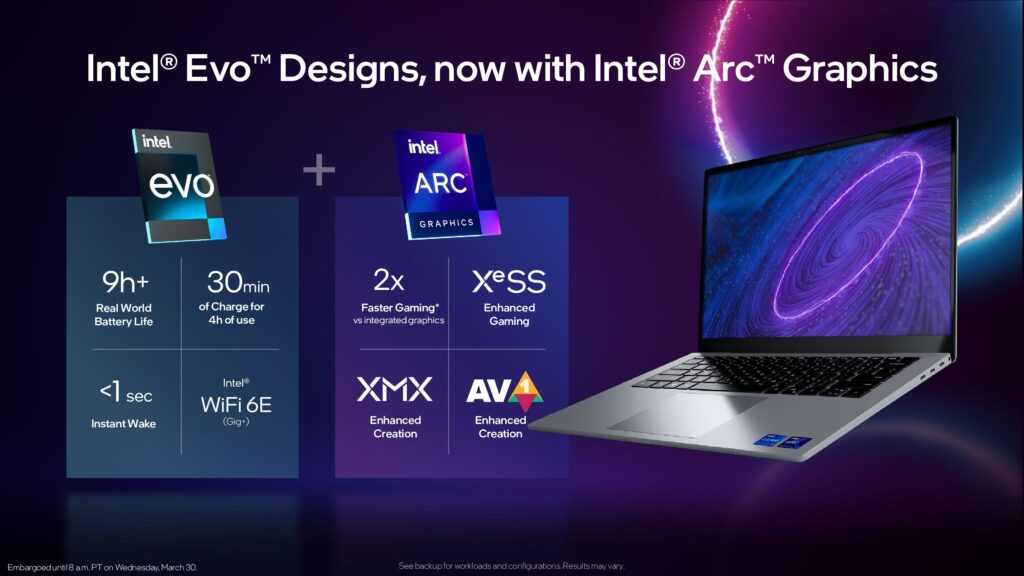 As interesting as this information is for the many laptop users who will be able to take advantage of high-performance gaming solutions at what we hope will be reasonable prices, it does not hide the fact that there are no details about the arrival of the first Arc Alchemist graphics cards for desktop computers. On this last point, Intel did not make any comment, contenting itself with a little teasing to show the design of these cards that we expect for next summer. 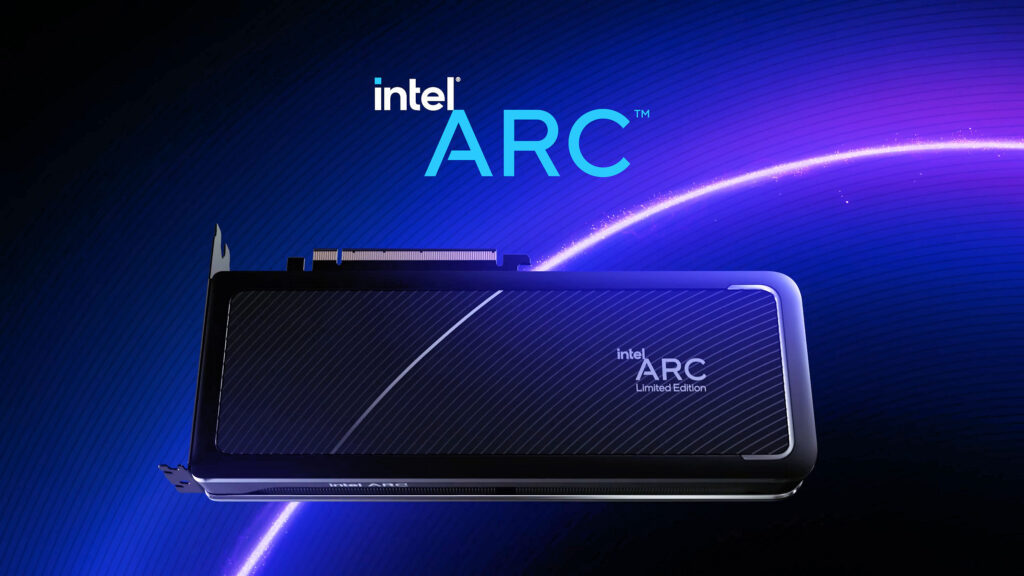