A minor update for Windows 10, but a new feature to boot The release of Windows 11 fortunately does not mean the end of the monitoring of Windows 10, which continues to receive security updates... but not only.

Only a few days ago, Microsoft rolled out a new update for Windows 10. A "minor" update compared to the new versions that the publisher releases every six months. Generally speaking, these updates are mostly there to fix a few bugs or provide precise and quick answers to annoying security flaws. In this case, the roadmap is a bit different.

Called KB5011543, the update in question is available for recent versions of Windows 10, namely 20H2, 21H1 and 21H2. It logically evolves these versions of the operating system, which are now respectively 19042.1620, 19043.1620 and 19044.1620. As always, it is first and foremost a matter of integrating a few fixes to Windows 10. For example, there is a question of reversing a bug related to some connection menus: the back button became invisible when the system was configured in dark mode with the highest contrast level. 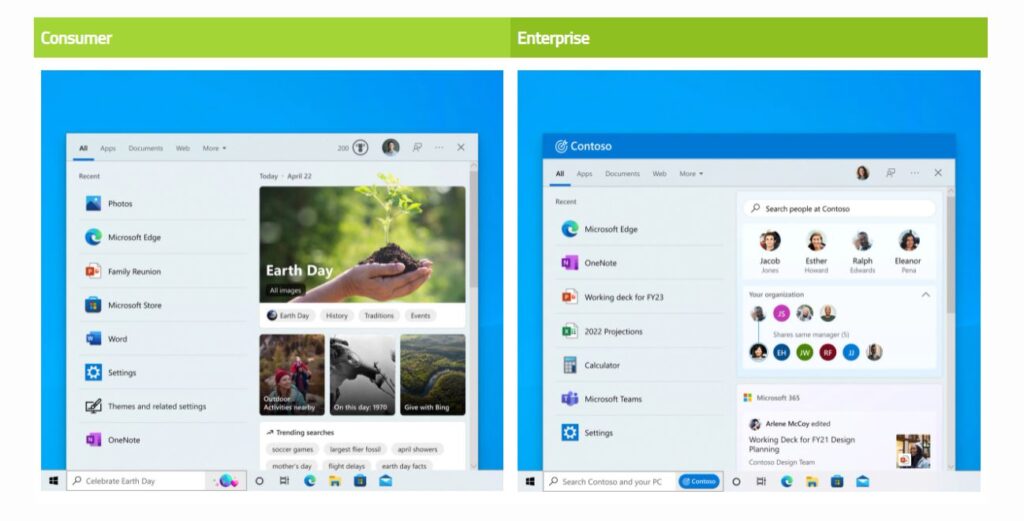 There is also a question of fixing a bug that was annoying for Android users who were trying to take advantage of certain Windows applications like Outlook or Teams. Finally, Microsoft specifies that a fix for Bluetooth has been deployed: it is a reversal of a Bluetooth pairing problem that could cause an error message to appear when there was actually no problem. However, this KB5011543 update is mainly interesting for the new feature it includes.

Indeed, contrary to its usual practice, Microsoft has taken the opportunity to deploy a small new feature. This one is called Search Highlights and enriches the Windows search area, which is accessed from the taskbar in particular. The idea is quite simple: to bring more elements to the search by taking into account certain elements such as the current date, holidays or celebrations. Search Highlights can also be based on Bing and the user's location to enrich searches, return activities close to us ... In the enterprise version, the returns are enriched with more "professional" elements.