The switch to the new generation of RAM can be simplified by such "hybrid" motherboards.

The Chinese manufacturer Onda is clearly not a major company in the small world of motherboards. Yet it has just made an announcement that has taken the major manufacturers by surprise, but to explain the thing, we need to go back a few weeks, a few months. Last November, Intel launched its 12th generation of processors for desktop PCs. Called Alder Lake, this generation was an opportunity to introduce several new features, including DDR5 RAM.

This last one has several trump cards in its sleeve like frequencies much higher than the DDR4 and, in fact, very clearly superior flows. It also requires a lower electrical voltage to operate and allows to reach much higher capacities. So many advantages that mark a notable evolution compared to DDR4 and explain Intel's choice. However, the American is not crazy: he knows that the switch from one generation of RAM to another is not done by snapping his fingers, which is why Alder Lake is able to work with DDR5 ... but also with DDR4. 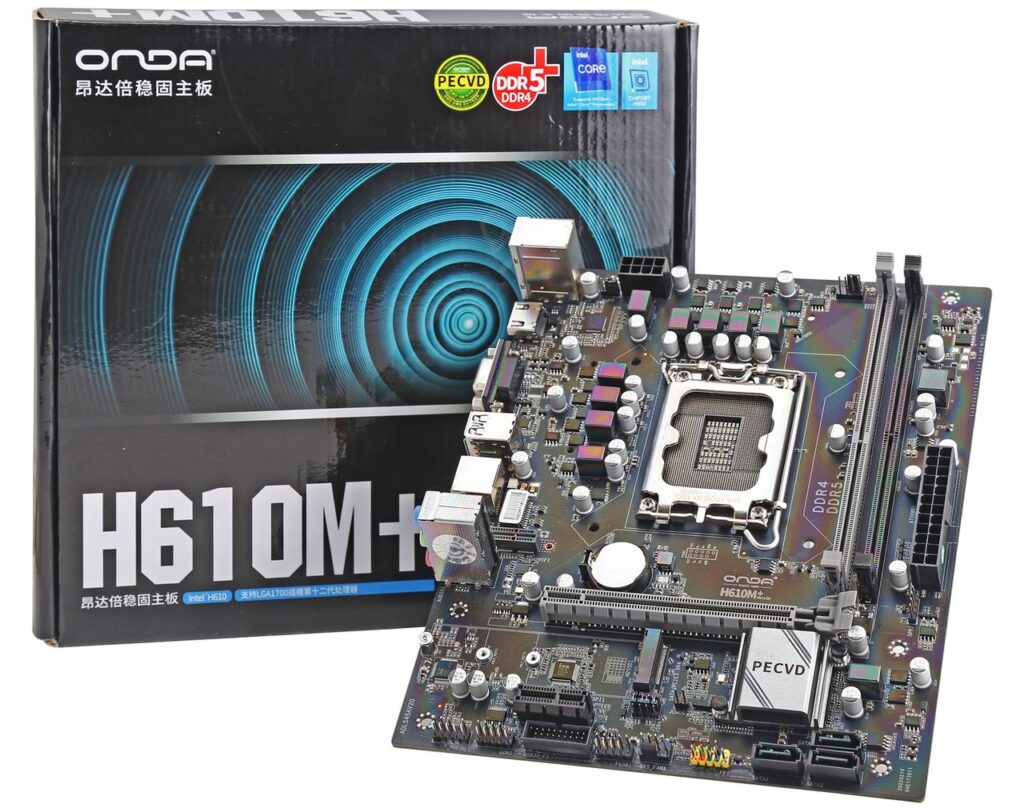 The H610M+ motherboard by Onda

Since the release of these 12th generation processors, we've seen two main categories of motherboards emerge: those with DIMM ports for DDR5, which are often more expensive, and those with DIMM ports for DDR4. Depending on the user's objectives and budget, one or the other technology is chosen. Onda is the first company to bring to market a motherboard that can support both memory technologies.

The H610M+ board from the Chinese manufacturer is in micro-ATX format and has two DIMM ports: the first is DDR4-3200 compatible while the second is DDR5-4800 compatible. This is not a high-end motherboard - as the H610 chipset that equips it testifies - and the limitation to one DIMM port for each of the two technologies will not allow you to take advantage of the dual channel: it is effectively impossible to populate the two DIMM ports simultaneously. On the other hand, on inexpensive machines, one can consider staying on DDR4 at first, then moving to DDR5 a little later and, finally, keeping this DDR5 for the next generation of CPU / motherboard. That said, Onda is not distributed in France, so there is little chance of seeing such a card in our latitudes.