No less than 20 new references for this third wave of 12th generation processors.

Intel had warned that the launch of the new Alder Lake architecture would be done in several "salvos". So, after the release of the first models - the famous 'K' and 'KF' series - last November, the American microprocessor specialist brought out the heavy artillery in January at CES 2022 in Las Vegas. There, it completed its range of processors for desktop machines and took the opportunity to launch the first "mobile" Alder Lake models on the market. At the time, however, there was no question of reaching all mobile users, since only the Alder Lake-H, the most powerful but also the most demanding, were distributed. 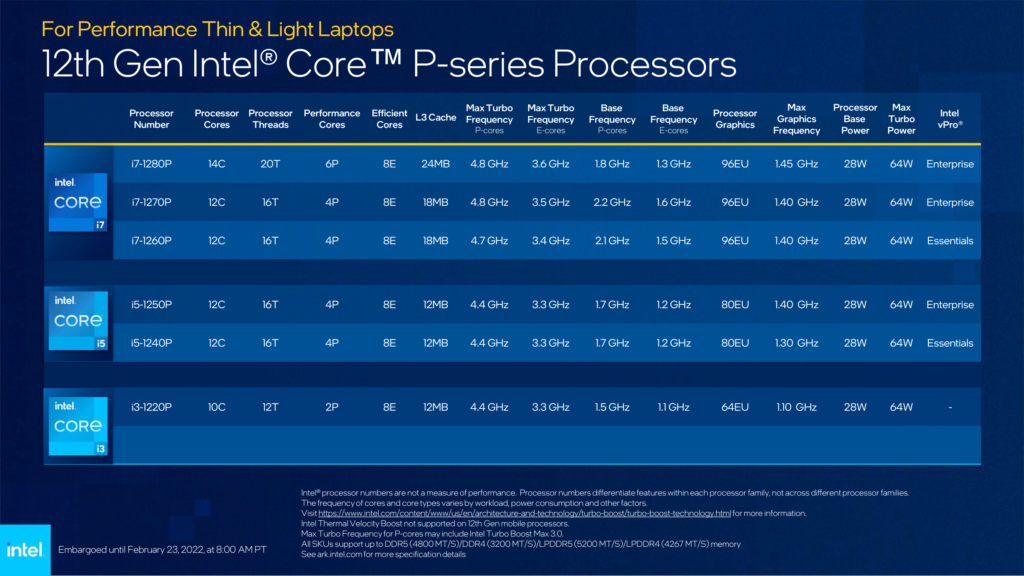 Intel details the processors of the Alder Lake-P range

Today, Intel is completing its offer by adding another 20 references to the already long list of 12th generation processors. However, the interesting thing about today's news is that they focus on a segment that has been somewhat neglected by Intel in recent years, and on which competitors such as Apple have jumped with some success. Thus, the Alder Lake 'P' and 'U' ranges include so-called "low power" and "ultra low power" processors. A look at the data sheets of these processors is enough to convince you: the 'P' have a maximum processor base power of 28 Watts, while the previous Alder Lake processors for laptops ('H') reached 45 Watts. The difference is even more marked with the 'U' which, depending on the model, have a maximum power consumption of 15 Watts or even 9 Watts! 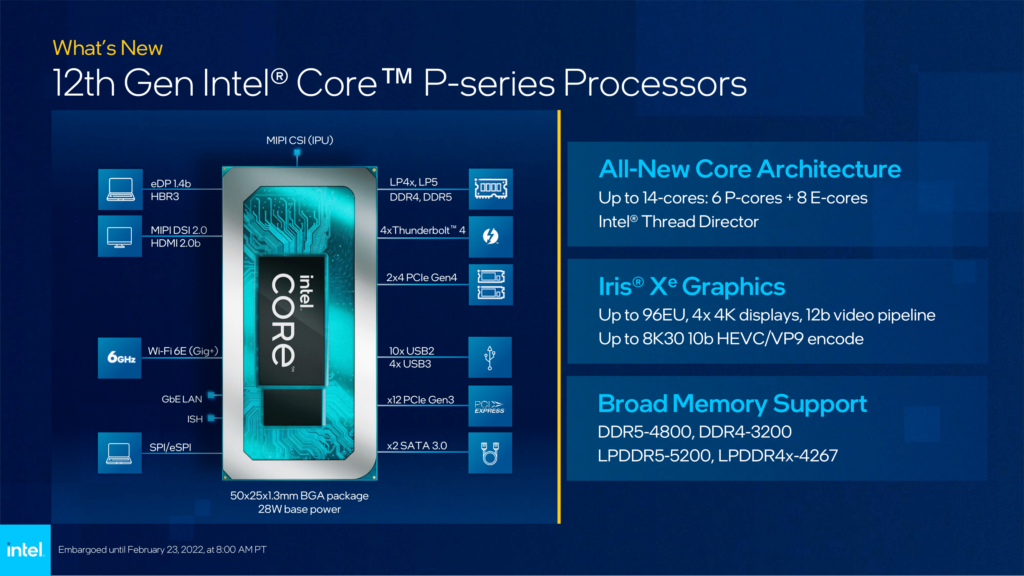 Reducing consumption has not been achieved by sacrificing the main innovations related to the Alder Lake architecture and these new processors belong fully to the 12th generation of Intel as evidenced by the combination of Golden Cove cores (P-Cores, for performance) and Gracemont cores (E-Cores, for efficiency). Intel also specifies that its processors are capable of using the new DDR5, although things vary depending on the model. However, there is no mention of support for PCI Express 5.0. 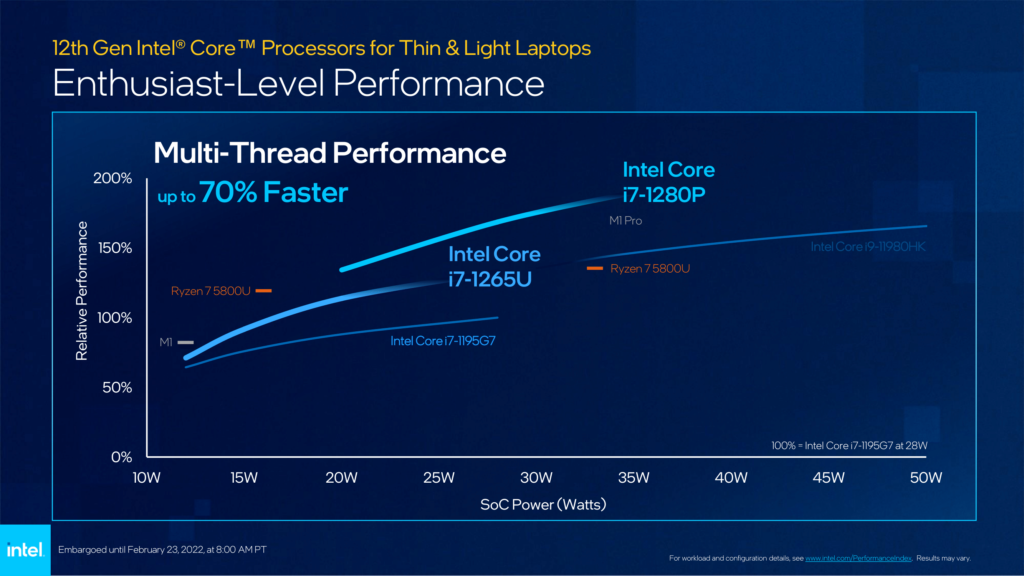 Finally, on the performance side, Intel has published several slides to highlight the excellence of the Alder Lake-P and Alder Lake-U processors. Of course, it's hard to imagine the company doing anything else, and we'll have to check all this when the laptops are released. Intel has confirmed that the first models should be available in March and that a total of more than 250 references are expected by the end of the year from a large number of manufacturers, including Acer, Asus, Dell, Fujitsu, HP, Lenovo, LG, MSI, NEC and Samsung.