A thunderclap in the small world of video games with this absolutely unprecedented buyout.

When Phil Spencer took over as head of Microsoft's Xbox division, he promised change and - in particular - to put the emphasis back on games rather than multimedia. This quickly translated into the coming together of many small studios and the return of some of the key PC gaming franchises like Age of Empires and Flight Simulator. It also meant unprecedented acquisitions like ZeniMax Media - parent company of Bethesda Softworks - for $7.5 billion in 2020.

At the time, people were already talking about a remarkable acquisition and emphasizing the importance of the investment. Only a few weeks ago, Take-Two Interactive raised the bar a little higher by spending $12 billion to buy the publisher Zynga. However, these two purchases are nothing compared to the great acquisition that Microsoft announced last week. In exchange for a cash investment of $68.7 billion, the company acquired one of the most important publishers in the video game world, Activision-Blizzard-King. 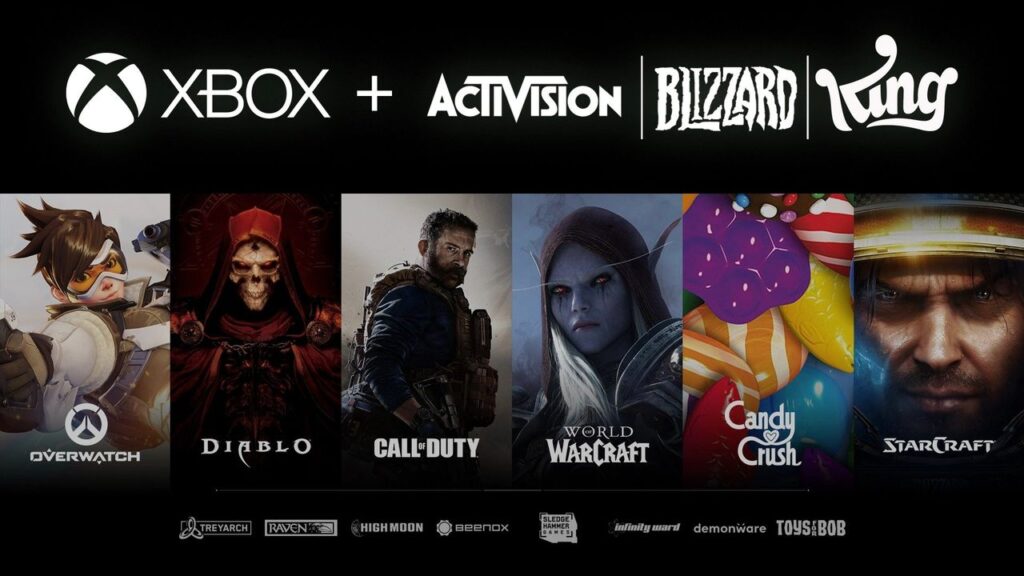 The amount is properly stratospheric and comes close to that spent by Disney in 2019 to acquire 21th Century Fox ($71 billion). For Microsoft, however, the investment is not exaggerated as it allows the firm to position itself in different sectors. Indeed, through its Xbox division, Microsoft has a strong presence on consoles, but by buying Activision, it is getting its hands on the Call of Duty franchise, which is an annual hit on PlayStation, quite simply the most played game in the United States on the Sony console.

Microsoft's position on the PC was already strengthened by the return of the franchises mentioned above. However, by acquiring Blizzard, Microsoft is going much further: it can now count on huge franchises in the PC world such as World of Warcraft, Overwatch and Diablo. Finally, by acquiring King, Microsoft is entering the mobile market, which represents a huge source of income, as shown by the success of Candy Crush, which has been published for years by King, but which is making more and more profits every year.

While Microsoft was not very present in the mobile world, it immediately became a major player thanks to King and Candy Crush, but also thanks to the porting of some major licenses: Call of Duty Mobile by Activision or Diablo Immortal by Blizzard. Lisa Cosmas Hanson of Niko Partners says: " Importantly, this deal includes the acquisition of King and several other mobile game studios owned by Activision. Mobile games are critical to Microsoft's ability to reach the world's three billion gamers.

Finally, encompassing Activision-Blizzard-King allows Microsoft to present itself as a major player in eSports and the Asian market. Lisa Cosmas Hanson explains: " Activision Blizzard has a stronger presence in Asia than Microsoft, perhaps because Microsoft has focused on consoles and most Asian gamers prefer PC and mobile. In addition, Japanese console brands dominate console gaming in Asia. This acquisition allows several pieces of the video game industry puzzle to fit together nicely on a global scale."