Some smart guys are full of ideas to solve the little problems that Windows 11 can cause to users used to their old OS.

Our colleagues at MyWindows regularly talk about the small changes Microsoft has made to its latest operating system, Windows 11. Today, however, it's not about a change made by the company founded by Bill Gates. No, MyWindows talks about the case of the little 10SM software. The objective here is to correct a big problem for some users: the fact that the Start Menu of Windows 11 is very different from that of Windows 10. The disappearance of dynamic tiles does not necessarily bother many people, but the general organization of the new menu, the large presence of Microsoft recommendations and the shift to the background of the list of applications are all "disturbing" elements. 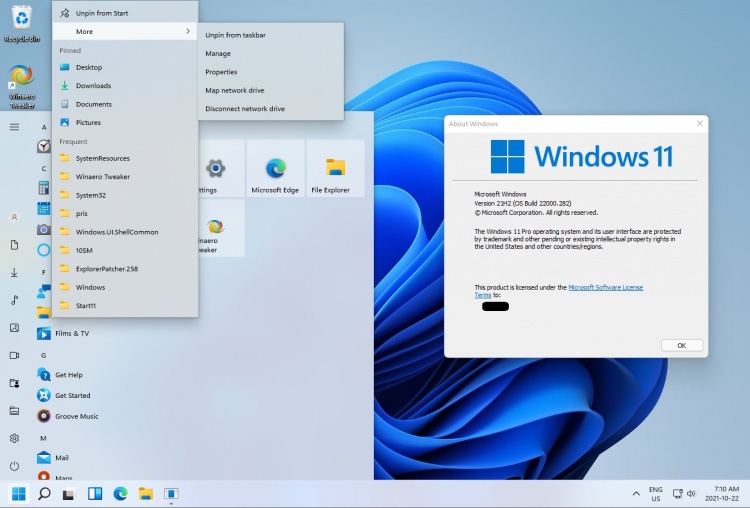 Created by a programmer named bbmaster123, the 10SM software - SM for Start Menu of course - aims to remedy the situation. The software replaces the Windows 11 Start Menu with the Windows 10 Start Menu. We then find all the options we were used to and we do not feel that this causes any slowdown or instability on the system. The 10SM software can be downloaded from the GitHub platform, it is free and the installation procedure is very simple.

Its creator, bbmaster123, points out that it is necessary to modify some system files of Windows 11. Obviously, such a step should not scare you. It should be noted, however, that any future update rolled out by Microsoft is potentially capable of thwarting 10SM's task: by updating some of the system files that the software uses, Microsoft could well block its action without even meaning to. The author explains that 10SM currently works with Windows 11 build 22000.376. We can also imagine that bbmaster123 follows up his little creation and updates it to keep up with the changes made by Microsoft.