Intel and graphics cards: a postponement of the launch of the ARC generation to the second quarter of 2022? Discreetly, Intel has modified all its official pages related in some way to the release of ARC Alchemist graphics cards.

Last August, after months of rumors, Intel had finally made official its return to the graphics card scene, more than ten years after the cancellation of the Larrabee project. A return that should take the form of a sequence over several generations / several years through a wide range already called Intel ARC. The first stone - ARC Alchemist - had been announced for the first quarter of 2022 and things were to evolve year after year: ARC Battlemage in 2023, ARC Celestial in 2024 and ARC Druid in 2025.

A multi-year plan that already seems to have some setbacks. In a very discreet way, without informing the press or publishing any report, Intel has indeed updated all its official pages related to ARC Alchemist. Until the very beginning of the year, just a few days ago, we could read that ARC Alchemist was scheduled for release in the " first quarter of 2022 " or " Q1 2022 " as the English-speaking world likes to call it. 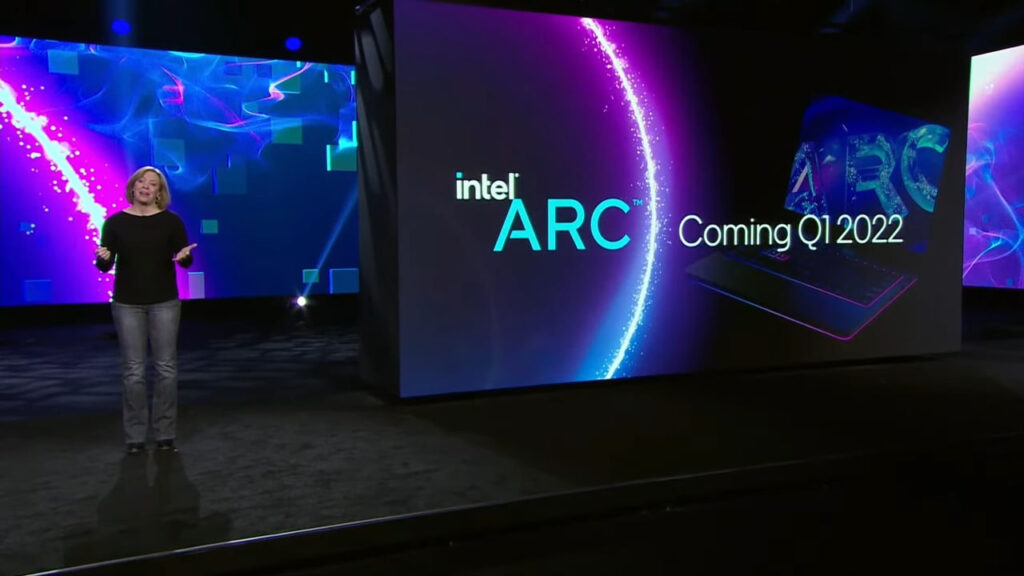 In the space of a few days, Intel removed all these mentions and replaced them with a much more vague " 2022 ". To see for yourself, just go to the official ARC Alchemist site and compare what you see there today with what theInternet Web Archive has saved about the very beginning of 2022.

Since Intel has not communicated about this change in schedule, there is obviously no question of having any explanation from the American manufacturer. On this subject, we can even say that Intel's communication is, at best, confused and, at worst, catastrophic. It seems clear that it intends to distribute its first GPUs in more than fifteen years during the year 2022, but the question of the window seems much more delicate. Some sources mention Intel's desire to have large stocks in order to avoid being in the same situation as AMD / NVIDIA whose graphics cards are very difficult to find.

Others mention the possibility of a release in several waves as it was the case with the new generation of processors - Alder Lake - with a first launch last November before a second wave this month. It could then be that, on the graphics card side, Intel will first release entry-level GPUs for the laptop market. Only later on, it would turn to desktop machines and gamers with more high-end GPUs. Of course, all this is conditional, but the announcement of an Intel event called VISION on May 10 seems to confirm this second hypothesis.