At the end of each year, it's a bit of a ritual and we discover the most successful games on what remains, by far, the leading video game platform on PC.

To be exact, you have to know that if Valve - owner and promoter of Steam - starts its 2021 ranking on January 1st, it stops it a little before the end of the year holidays and before the launch of its big winter promotions campaign, on December 15th. From these almost twelve months, Valve has deduced a top 100, but rather than making a very precise ranking, it has mostly established large categories that certainly allow to identify "winners" and "losers", but not to establish a complete hierarchy.

At the top of the list is the so-called "platinum" category with its twelve games that represent the best-selling titles - in terms of gross sales - over the year. Some of these games are regulars on the Steam ranking, which shows that the best-selling games are still very popular: Counter-Strike: Global Offensive, Destiny 2, DOTA 2, Grand Theft Auto V, PUBG and Rainbow Six Siege. Dead by Daylight has moved up a step: for the last two years, it was in the gold category. Finally, five other games complete this list, new releases of 2021 that have been successful: New World and Valheim are not surprises, they have been successful for a while now, they are completed by Battlefield 2042, a sure value, Apex Legends and Naraka: Bladepoint. The latter is undoubtedly the surprise of this ranking. 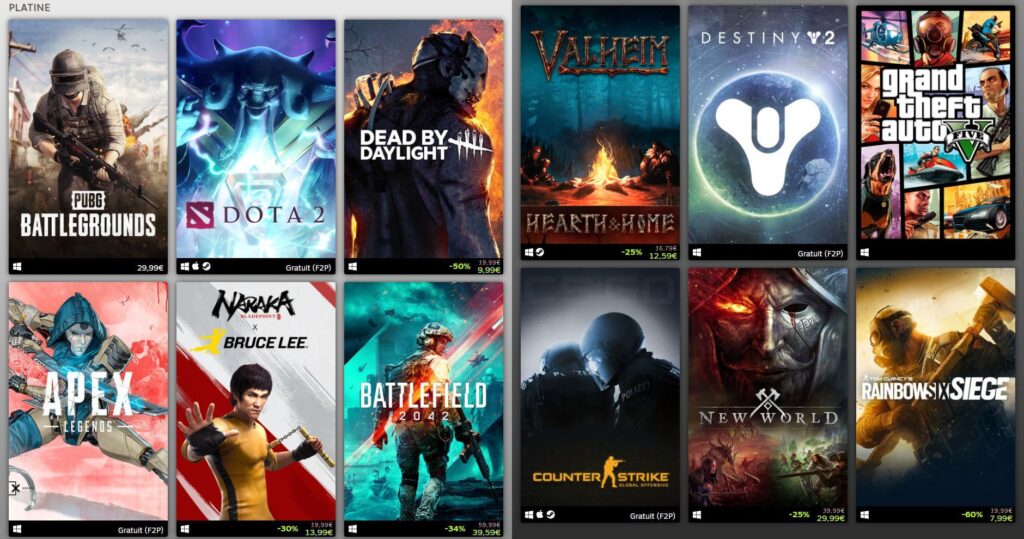 The gold games have obviously performed less well, but they are still excellent performances and there are also some sure values like Final Fantasy XIV, Red Dead Redemption 2, Rust, The Elder Scrolls Online or Warframe. It's funny to find Forza Horizon 4 while the last opus, Forza Horizon 5, was released at the end of the year: the two are side by side in this ranking. Despite a rather cold critical reception, the presence of FIFA 22 will surprise no one, as well as Sea of Thieves which has been a real hit since its release on Steam in June 2020. Back 4 Blood and It Takes Two complete a rather varied category.

Finally, the "silver" category, although less prestigious, is far from being a collection of second-rate games. There are some sure things, emblematic titles from the PC game library that are nothing new, such as Civilization VI, The Sims 4 or Stellaris. Phasmophobia is another PC exclusive and it's quite a surprise to find it in this place. Some might have thought that Cyberpunk 2077 would be a bit higher in the ranking, but let's not forget that it benefited from a preferential release on other platforms and sold very well on GOG. Ark: Survival Evolved and Monster Hunter World confirm their good health, respectively 4 and 3 years after their initial release, while Age of Empires IV, Halo Infinite, Mass Effect Legendary Edition, Outriders and Resident Evil Village perfectly illustrate the various fortunes of games released sometimes too late in the year to be a success.

For the rest of its top 100, Steam puts everyone in "bronze" and we find typical PC games like Football Manager 2022 or Humankind, titles with a very particular concept whose success is not denied with each release like Farming Simulator 22 and games involving more platforms, sometimes very old, like Borderlands 3, Days Gone, Guilty Gear: Strice, NieR Replicant, Phantasy Star Online 2: New Genesis or Tales of Arise. 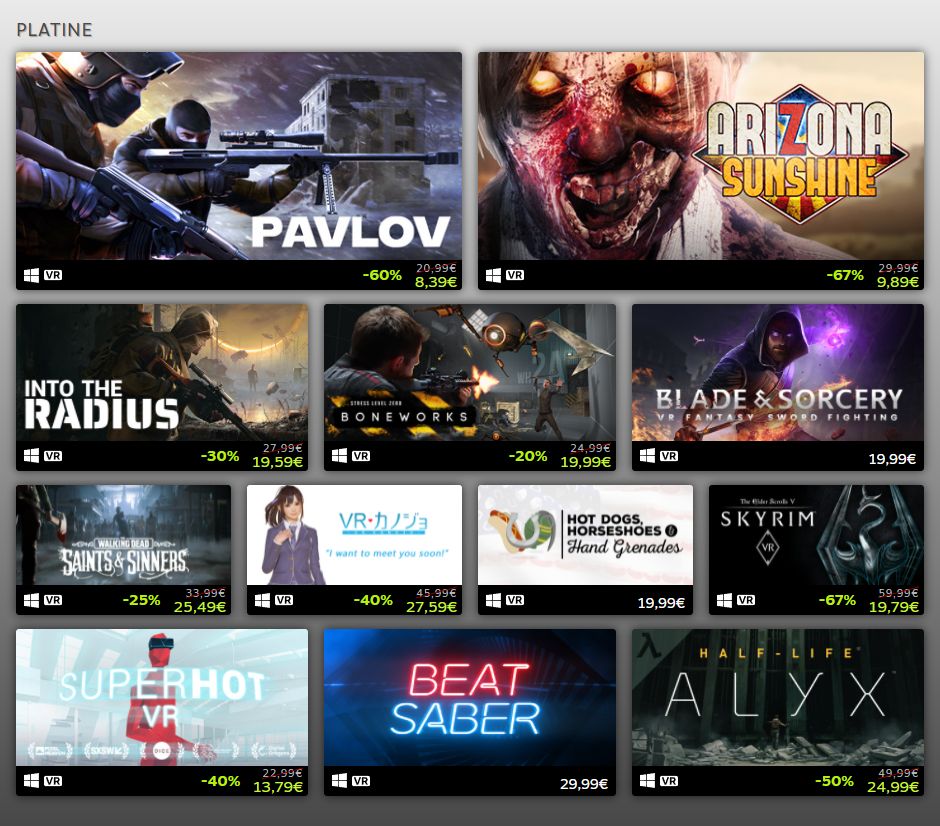 Let's remember that the Steam Tops of the Year are an opportunity to present other categories of games and to focus, for example, on the only new releases of 2021, on titles that have successfully completed their early access or on virtual reality games.