At the end of last week, we reported on the progress made by the start-up Lightelligence in the field of optical or photonic processors. Today, publications from the Vienna University of Technology open up new perspectives for the semiconductor industry. Researchers in the Austrian capital have come up with the concept of an "adaptive" transistor based on germanium. Basically, a transistor can adopt two states that can be summarized by the formula "0 or 1": the adaptive transistor can adopt various intermediate states. 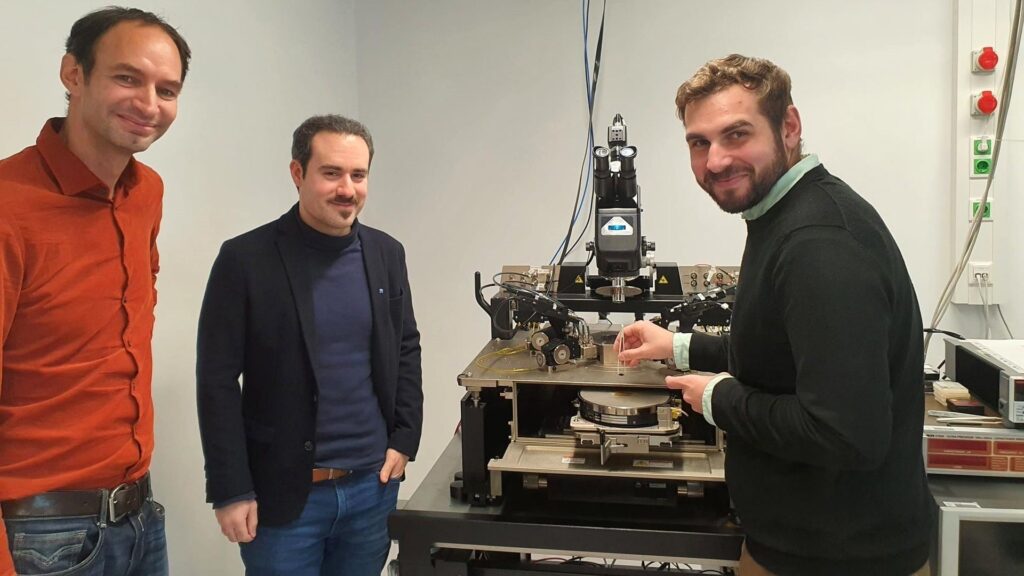 From left to right, Walter Weber, Masiar Sistani and Raphael Böckle from the Vienna University of Technology

Three of the members of the Viennese team, Walter Weber, Masiar Sistani and Raphael Böckle, were not content with announcements and, as SciTechDaily points out, they presented what is known as a "proof of concept", in other words, a working prototype of their work. Work that is still largely preliminary and explains why, by the researchers' own admission, their transistor is currently " difficult to produce," but they believe that these production difficulties can be quickly resolved.

" We connect two electrodes with an extremely thin germanium wire through an extremely clean, high-quality interface. Above the germanium part, we place an electrode gate like those found on conventional transistors. The decisive element is the additional control electrode placed on the germanium-metal interfaces. This allows the transistor's function to be programmed dynamically". They add " the electronic structure of germanium is special. The so-called negative differential resistance allows us to give the transistor exactly the properties we need at the time we need them".