The fight against piracy can take many different forms, to say the least, but the associated promotion is quite unusual.

With the release of Windows 10, Microsoft has significantly lowered the cost of the entry ticket for new versions of its operating system. Think about it, owners of Windows 7, Windows 8 or Windows 8.1 could get the upgrade to Windows 10 for free. Rather than trying to charge its users again, Microsoft has even renewed its seduction operation with the recent release of Windows 11, which is also free for all owners of the aforementioned operating systems.

Of course, to finance itself, Microsoft relies on other sources of revenue and if Windows doesn't bring in as much as it used to, the Office suite brings in a lot of money that Microsoft is still trying to increase. We already knew about the switch to the " as a service" suite, rather than the one you buy once and for all: Office 365 effectively ensures a more regular monitoring for its users and the deployment of new features without having to pay again and for good reason, the payment is made through a monthly subscription, a source of regular capital for the publisher. 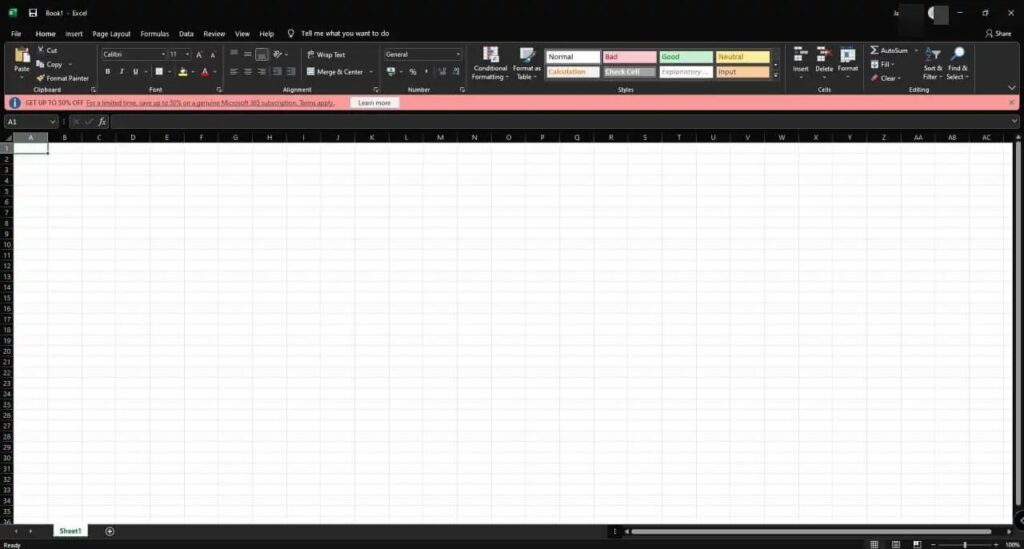 For Microsoft, this does not seem to be enough and the editor has probably done its accounts to try a new approach. This time, it is no longer a question of convincing its current customers to spend a little more. No, it is now about convincing pirate users that they are "doing it wrong". In the past, publishers regularly used the fear of the police to counteract piracy. Instead of the bludgeon, the American publisher is using the carrot this time.

Spotted by Ghacks.net, a message is indeed displayed in the upper part of the office suite, when you use a pirate version. The message in question tries to lure users by boasting a 50% discount on the price of the software and adds a link " to find out more ". The link in question confirms the 50% discount offered for any subscription to Office 365 and takes the opportunity to remind users of the dangers of using a pirated version of its office suite: the presence of viruses and other malware, corrupted files, possible data loss and the inability to receive critical updates.

It's hard to know whether such an operation is more likely to work than the methods previously used by the publishers. However, as Microsoft's top managers probably think, it doesn't cost much to try!