This is an unusual and surprising launch from NVIDIA, to say the least. It seems that the card is not intended to be known by the usual buyers.

In September 2020, NVIDIA launched its new generation of graphics cards based on Ampere architecture, the famous GeForce RTX 3000 series. More or less at the same time, a serious component shortage first affected these new generation cards before making any other model - even the lowest-end ones - absolutely unobtainable except for watching the arrivals with eyes glued to the screen and Discord, mobile or Twitter alerts activated. The release a few weeks later of AMD's new range - the Radeon RX 6000 series - didn't change anything to the problem and the multiplication of models, variants and variations from one or the other of the graphics card giants had no effect.

In order to divert a part of the users - the cryptomineers - from the traditional graphics cards, NVIDIA even had the idea of marketing cards dedicated to mining - the CMP - without them meeting a large success. A few weeks ago, the American decided to re-launch the production of old generation graphics processors, Turing, in order to equip real-fake new graphics cards: GeForce RTX 2060 with, to distinguish themselves from the old models, 12 GB of video memory.

First of all, we were surprised by the relative silence of NVIDIA about these cards: no marketing campaign to promote them, no event to confirm the launch. Sure, it's clearly not a technological showcase of NVIDIA's capabilities, but still. The American company had confirmed only a few days ago that it was out of the question for it to distribute Founders Edition of this card, these versions that it produces itself and distributes through its official site. No, for the RTX 2060 12GB, it would rely exclusively on its partners.

The launch of the card took place yesterday... in the greatest silence. There were a few cards available at some retailers and the main manufacturers - Gigabyte, MSI or Zotac - had their models, but stocks were very low and the prices seemed to be very high considering the video game performance of a modest model. The answer to this strange launch may lie elsewhere, in the very purpose of this RTX 2060 12GB. Relayed by Videocardz, PCMARKET was able to get its hands on a model and it highlights the potential in the card for cryptomining. 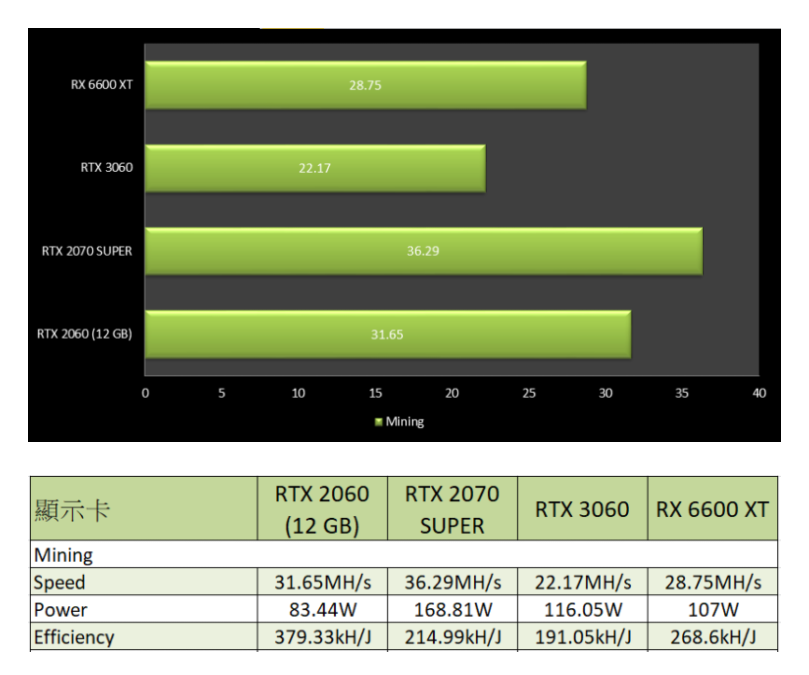 While continuing to block the hash rate of its most recent graphics cards, NVIDIA would not have simply relaunched the RTX 2060 in a 12GB version more conducive to mining to satisfy this particular audience and, perhaps relax a little the pressure on the Ampere models? One thing seems certain: the first RTX 2060 12GB models have essentially gone to mining farms.