Lonestar 6: a Texas supercomputer based on AMD and NVIDIA chips The two brothers in the graphics card business are teaming up to design a supercomputer under the leadership of Dell Technologies.

In a joint press release from AMD and the University of Texas, we learn that the TACC - or Texas Advanced Computing Center - has received Lonestar 6, a supercomputer that is the logical replacement for Lonestar 5. The new system is expected to be fully operational during the fall and follows an estimated $8.4 million in funding to support the university's infrastructure.

Planned to develop a computing power of about 3 petaFLOPS (1015 FLOPS), it is not intended to upset the TOP500 hierarchy, the ranking of the 500 most powerful supercomputers in the world. In its press release, AMD states that this " new supercomputer will allow researchers across the state to study topics such as diseases, extreme temperatures, dark energy and much more," emphasizing that it " is the result of the AMD COVID-19 HPC Fund, which provided, as it did to more than 20 other recipients around the world, access to petaflop-scale computing power to study the COVID-19 pandemic and other diseases. 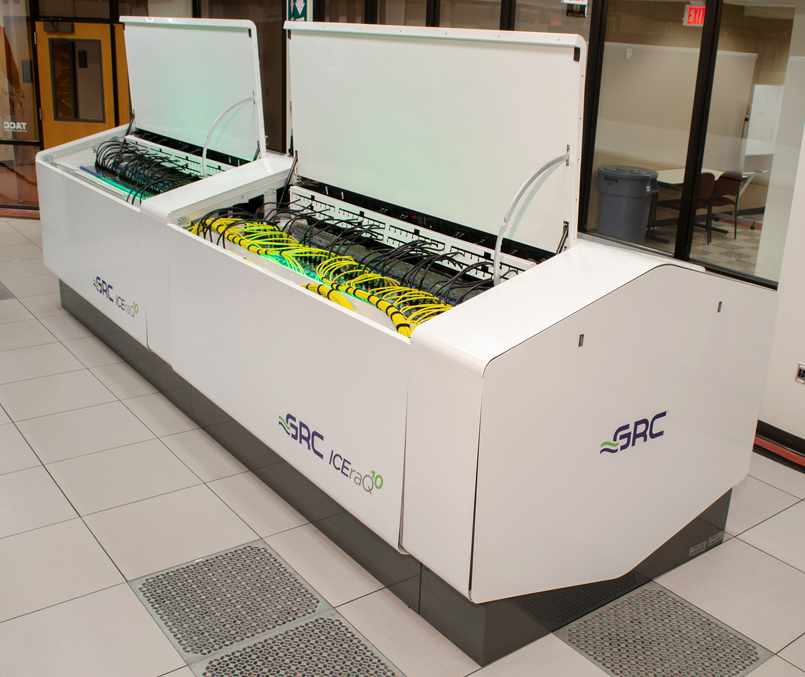 Lonestar 6 illustrates, as we explained earlier, " the partnership between AMD and the University of Texas." More interestingly, while Lonestar 5 was a Cray XC40 system, Lonestar 6 is based on an AMD / NVIDIA architecture. It actually consists of 560 compute nodes and 16 GPU nodes. The compute nodes have two AMD EPYC 7763 processors with 64 Milan cores and 256 GB of DDR4, while the GPU nodes are based on two AMD EPYC processors and two NVIDIA A100 GPUs, the latter being equipped with 40 GB of HBM2 memory.

Adversaries in the field of GPU, AMD and NVIDIA also develop products that can be complementary as proven by Lonestar 6. It is not the first time that AMD and NVIDIA solutions are brought to work together. Last August, the Polaris supercomputer made the news by combining 560 second and third generation AMD EPYC processors (Rome and Milan) and 2240 NVIDIA A100 GPUs. At the time, the computer was much more powerful than Lonestar 6, with a peak performance estimated at 44 petaFLOPS.