With the Core i9-12900HK, Intel would have the most powerful mobile processor Intel is preparing to make its "revolution" with the release of a new range of processors inaugurating a hybrid architecture previously used mainly on the SoC of our smartphones.

After months (years?) of rumors and rumors of all kinds, Intel decided to make the Alder Lake range official in August 2020 during its Intel Architecture Day 2020, in distanciel Covid-19 pandemic. The event had thus allowed to lift the veil on new processors supposed to allow Intel to return in the race that opposes it to AMD. AMD's Ryzen have clearly dominated the debates for the last two or three years and Intel did not have many arguments to put forward.

Thanks to its hybrid architecture combining high-performance cores (the Golden Cove) and low-cost cores (the Gracemont), Intel seems to be able to take back its crown, which we will be able to verify in two or three weeks with the launch of the first Alder Lake, "high-end" desktop models. Intel doesn't seem to be launching very many references at the beginning of November and we will have to wait until the beginning of 2022 to discover the first Alder Lake for laptops. These mobile CPUs are known as Alder Lake-P and they too should sign Intel's return to the forefront. 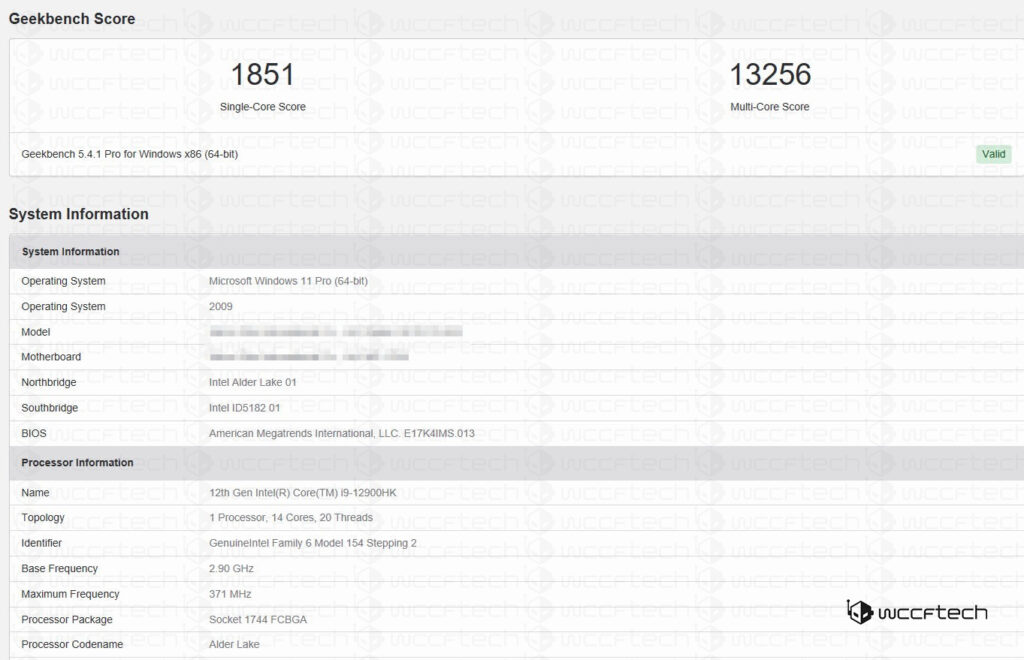 The WCCFTech site was the first to get its hands on precise information about the spearhead of these Alder Lake-P, the Core i9-12900HK. It will have 6 high-performance cores and 8 energy-saving cores for a total of 14 cores / 20 threads. We don't know much more yet, except that the so-called "base" operating frequency would be 2.9 GHz, presumably for the Gracemont cores alone. On the other hand, the information from WCCFTech gives an idea of the remarkable performance of the Core i9-12900HK.

WCCFTech rightly points out that this is only about CPU performance. The GeekBench test does not, for example, look at the power consumption of the various chips, a field that is otherwise more favorable to the Apple component, which undoubtedly offers the best energy efficiency. These results are nevertheless very encouraging for Intel, which should launch its Alder Lake-P range early next year, probably during CES 2022 in Las Vegas.