Intel Alder Lake: the low-power range of the 12th generation of Intel CPUs The next generation of Intel processors will have many different models, and will include so-called 35 Watt chips with very low power consumption.

After having disappointed with a Rocket Lake generation that was finally much too close to the previous one, we can say that Intel is playing big with the release of Alder Lake, its 12th generation of processors. The American company is fully aware of this and has communicated extensively about the expected improvements. However, it has mainly focused on a very specific segment of its future range, the so-called desktop processors and more particularly the models intended for the most enthusiastic gamers, the so-called "K" and "KF" models.

These processors are in a way the technological showcase of Alder Lake and should be the first ones to be put on the market, since Intel is planning a multi-stage release in order to preserve its production lines. However, in the end, these two "K" and "KF" series will not be the only ones on the market and Intel will probably sell more processors in other segments of its range. Our colleagues at WCCFTech have obtained some interesting information about what could be one of the most prominent segments, the "T" series, with its much lower power consumption. 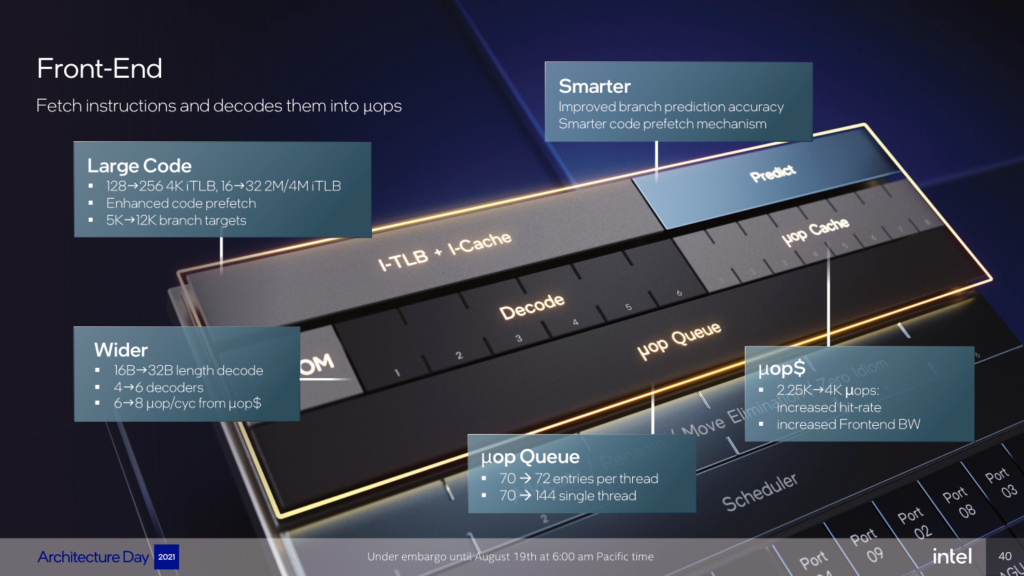 According to our colleagues, the launch of this range should take place in early 2022 and there is already talk of distributing seven variants on this range with all declinations from Core i3 to Core i9 through the inevitable i5 and i7. Here are the details of the said range:

For the uninitiated, this listing may not be obvious to read. Let's take the Core i9-12900T as an example. It has 16 cores, divided into 8 "high performance" cores (Golden Cove) and 8 "low power" cores (Gracemont), since Alder Lake is characterized by its bigLITTLE architecture, which mixes cores of different power/consumption, as can be seen in ARM solutions for smartphones in particular. The idea is of course to have low power cores for essential tasks and others, more powerful, for the big computing needs.

Of course, in the case of a range such as the "T" models whose TDP is set at 35 Watts, the energy issue is paramount. However, we are quite surprised to see that, according to our colleagues, all i3 and i5 of the range would be without Gracemont cores. We will obviously have to check this when the processors are actually available and analyze the impact on the consumption and performance of these chips.