AMD would also turn to "graphic" cards dedicated to cryptomining Until now, only NVIDIA had marketed cards without video outputs in order to reserve them for cryptocurrency mining.

The Covid-19 pandemic has shaken our economy, but the graphics card industry has been one of the hardest hit, for the simple reason that the disease is not the only cause. In fact, at the same time as the virus was spreading, NVIDIA and AMD released their best graphics cards in years. The previous generation didn't necessarily delight the crowds and the result was a huge demand from gamers. To make things even more difficult, the price of crypto-currencies had reached record highs, pushing many enthusiasts to equip themselves with graphics cards for the sole purpose of "mining". 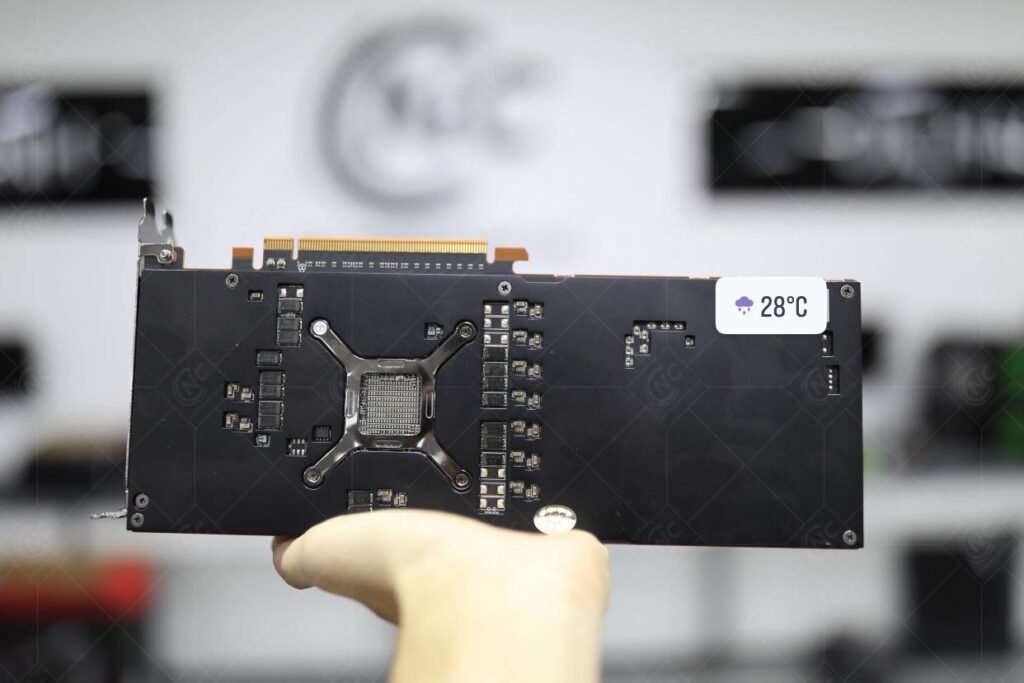 Disrupted production, a struggling supply chain and a demand that reached new heights: it didn't take much for NVIDIA GeForce RTX 3000 series on the one hand and AMD Radeon RX 6000 series on the other to find themselves in permanent shortage. NVIDIA then had the idea to produce cards dedicated to cryptomining in order to lower (a little) the pressure on the market of cards for gamers: the cards in question are devoid of video outputs and can only be used for mining. According to some specialists, this was not necessarily a great success.

AMD, which had several times refuted the idea of following in the footsteps of its competitor, could however have changed its mind. Indeed, WCCFTech relays an information straight from Vietnam: several sources would have spotted AMD cards without video outputs and, therefore, entirely turned to the mining of cryptocurrencies. The cards in question have nothing official yet of course, but the photos seem perfectly valid and WCCFTech believes that the layout of the capacitors and the couple of 8-pin power ports, the card thus presented would be based on Navi 21. Simple test product that would have been found a little "by chance" in Vietnam or real reorientation for AMD?