... but the Japanese company recognizes that this will probably not be enough to prevent shortages from persisting.

The launch of the ninth generation consoles is an obvious commercial success. Microsoft is doing very well with its Xbox Series, of which there are two models - the X, the most powerful, and the S, which is more modest and compact - but Sony seems to be the winner for the time being, with more than ten million machines already distributed, according to figures published last month by the Tokyo-based firm. From a strict accounting point of view, it's a success for both of them, but from a more logistical point of view, things are more contrasted. Anyone who has tried to buy an Xbox Series X|S or a PlayStation 5 will tell you: it's a struggle.

The widespread shortage of computer components affects all sectors of the economy, but gaming seems to be the most affected, and whether it's graphics cards on PCs or the latest consoles, you have to be patient to get the part you want. Sony is aware of a problem that, if it hadn't existed, would have probably allowed it to break records for the earliness of the PlayStation 5. Relayed by MSPowerUser, Hiroki Totoki wanted to be reassuring, however, and at the time of presenting Sony's financial results, he specified that he had " obtained the number of parts necessary to meet production and sales targets for this fiscal year. We are not worried about the supply of semiconductors ". 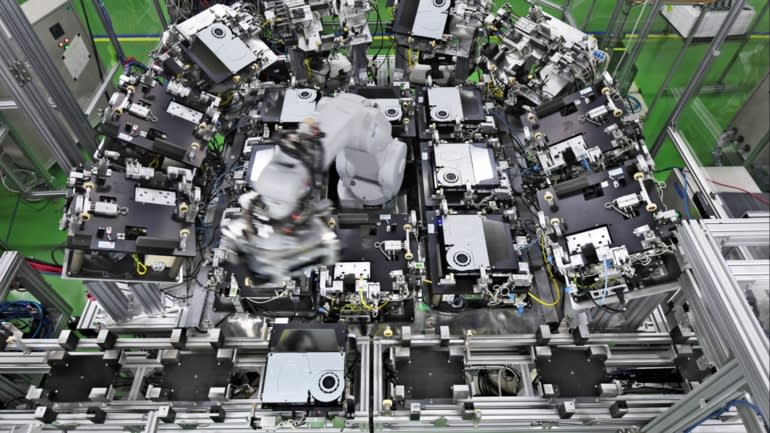 This statement confirms that Sony is on track to meet its target of 22 million consoles distributed by the end of its next fiscal year, at the end of March 2022. Since it has already sold more than 10 million consoles, this means that Sony has secured enough to manufacture 12 million more. Problem is, Hiroki Totoki himself has also pointed out that despite this good production of the console, Sony will not be able to satisfy the demand: he was referring more precisely to the situation at the time of the next end-of-year holidays, a good time to buy a new video game console.

However, this "availability" of parts to make the PlayStation 5 has yet to be confirmed. There have been many cancellations in the last few weeks on contracts that have been validated by all parties. However, many specialists believe that AMD - which designed the SoC at the heart of the PlayStation 5 and the Xbox X|S - has every interest in favoring chips for consoles to the detriment of GPUs for PC graphics cards, and it seems that the latter are a little more available than they were three months ago. If the situation remains tense, perhaps we are getting closer to a certain "normalization"?