The first of a long, long series of machines that continues to this day.

On August 12, 1981, IBM marketed, without really believing in it, a so-called "personal" machine. It must be said that the American firm, founded in 1943, only had in mind the imposing solutions dedicated to the company and had not at all foreseen the turn towards personal computing in which much smaller companies - Apple or Commodore in particular - were then engulfed. Almost forced to respond to machines such as Commodore's PET or the Apple II, the company that was still called "Big Blue" did the minimum required for this IBM 5150.

Proof that IBM didn't really seem to believe in the chances of success of its machine, it equipped it with an Intel processor, the famous 8088, and not with a RISC processor that it was developing in-house. He also went to the economy for the operating system trusting Microsoft and its PC-DOS 1.0. To return to more technical considerations, it is amusing to mention the operating frequency of the 8088, 4.77 MHz, or the 16 KB of RAM that came as standard with a machine that had no hard disk: such a device would not arrive until a few years later. 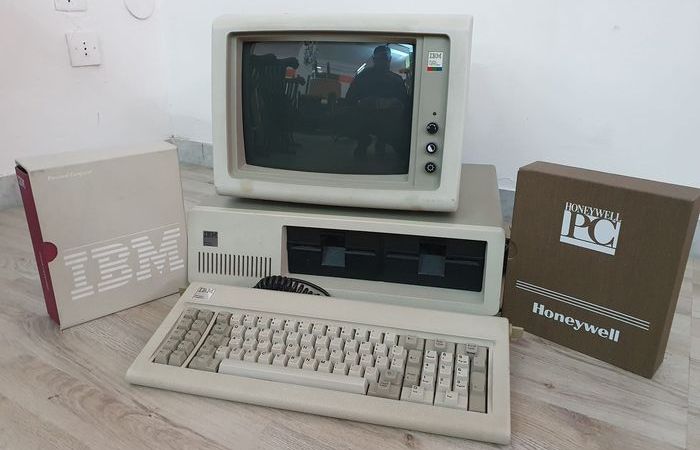 Despite its "limited" components, high pricing and an obvious lack of enthusiasm on the part of IBM, the machine gradually gained acceptance, mainly due to the fact that IBM was already present in all companies: the movement towards an IBM-branded personal computer was the most "logical" thing to happen. A movement that was also based on other advantages of the machine: IBM PCs had the advantage of being more open than many competitors. The RAM could be extended to 64 KB or even 256 KB and there were four expansion ports called ISA - for Industry Standard Architecture - to expand the computer's functionality.

We all know what happened next, and if during the 1980s, the IBM PCs had difficulty penetrating homes - especially in Europe - the takeover in companies was very rapid. IBM also benefited greatly from the success of the IBM 5150, which only retired in 1987. This heavyweight - weighing more than 20 kg - succeeded in imposing a standard that is still in use today, and today's PCs often still have an x86 processor at their heart and an operating system signed by Microsoft.