AMD confirms its predictions: Zen 4 CPUs and RDNA 3 GPUs will be released in 2022 The success of the Ryzen Zen 3 CPUs on the one hand and the RDNA 2 GPUs on the other should not be without consequences for AMD.

The Covid-19 pandemic has turned the semiconductor industry upside down, with demand soaring, but supply chains disrupted by the need to change working conditions. In fact, shortages affect almost all components, but this does not prevent the main companies in the sector from recording insolent growth, quite the contrary. This is particularly true for AMD, which, in parallel with this exceptional situation, has released two of its best products in many years, the Ryzen Zen 3 CPUs and the RDNA 2 GPUs. 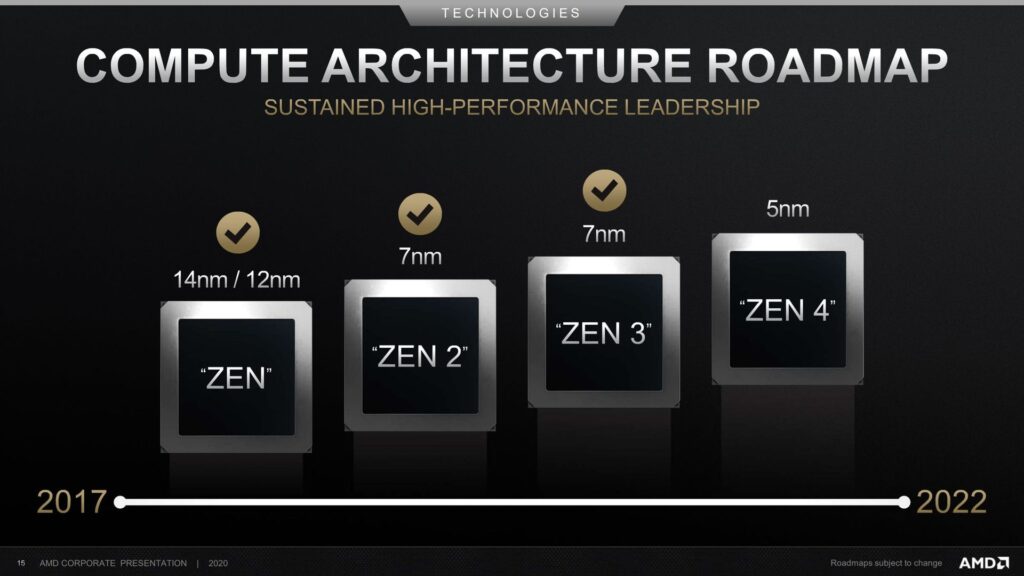 Logically, this double success should call for others since the American firm has a particularly busy roadmap that Lisa Su, CEO of AMD, confirmed during a conference call organized in parallel with the publication of its latest financial results. The president even specified that it would not be one, but two families of processors that AMD is preparing to market during the year 2022. First, there will be an evolution of the current CPUs, the famous Ryzen Zen 3, with the integration of a new cache management technique, the V-Cache. On the other hand, AMD is obviously looking to the future with the release of its new generation of CPUs, the famous Ryzen Zen 4, currently known under the code name Raphael. Lisa Su confirmed that these Zen 4 processors will be engraved using the 5 nm process of TSMC and should offer a 25% increase in the number of instructions per cycle. 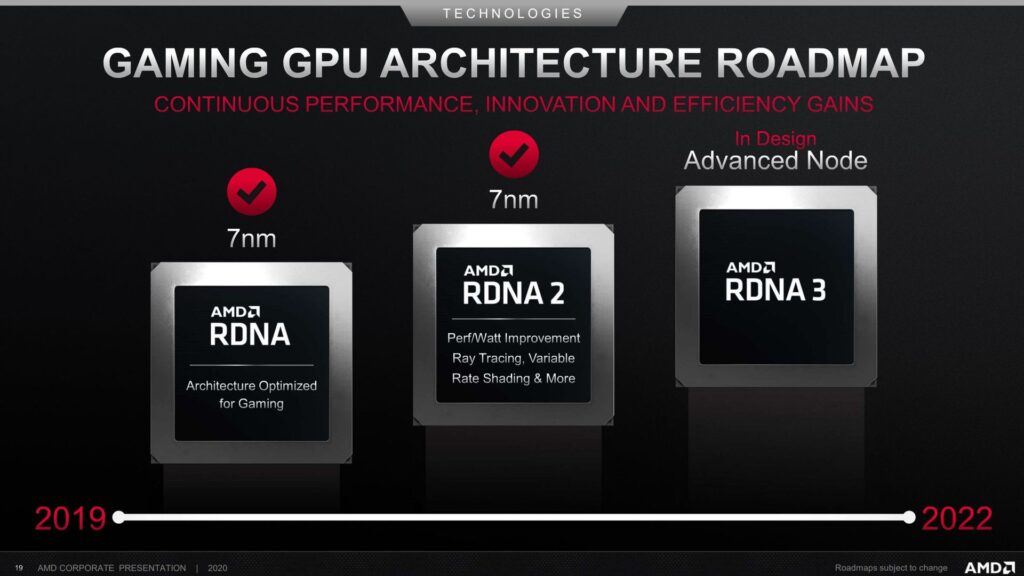 Of course, the world of graphics cards is not left behind and if RDNA 2 is perhaps less dominant than Ryzen CPUs, the GPUs signed AMD have clearly progressed in recent years. AMD is looking to capitalize on this progress with the release of the RDNA 3 generation sometime in 2022. Here too, the 5nm process of the partner TSMC is to be used. The Radeon RX 7000 should still be distinguished by this MCM architecture, or Multi Chip Module, which will be offered for the first time on consumer products.