Windows 11: Win32 applications cannot be updated via the Store The development of the new Windows Store for Windows 11 will welcome Win32 applications... but not their updates.

A few days after the official release of Windows 11, Microsoft revealed information about the redesign of the Windows Store. We have learned that the publisher intends to open things up and not limit itself to UWP(Universal Windows Platform). Thus, Win32 applications are back in the sanctity of Microsoft, which will take advantage of Windows UI Library 3 - WinUI3 for those who know it best - to give them a facelift. 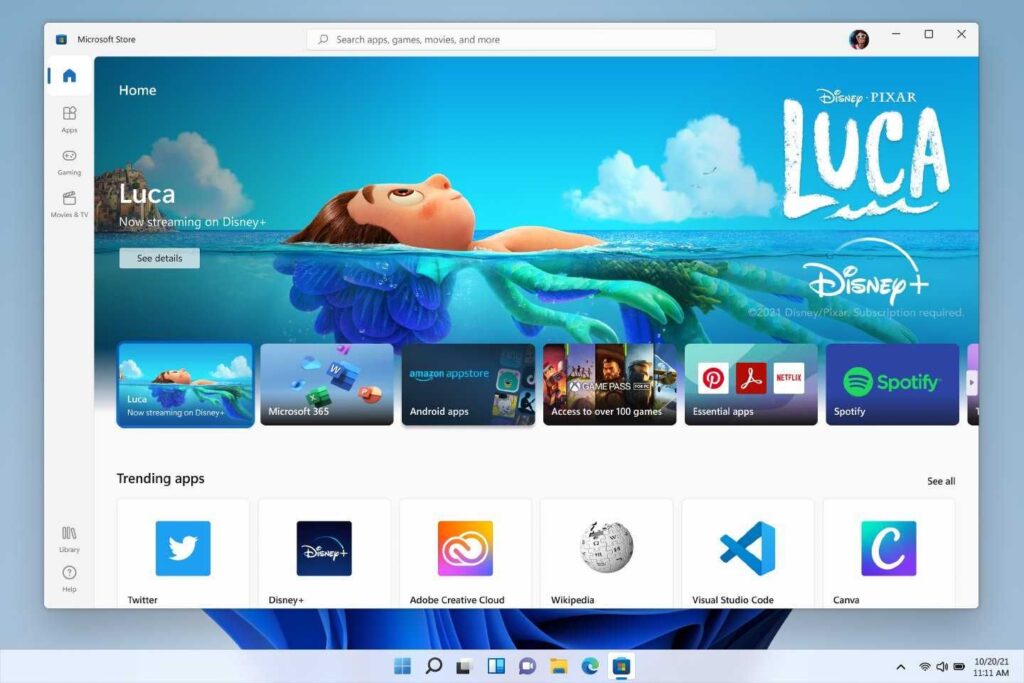 As for the Windows Store, Microsoft confirmed shortly after its first announcements that it will allow in-app updates. The idea is to give a little more freedom to developers, who should not be short of it when this new operating system arrives. On the other hand, as Tom's Hardware points out, there will be no question of allowing updates to Win32 applications directly from the Windows Store. In a message to developers, Microsoft leaves little doubt that " end users will not be able to receive updates from the Store " before explaining that " applications can be updated by you through your application installed on a Windows machine, after downloading from the Store.