After raising the price of bitcoin in February 2021 and then dropping it during mid-May, Elon Musk is now addressing the environmental issue raised by cryptocurrency mining. Because of its very high energy demand and the computing requirement it requires, mining seems to have quite a large impact on the environment. So on May 24, the President of Tesla attended a meeting with American miners to discuss different, more environmentally friendly possibilities.

How to mine with a computer?
Today, it is possible to "mine" any cryptocurrency with a computer. Whether it's bitcoin, ethereum, dogecoin or even EOS cryptocurrency, everything is possible, provided of course that you have the necessary hardware and energy. Indeed, mining consists roughly in providing a network to a cryptocurrency in exchange for a financial reward. Also, to perform this action, the miner has to check the validity of a set of transactions, called "block" in order to add it to the top of the blockchain. When this is the case, the miner is rewarded for providing the computing power necessary for the network to function.

In order to mine from home, you need excellent hardware. Gamer computers are often much more efficient, but in any case, mining requires an astronomical amount of electricity and therefore energy. That's why this practice, very bad for the environment, is more and more contested, including by Elon Musk, famous boss of Tesla, who shows however a lot of interest for cryptocurrencies.. 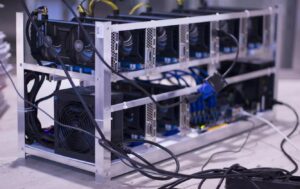 A more consequent energy consumption than some countries

If the mining of crypto-currencies is the subject of more and more criticism, it is mainly because it is very energy intensive. Using mountains of computers running at full speed for days and nights, this practice is a source of pollution and worries many environmentalists, but not only. According to various studies, including those conducted by the prestigious University of Cambridge, bitcoin mining consumes 126.36 terawatt hours (Twh), which is much more than Argentina, the Netherlands and the United Arab Emirates. Michel Rauchs, a researcher at the Cambridge Centre, pointed out that " the energy used by Bitcoin could power all the kettles used in the UK for 27 years!" A situation more than alarming that Elon Musk obviously wants to remedy.

Elon Musk to the rescue

It was during the month of May 2021 that Elon Musk expressed his concerns about theenvironmental impact of bitcoin, causing its price and that of other cryptocurrencies to fall greatly. Since then, the businessman has spoken out several times and even announced that he has met with several miners to try to find more environmentally friendly solutions. Thus, he would have discussed, among other things, the creation of an organization that would establish reporting standards and ESG (Environmental Social Governance) objectives regarding the practice of mining. For the time being, nothing seems to be officially established and we will surely have to wait a few years before seeing any real evolution.