For the first time on a desktop consumer processor, AMD would in turn move the pins - formerly on the CPU - to the motherboard, for more security / reliability.

Relayed by TechPowerUp, the following information has not yet been confirmed by the main interested party, AMD itself. However, our colleagues seem to be sure of their facts, citing a " trusted source ". So we have no reason to doubt their word. The source in question is ExecutableFix, a Twitter regular accustomed to leaks and he gives us some details about the new CPU socket soon to be used by AMD. Indeed, introduced in March 2017 and after being the receptacle of the Ryzen 1000, 2000, 3000, 4000 and 5000 series, the AM4 is coming to the end of its life. 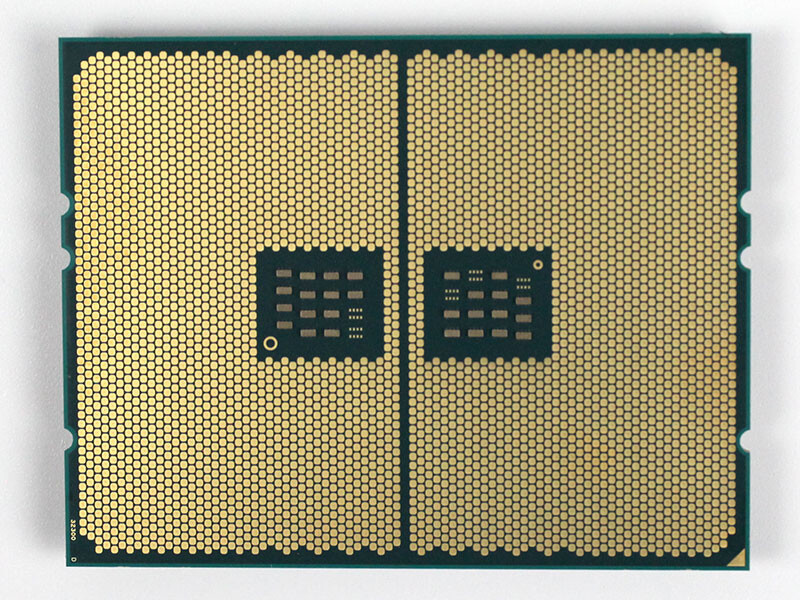 If ExecutableFix is to be believed, the new AM5 socket will be distinguished by the number of pins: we would go from 1,331 pins for the AM4 to 1,718 pins on the AM5, compared to the 1,200 and 1,700 pins of Intel's LGA 1200 (Comet Lake-S / Rocket Lake-S) and LGA 1700 (future Alder Lake-S). More importantly, the AM5 looks set to be AMD's first consumer socket on the desktop market to move pins to the motherboard. A move that Intel has already made for several generations: instead of being on the processor, the pins are nestled in the heart of the socket where they are still a little more protected. In the jargon, we speak of land grid array (LGA) while the AM4 still used pin grid array (PGA). Note however that AMD has already used the LGA on some of its processors like the Quad FX, a CPU from 2006.

This change of socket will also be, of course, the occasion of a generational change for AMD which should take advantage of it to introduce a new type of memory that we have been talking about for several months already: the DDR5. The AM5 processors should come with a dual-channel DDR5 interface... A turning point in the microcomputer industry as Intel will also turn to DDR5 with its next generation of CPUs, the Alder Lake-S. On the other hand, while there is talk of a possible switch to PCI Express 5.0 for Intel, AMD seems to have to make do with PCIe 4.0 for its first processors on socket AM5.