It is based on proof of space rather than proof of work, but in the end it doesn't seem to be any greener than other cryptocurrencies.

Like Bitcoin, cryptocurrencies have been on a roll for several years now. In 2021, the prices of most cryptos have even broken records with - at the time of writing - an increase of more than 1,800% over one year for Ethereum, one of the most popular. Some of them like Bitcoin are becoming very difficult to mine. Even in the case of Ethereum, an impressive amount of computing power must be gathered for the operation to be effective. The problem is that such sheer power affects the reputation of cryptos, which are accused of being extremely power-hungry, for example.

The problem is directly related to the way these cryptos like Bitcoin or Ethereum work, which are based - at least for the moment - on proof of work. In other words, the blockchain needs to be provided with impressive computing farms that obviously consume electricity. To remedy this, some people have come up with other methods of operation and in particular the proof of space has arrived: this time it is a question of basing the blockchain - the instrument at the center of each crypto - on large quantities of storage space this time. This is particularly the case with the recently launched CHIA, which is causing other problems to arise, however.

The crypto has just been listed on the exchanges and is already attracting a lot of attention, which is reflected in the exploding demand for high-capacity hard drives and the most durable SSDs. In China in particular, some specialized resellers have reported shortages of several products and speak of a sharp increase in prices, so shortages are to be feared. Of course, the risk of not finding products in stock is already a problem, but the CHIA raises other questions... which seriously undermine the green side that some people wanted to give it. 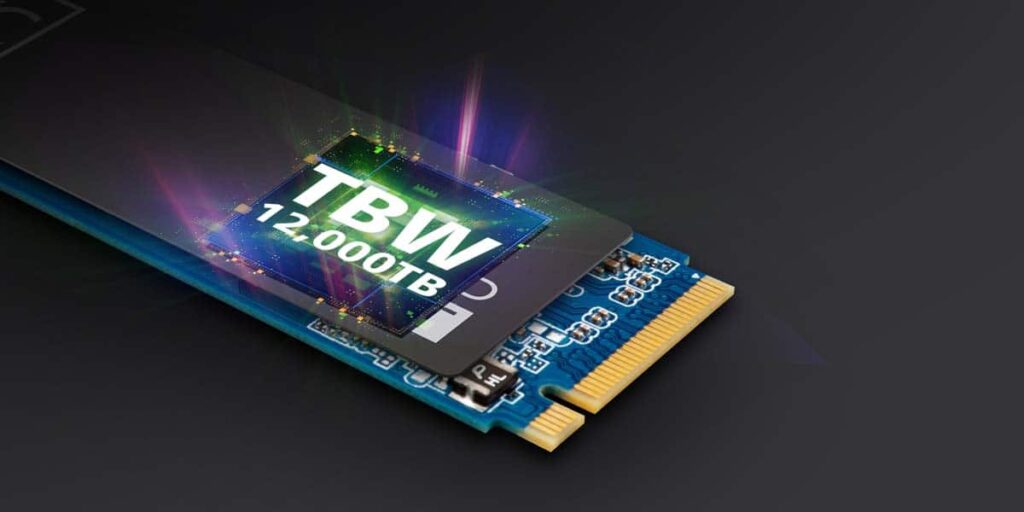 Indeed, according to TechPowerUp, which cites the Chinese Jiahe Jinwei, the farms dedicated to the mining of the CHIA crypto exhaust the SSDs at high speed: a unit with a storage capacity of 256 GB would hardly last more than 40 days in "normal" use because of the incessant writes / rewrites related to mining. The thing doubles and quadruples logically when we turn to SSDs of 512 GB or 1 TB. As a result, the renewal of units used in farms would be much more important than for the farms of graphics cards dedicated to Ethereum... the waste of resources too. However, manufacturers have taken steps and the TeamGroup brand has, for example, emphasized the upcoming release of the T-Create Expert, an SSD that is distinguished by its exceptional endurance: 12,000 TB in writing.