Towards an "economic" mode in the task manager of Windows 10 An essential Windows tool for many, many years now, the task manager has taken advantage of Windows 10 to get a makeover and integrate even more features.

By pressing the famous - but not only - key combination CTRL + ALT + DELETE, it is possible to access the task manager. From there, you can learn a lot more about the operation and status of your PC in Windows 10. For a long time, this has been one of the preferred methods to, for example, access the services running on the system. The tool also has multiple functions to monitor the processor occupancy, the state of the RAM or the network activity of its machine. 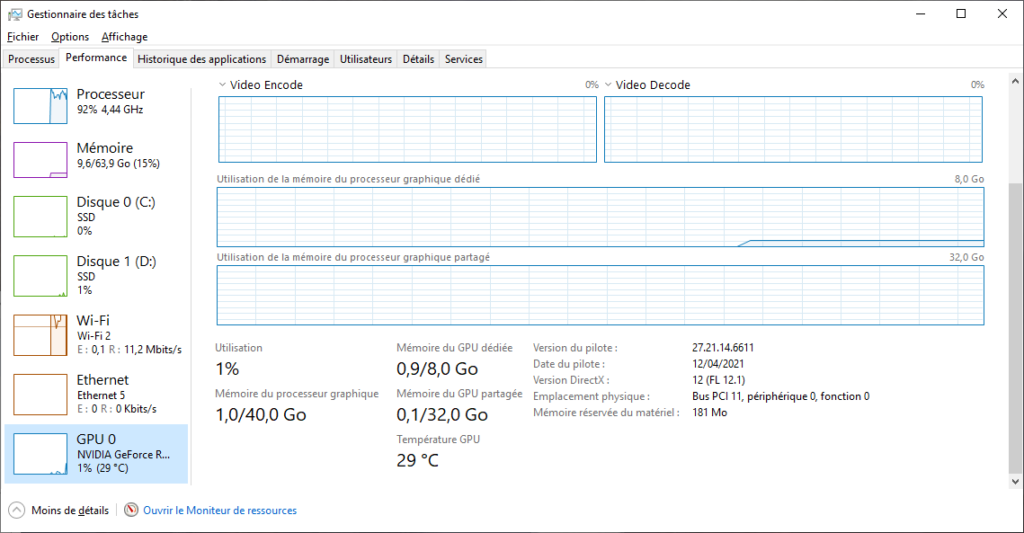 A few months ago - through the May 2020 update - Microsoft added features related to the graphics card, previously the poor relation of this tool. Thus, we can now obtain information about the use of 3D functions or the video decoding engine of the card. Of course, we can also monitor the state of the video memory and Microsoft has even added a small option to get feedback on the temperature of the graphics processor. The next major update of Windows 10 will further enrich this task manager.

Indeed, with the already famous Sun Valley - the fall 2021 update - Microsoft has decided to introduce what is currently known as "economic mode". In English in the text, this eco mode is accessible via a contextual menu that can be activated for any running process. The idea is obviously to "slow down" the process in question when it is considered too greedy at the moment. This may be necessary if a task is not working properly and is taking up too much system resources, but for some reason you can't/won't stop it. 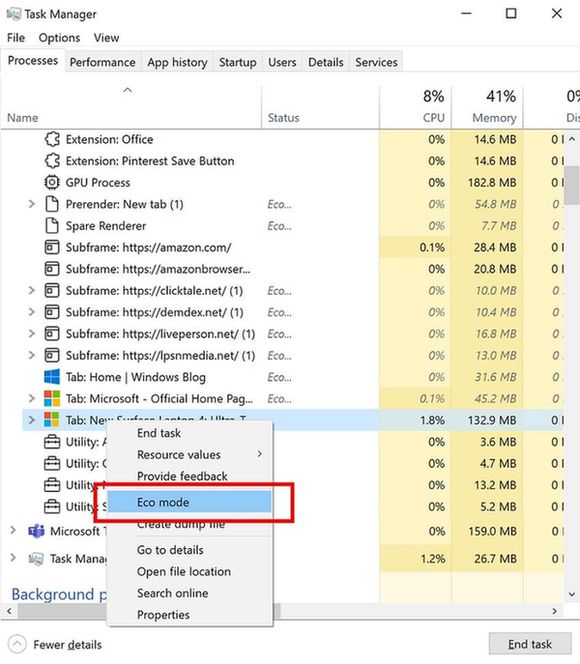 As Mayank Parmar explains for Windows Latest, activating the "economy mode" reduces the priority of the application in question and, in doing so, drastically reduces its CPU/memory usage. Finally, the task manager will also allow a more detailed reading of the Microsoft Edge process. Here, the objective is to break down the needs of the Microsoft Web browser so that users see more directly its needs according to the tabs, extensions used.