Windows 10: towards a separation of the taskbar and the file explorer An incongruity that leads to a cascade of inconveniences if the explorer.exe file crashes.

Since the world is world - or almost - Microsoft and its flagship operating system are criticized from all sides. Windows 95 has been criticized for its heaviness and its incomplete separation from MS-DOS while Windows 98 has been criticized for its imperfect integration of USB management. We won't even mention the subject of Windows Millenium, but rather point to a clear improvement in relations with its users since the release of Windows 7 and, not so long ago, of Windows 10. However, there are choices that can have serious consequences. 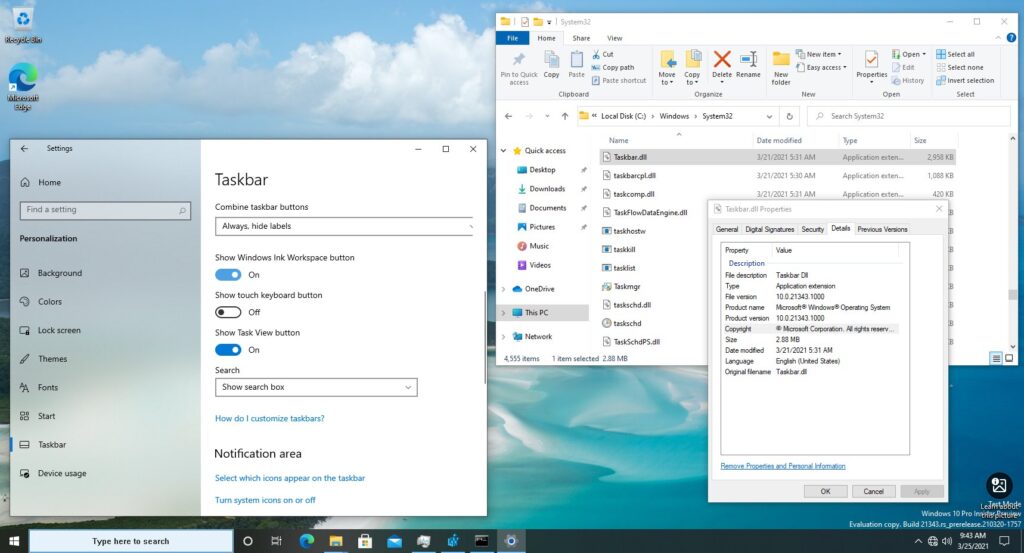 Thus, despite the evolutions and versions, the taskbar, the user workspace (the desktop in short) and the file explorer are intimately linked. In fact, the first two are completely dependent on the third and when the latter starts to fail, they pay the price. Thus, a crash of the "explorer.exe" file - the basis of Windows 10 Explorer - can have unfortunate consequences with image refreshment problems, for example, or the pure and simple absence of any response from the taskbar.

To partially remedy this situation - ubiquitous in 2021 - Microsoft is considering "step-by-step" changes. For Windows Latest, Mayank Parmar explains that in the latest preview builds of Windows 10, there is now a "taskbar.dll" file, in addition to the famous "explorer.exe". If we are on the way to a dissociation of the explorer and the taskbar, the journalist specifies that we can not yet talk about complete decoupling: on the latest preview builds, there are no separate processes for these two elements. The interest is therefore currently limited to reducing the influence of the explorer on the behavior of the taskbar and simplify its "recovery" in case of problems. However, we can bet that this is only a first step.