AMD neck and neck with Intel in the desktop CPU market The qualities and success of the recent Ryzen 5000 series should allow AMD to take the lead very soon.

PassMark is a company specialized in benchmarks, these performance measurement tools used by journalists, but also by computer hardware enthusiasts. Thanks to its software, it has a large database on the details of the configurations owned by users.

The company has taken advantage of this very beginning of 2021 to talk more specifically about the situation on the CPU market, outrageously dominated by the American Intel for many years. In an interesting article, PassMark details the competition that AMD has been offering to this CPU giant since the first quarter of 2004. 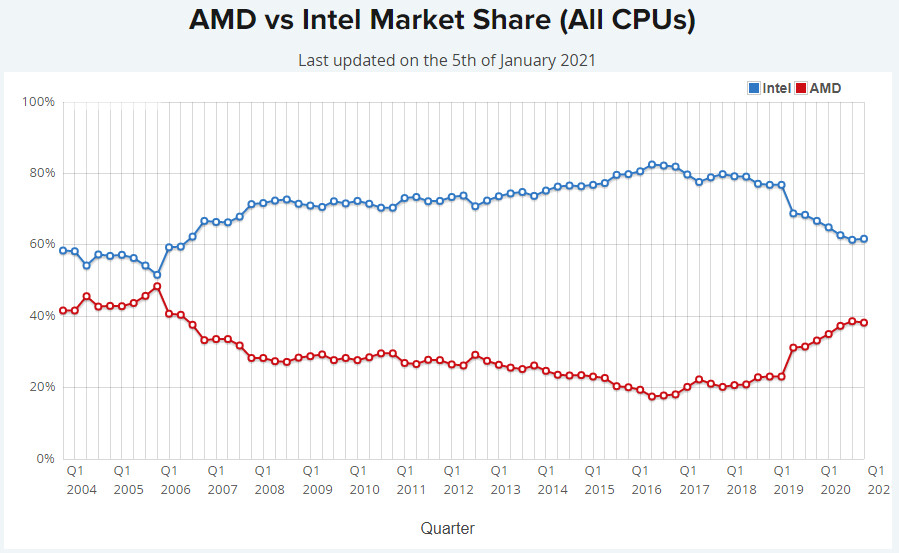 We can see for example that this domination of Intel has not always been and, between 2004 and 2006, we notice that the two companies were much more in competition before Intel took the upper hand. For example, AMD accounted for 48.4% of the total CPU market in Q1 2006... a proportion that drastically dropped to just 17.5% ten years later, in Q3 2016.

That's when AMD started to recover. It was helped in this by the arrival of its new generation of CPUs, the Ryzen. With the various versions, variations and grinds of Ryzen, AMD is even about to take the lead in the desktop segment: 50.2% of the market is for Intel when AMD arrogates 49.8%. An impressive turnaround! As we said in the preamble, the rise in power of the Ryzen 5000 series, which will arrive in the fall of 2020, should help to consolidate this rise in power. 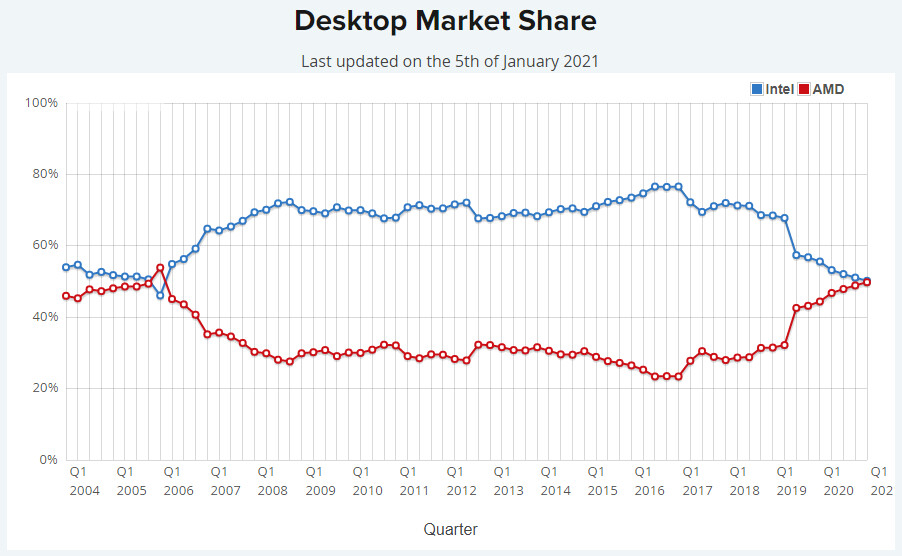 However, it is important to point out that AMD is much less at an advantage in the laptop segment where it only represents 17% of the market. This is even more true in the server segment where its market share is tiny (1.1%).