Unbundling several features of File Explorer is one of the tracks currently followed by the editor.

Since the very first versions of Windows, File Explorer and its executable explorer.exe are among the most important components of the system. Many other "bricks" actually depend directly on File Explorer. There was a time when Microsoft had even assembled, in a very "merged" way, File Explorer and its star Web browser, Internet Explorer. However, in the face of complaints from the main competitors, this did not last. The fact remains that the omnipresence ofexplorer.exe still poses serious problems today.

Indeed, this linking ofexplorer.exe to many other tasks or applications leads to the sharing of multiple resources and weakens the whole operating system. The crash of an application is not so rare in computing. The problem is that if it happens to explorer.exe, it can - like dominoes - bring other elements down with it. Even more annoying, it also works the other way around: a crash of the Taskbar alone can causeexplorer.exe to crash and make it very difficult to use the system, implying a reboot of the machine. 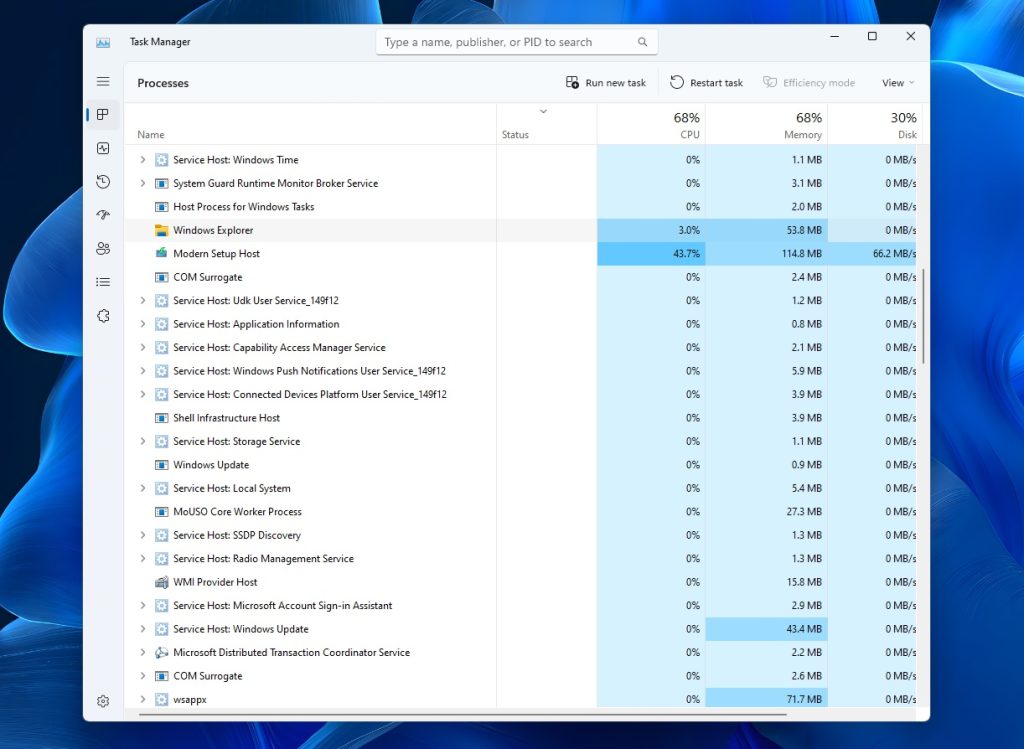 To remedy this, Microsoft has decided to disassociate many processes. The idea is that they are no longer linked to File Explorer. However, this is a huge task that cannot be done by snapping your fingers, but we can see the effects in the latest beta versions of the system. Thus, as Windows Latest explains, Windows 11 build 25252 allows the Immersive Shell to no longer work in conjunction with File Explorer. Introduced with Windows 8, the Immersive Shell is linked to the Windows experience on tablets in particular. Until now, it was associated with File Explorer via the shellappruntime.exe process. This is no longer the case with this build 25252.

Mayank Parmar, for Windows Latest, explains that this is just a first step, but it shows the direction Microsoft is taking in the structure of Windows 11 itself. This should lead to more stability, but also to greater flexibility, greater speed of the entire system and that we can only be pleased, even if it is not yet for immediately.