"Henri", a high-performance supercomputer, but above all efficient Because " without control, power is nothing ", at the risk of using a well-known advertising slogan.

If we refer to the Wikipedia definition, " a supercomputer is a computer designed to achieve the highest possible performance with the techniques known at the time of its conception, particularly with regard to computing speed ". In absolute terms, this definition is not completely wrong of course, but it leaves out an issue that is becoming increasingly important as criticism of the ecological footprint of these imposing machines becomes more virulent. So, alongside the TOP500, which lists the most powerful supercomputers, there has been a Green500 for some time now, which looks at the most efficient supercomputers.

The difference is interesting. In fact, many machines equipped with AMD solutions can be found in the TOP500. As Tom's Hardware explains, the American company's share of the TOP500 has increased by 38% in the space of a year. Thus, while this ranking is updated twice a year (June and November), we can now note that 101 supercomputers are designed from AMD solutions when they were only 73 in November 2021. AMD "owns" the most powerful supercomputer officially declared: it is the Frontier installed at the Oak Ridge National Laboratory (ORNL), in the United States. The beast deploys a power of 1 102 PetaFLOPS and remains at the top of the ranking for the second consecutive publication. It should be noted, however, that only declared machines appear in the TOP500. 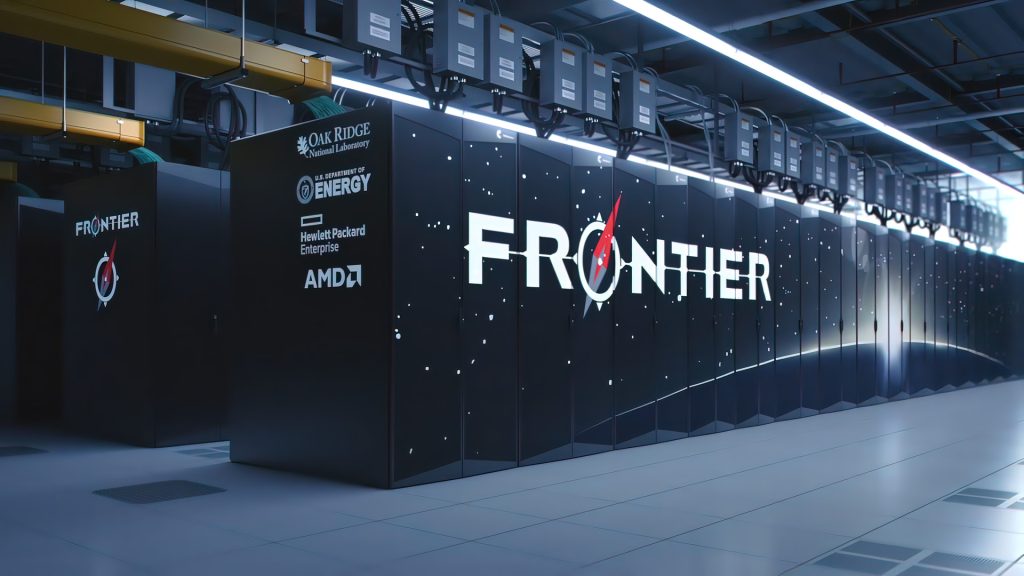 Frontier is a powerful machine, but it is not the most efficient. The Green500 places it "only" in second place, a very respectable position. The supercomputer is here overtaken by a "dwarf". Henri, as it is called, is only 405th in the TOP500, but its excellent energy management allows it to overtake Frontier on this criterion. It actually has an energy efficiency of 65.091 GFLOPS per Watt when Frontier is at 62.684 GFLOPS/W. The manufacturer of Henri - Lenovo - is not little proud of this result that he sees as a sign, a new trend for some supercomputers. Henri is designed around two different solutions: on the one hand, 185 Intel Xeon Platinum 8362 processors with 32 cores each, for a total of 5,920 cores, and on the other hand, 80 H100 cards from NVIDIA. Its raw power is therefore significantly more modest than that of a monster like Frontier with 2.04 PetaFLOPS.

On the other hand, as Ian Fisk, director of the Flatiron Institute where Henri is located, points out, this supercomputer " offers new opportunities for science. It is a remarkable machine that will allow our researchers to try new things, to make discoveries [...] Thanks to it, it becomes possible to do more science with intelligent technologies that consume less electricity and contribute to a sustainable future " before concluding by specifying: " It is the most important thing for us ".