A few weeks before the release of its first RDNA 3 graphics cards, AMD seems more confident than ever in the quality of its products.

On December 13, AMD plans to distribute its Radeon RX 7900XTX and RX 7900 XT, two cards inaugurating the new graphics architecture of the American, the RDNA 3. However, AMD is a bit behind NVIDIA, which launched its GeForce RTX 4090 - the first graphics card based on the Ada Lovelace architecture - on October 12, 2010, before releasing the GeForce RTX 4080 just a few days ago. The problem for NVIDIA is the large stock of previous generation GPUs (Ampere) that the various partners of the brand - and NVIDIA itself for that matter - want to sell off before moving on. In fact, even if the performance is impressive, many users complain about the particularly high prices that illustrate the general inflation that the computer world can experience: from the GeForce RTX 3080 to the GeForce RTX 4080, we are talking about an increase of more than 100% in the price of the graphics card! 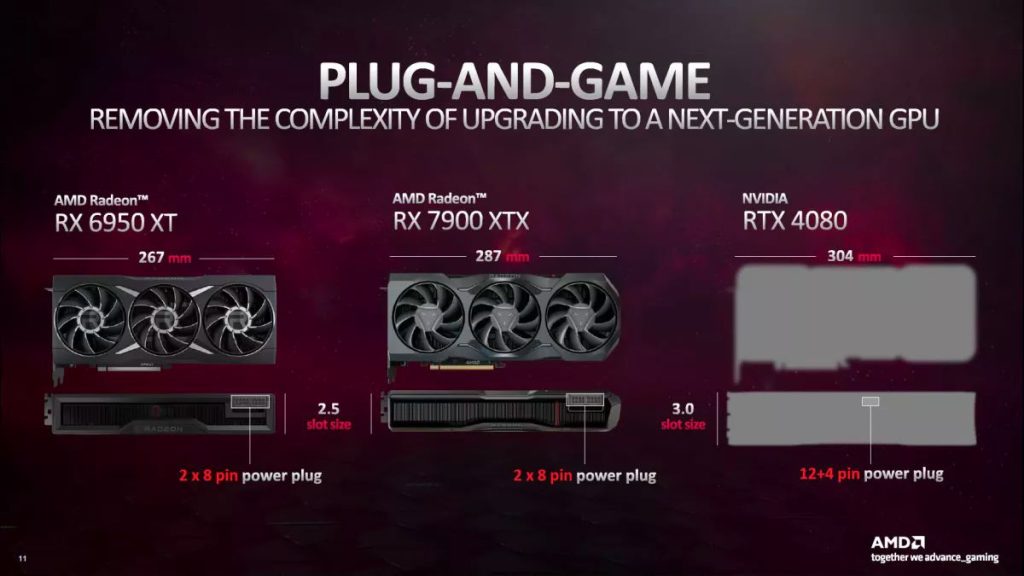 Users are also complaining about the size of the RTX 4080 and 4090 graphics cards: the Founders Edition - designed and sold directly by NVIDIA - are more than 30 centimeters long and take up a whopping three PCI Express slots in the PC. In fact, they can't fit into every PC and require a support system to prevent the weight of the card from damaging the PCI Express slot. These remarks are even more true in the case of cards designed by NVIDIA's partners: in most cases, they exceed 34 centimeters, while some models even exceed 35 centimeters. We're talking about four PCI Express slots monopolized by graphics cards that come close to 2.5 kilograms. To make matters worse, NVIDIA is having problems with the melting of its new power connector. 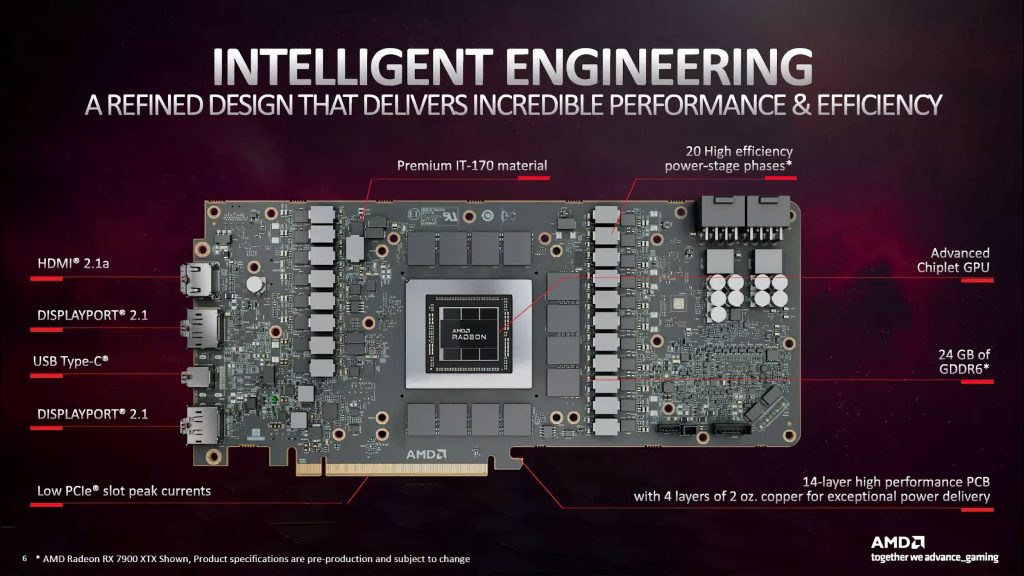 Well aware that there is something to do, AMD intends to capitalize on the "compactness" and "frugality" of its next graphics cards. As we said, these are due to arrive on December 13 and through some well-spoken provisions, AMD specifies how much smaller the two models are than the RTX 4080 Founders Edition. We are talking about 28.7 centimeters long "only" for an occupation of 2.5 PCI Express slots. In a nod to NVIDIA, AMD stresses that there is no question of introducing a new power connector, its cards will be content with the two classic 8-pin sockets found on all power supplies. Looking a little more into the functionality of the cards, AMD is happy to say that it is the only one to support DisplayPort 2.1 (compared to 1.4a at NVIDIA). The latter opens the way to very high image definition while maintaining an excellent refresh rate: we are talking about 8K @ 165 Hz and 4K @ 480 Hz. 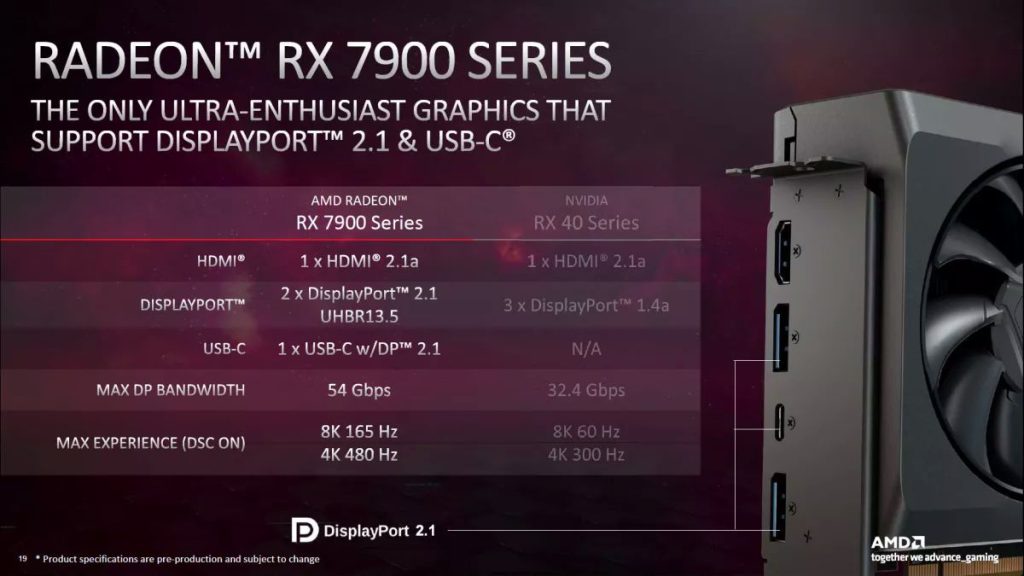 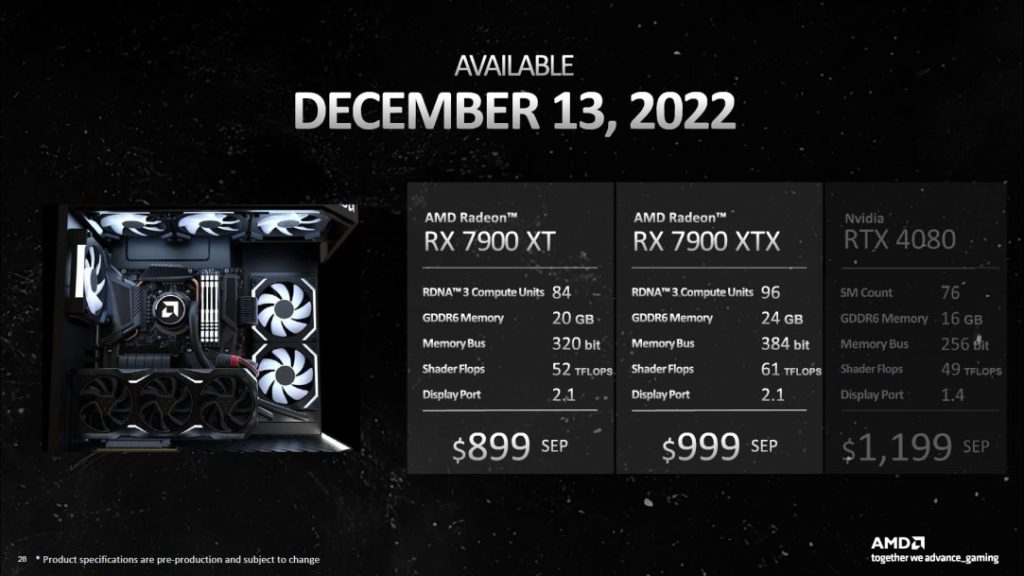